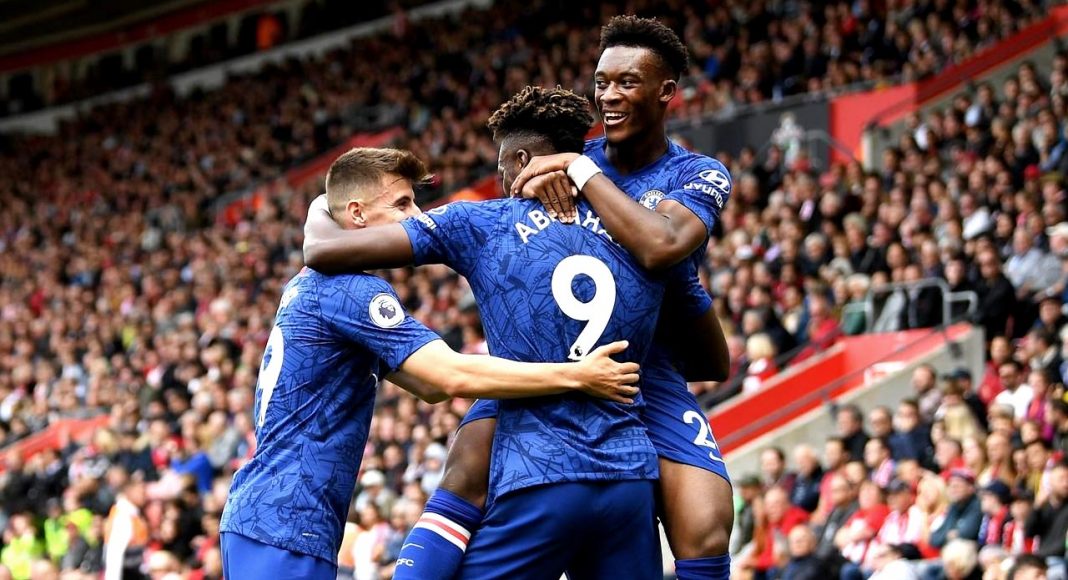 It has been a great start to the season for Frank Lampard and his young Chelsea side. The players that are involved on a weekly basis for the club now have got fans back on side following the disillusion that came with the style of play by former manager Maurizio Sarri. His departure to Juventus in the summer meant that the stage was set for an emotional return to the club for Lampard.

Questions were asked of the manager before he even took to the dugout, and those rumbling grew louder after an opening day defeat at Manchester United. However, it would seem that the young players that Lampard has placed his trust in have excelled when pushed, and a tricky opening start to the season has put the Blues on a path that is only going up.

Lampard’s main aim at the start of the season was to finish in the top four, and with the questions now answered about the quality of the younger players and the faltering of their rivals for that position; it would seem that Chelsea are in pole position to push on and achieve that goal.

Undoubtedly the failings of Tottenham Hotspur and Manchester United have been well documented and will only help the rise of the Blues and them achieving their goals, but Lampard has been quick to reiterate that they still have to win their games, and they have.

The young Blues side are improving on a weekly basis, and the right formula seems to have been reached by the new manager. Defensive issues that were plaguing performances at the start of the season have been fixed, and the new system seems to be one that gets the best out of N’golo Kante, Jorginho, Mason Mount and Tammy Abraham.

The prowess that the Blues have in the attacking third has made them a serious threat. Abraham has already scored nine goals this season, despite being written off at the beginning of the season, while Willian has been reborn this season with a newfound sense of desire.

The return to fitness of Callum Hudson-Odoi will add another element to the side, and it seems only a matter of time before Christian Pulisic finds the right notes and can reach his optimal level of performance. It is an exciting time to be a Chelsea fan at this moment, and Blues fans can safely back the club on a top-four finish with MobileBet. But, which younger players are going to determine how well Chelsea can do this season?

One of the best young players in the league to this point has been Mason Mount. At the start of the season, it was unclear what role he was going to have in this side, and whether Lampard was going to use him as a fringe player as he has never played in the Premier League before.

However, judging by his recent performances, it would seem that he is almost undroppable at this moment in time. Mount has excelled to the degree that he has been called up to both England squads so far this season, and could challenge James Maddison for a place in the number ten position for next summer’s Euros. Of course, Maddison will possibly get the run of the green after impressing for two seasons in the top-flight, but it’s hard to look past Mount’s numbers in the current campaign. He has played eight times for the Blues this season and scored four goals. That means that he is averaging a goal every other game, which is an astonishing record for a number ten.

Jesse Lingard and Dele Ali could only dream of having those kinds of numbers, and they play in the same position and are deemed Premier League veterans. That is one of the reason’s why Mount has leapfrogged them in the England pecking order. If he is to sustain this form, then it would be incredibly unlikely that he would miss out on a place in the Three Lions squad for next summer’s showpiece event.

One of the most pleasing aspects for Lampard this season would be the performances of Tammy Abraham. The English striker had been written off at the beginning of the season, with experts claiming that the forward isn’t Premier League quality, and using his ill-fated season with Swansea as an example behind their reason. Abraham has certainly grown a lot in that time and improves immeasurably. His return in the Championship last season was staggering; as he scored 26 goals in 40 appearances to help Aston Villa get promoted into the Premier League.

The West Midlands side were keen on extending his loan, but as soon as Lampard was appointed, he made it clear that Abraham was his number one striker. He endured a tough opening to his Blues career, which also saw him miss the decisive spot-kick in the Super Cup final defeat to Liverpool. But since then his record is undeniable. He has scored nine goals in ten appearances, with his first Champions League goal coming against Lille on the last matchday.

There are still elements to his game that he will need to improve on, but there aren’t many better young strikers in the world than him right now. If he can continue this excellent record, then it would seem he would be England’s second-choice striker for the Euro’s next year behind Harry Kane.

Gareth Southgate could even opt to play him alongside Kane as their two games will complement each other well. Abraham was given the number nine shirt at the beginning of the season as a sign of trust by Lampard, and he has taken his game to the next level with that newfound trust from his manager.

There are numerous other examples in the Blues side at present that could force their way into the England set up. Fikayo Tomori was called up for the first time recently, while Callum Hudson-Odoi and Ruben Loftus-Cheek will also be players that will interest Southgate. If all these young players continue to perform to the standard they are now; then there is no reason why the Blues can’t finish in the top four.