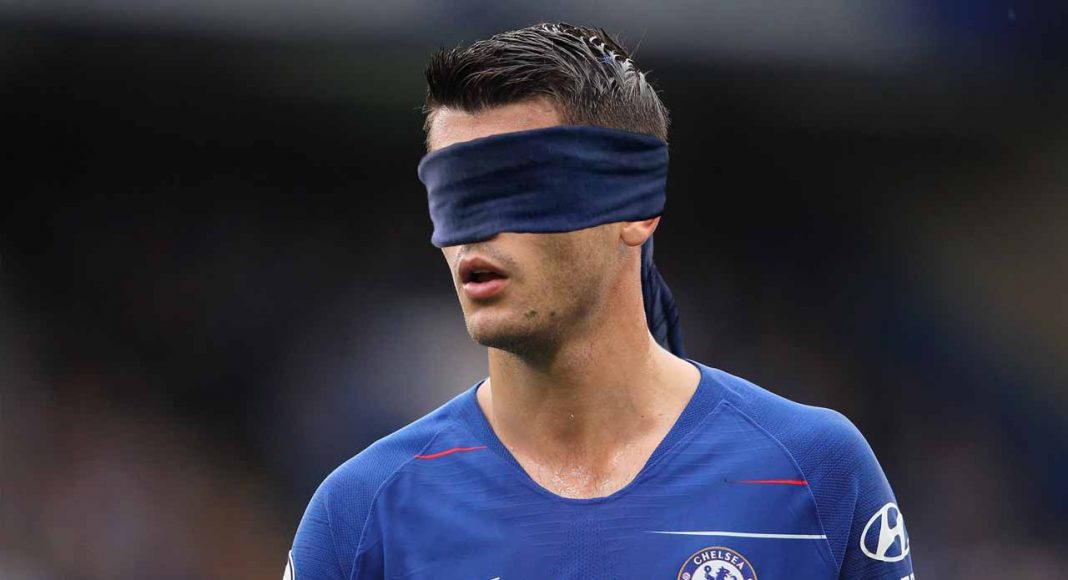 On a weekend that saw both Tottenham and Arsenal spanked by minnows, Chelsea avoided following the same embarrassing trend by defeating Crystal Palace at Selhurst Park.

The major talking point following the game will be N’Golo Kante’s goal, his second this month. However, in a game that provided little entertainment, there were more subtle moments of note. Don’t fear, we spotted them all.

Alvaro Morata covered himself up prior to kick-off. He could have been attempting to hide his identity from the travelling Chelsea supporters, who may well have given him a few words of advice on what he ought to do this January.

Either that or he’s been watching BirdBox on Netflix. He played like he was blindfolded having been subbed on, in all honesty.

Luiz and Sarri now arguing about something. Neither man backing down.

David Luiz and Maurizio Sarri are two very passionate men. With emotions running high, they likely didn’t need anything significant to spark them into a fully blown argument.

Thankfully, we assume that there was no punches thrown in the dressing room at half-time. Both men emerged for the second period without black eyes or any sign of blood.

What a pass this was from Kepa, and it’s not the first time we’ve seen it from him this season. He’s every bit as good with his feet as he is his hands.

Kepa’s distribution is a farcry from Thibaut Courtois’ vein attempt at passing the ball. We really have upgraded on the Belgian at the first time of trying(You’d hope so considering we paid a world-record fee for Kepa).

Did we miss anything, Blues? Let us know on Twitter @TalkChelsea.

Previous article‘Not Chelsea level’ – Chelsea fans single out one player for criticism after win over Palace
Next articleWillian issues warning to Liverpool over Premier League title – do you agree?