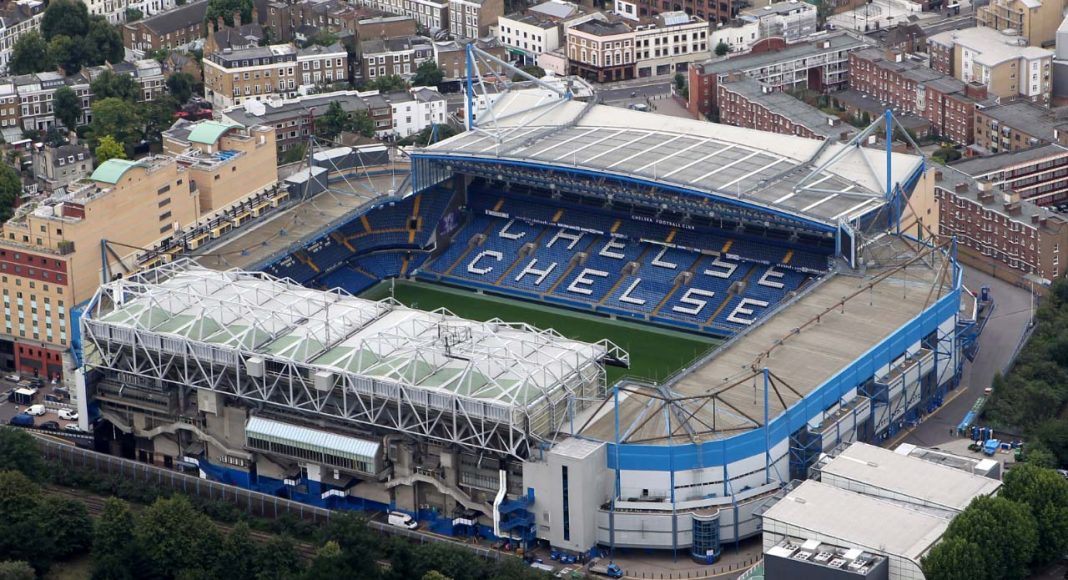 Guus Hiddink has identified a top four finish as a possibility for Chelsea, after he told his players to be “ultra-critical” of themselves following their disastrous start to the season.

The Blues currently sit in 15th place in the Premier League table, eleven points adrift of fourth-placed Tottenham and a further nine behind leaders Leicester City.

Yet the Dutchman, who has previously been successful in resurrecting seemingly dead Chelsea campaigns, has called on the squad to show they still have the fight to succeed for the club.

Whilst a top four finish may – mathematically, at least – seem a possibility, in 2008/09 during Hiddink’s previous spell as caretaker boss, he was able to lead the Blues to FA Cup success and the semi-finals of the UEFA Champions League.

And with those two trophies still available, hope remains in SW6 that Chelsea may be able to achieve a degree of solace by ending the season with silverware – and with this Ladbrokes Christmas free bet promotion, why not opt for a festive flutter and back the Blues in 2016?

Nevertheless, with several members of the Blues’ squad still underperforming, here we identify a number of star players who considerably need to up their game after an individually sub-par start to the club’s title defence.

The Brazilian was excellent in last weekend’s defeat of Sunderland, but that sort of display has sadly been too rare in 2015/16. Despite his own inconsistencies – Oscar is the archetypal blows-hot-and-cold player – there is no doubting that when Oscar plays well, Chelsea tend to do the same.

His dynamic approach to the game brings a great degree of energy to the Blues’ midfield, and, when playing released of his defensive shackles, the Brazilian offers a creative threat that combines inventiveness and incisive forward passing.

But with just two Premier League goals to his name this season – and with both of those being from the spot, it is clear his attacking output is somewhat limited at present. If Hiddink is to bring trophies back to Stamford Bridge this season, he’ll need his best players to perform.

Probably the biggest surprise that has come with Chelsea’s downfall this season is the complete slump in form and confidence that Eden Hazard is currently suffering from. Without a goal all season and currently on the treatment table after picking up an injury in the defeat at Leicester last week, Hazard is unrecognisable from the player who won the Premier League’s Player of the Year accolade in 2014/15.

Even in the formative years of his Stamford Bridge career, Hazard remained a potent attacking threat, but despite creating the second-most chances in the Premier League this season, the young Belgian looks a long way off his best. His development will not have been helped by former Blues boss José Mourinho’s comments declaring Hazard is as good as Real Madrid’s Cristiano Ronaldo, but his quite obvious regression is cause for major concern for Chelsea supporters.

Hazard has played more than 220 games for club and country combined since his move to the Blues in 2012 – his lethargy, then, perhaps down him being completely burned-out? With fellow Chelsea stars Oscar, Ramires, Branislav Ivanovic, and Gary Cahill also having played near 200 games in the same period, can Chelsea’s reversal in fortunes be down to players simply being exhausted? Whatever the reason, it is clear Hazard’s efforts must double, and soon.

Whilst a convincing argument can be presented over the dramatic decline in form that Matic’s Serbia team-mate Branislav Ivanovic has experienced in the past twelve months, it is clear that the cause of much of Chelsea’s defensive woes are down to a lack of protection from the midfield pair of Matic and Cesc Fabregas.

Whilst it is Fabregas who has, somewhat unfairly, in my opinion, taken the brunt of the discontent of the Chelsea supporters, it is currently Matic who is the weak link. There is a reason Fabregas isn’t even half of the attacking threat he was last season – it’s because he is having to work overtime in a less-preferred defensive capacity to cover for Matic, who is another player who looks leggy and continuously tired through overuse.

Matic was the lynchpin of the team last season, but since Chelsea’s 5-3 reverse at White Hart Lane on New Year’s Day where Mauricio Pochettino doubled up on Matic to limit the time he had on the ball, other teams have followed suit and been able to nullify the Serbian completely. Without that link between the midfield and back four missing, the Blues’ defence has been overly exposed, which goes some way to explaining why they have shipped such a vast quantity of goals when, last season, they boasted the meanest rearguard in the top division.

I have already expressed that a return to the side for John Mikel Obi – who Hiddink worked with the last time he was in the Stamford Bridge hotseat – could reduce the strain on Matic, who has been an ever-present since his switch from Benfica in January 2014. Chelsea need to go back to basics, and that means building from a strong defensive foundation which, at present, they simply do not have.