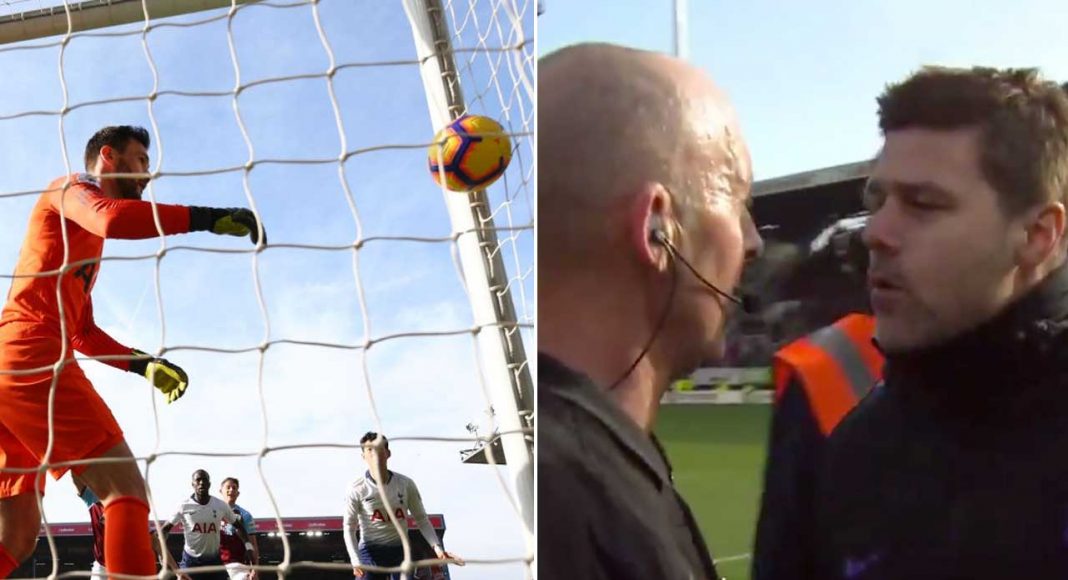 You may think it absurd for us to laugh at Spurs, with Chelsea not being anywhere near the top of the table, but how could we ever pass up a challenge to rub their noses in it? They would never hesitate from doing the same to us.

Spurs are serial bottlers. It happens year after year. Mauricio Pochettino’s men have, commendably, kept pace with Liverpool and Manchester City at the top of the table, but we’ve been patiently waiting for the implosion – and it’s arrived.

Tottenham headed to Turf Moor knowing that they could go within two points of Liverpool and Man City with a victory. What did they do? They only went and lost 2-1, even with Harry Kane fit again and in the starting eleven.

Not only that, but the cracks began to show at half-time, as English football’s sweetheart Pochettino unleashed his uncontrollable rage upon referee Mike Dean. He’s surely going to face action from the FA as a result of this…

Fair to say Mauricio Pochettino is not happy with referee Mike Dean after his side’s loss at Turf Moor! 😱

You love to see it…