Mauricio Pochettino has refused to rule defender Jan Vertonghen out of the clash between Tottenham and Chelsea at Wembley this weekend.

Vertonghen, who has been out injured and hasn’t pulled on the Spurs shirt since September, has earned a reputation as one of the best defenders in the Premier League since moving to North London.

His partnership with compatriot Toby Alderweireld has been the foundation of his side’s ‘success’ in recent seasons. Though, they have nothing to show for it, in typical Tottenham fashion.

Trophyless they may be, but we mustn’t take Spurs for granted, especially following the news that Vertonghen could be involved in the game.

Speaking in his pre-match press conference, manager Pochettino is quoted by Goal saying:

“It is very good news, he has been training with the group. We have to wait until tomorrow [Friday] to see whether he can be involved.”

“Jan is such an important player for us. We have a very busy period ahead so it’s important to recover our players.”

We’ll have to wait and see if he’s fit enough to start. Either way, we’d back us to secure all three points. It’s Tottenham, after all, it ought to be light work. 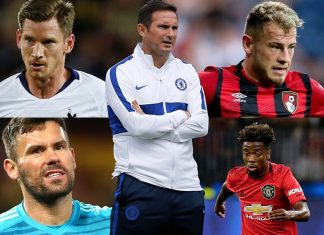