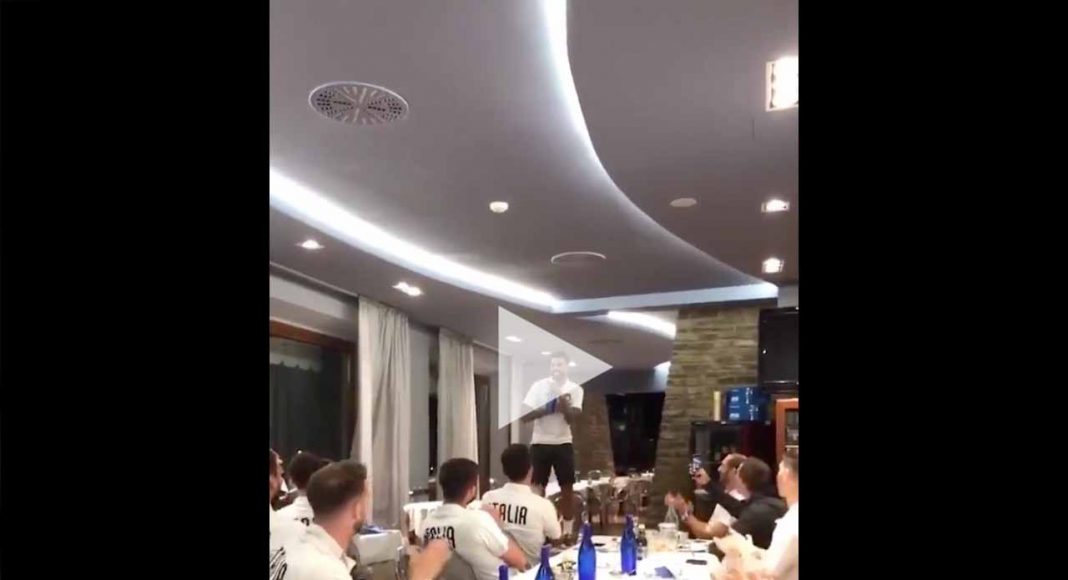 Emerson Palmieri has taken to the stage for his Italy induction following his first call-up to the national team.

It’s a tradition in football. Any new players for a club or national team have to get on the table and sing their hearts out. Palmieri wasn’t getting out of this one after being called-up by Roberto Mancini.

Palmieri was granted Italian citizenship in 2017, and having never made an appearance for Brazil, made himself available for selection for Italy.

He will have been looking forward to taking to the field of play for his country after being called up, but that can’t happen before he did his initation.

Be showed great promise confidently strolling over and grabbing the microphone, then decided to sing Ai Se Eu Te Pego…