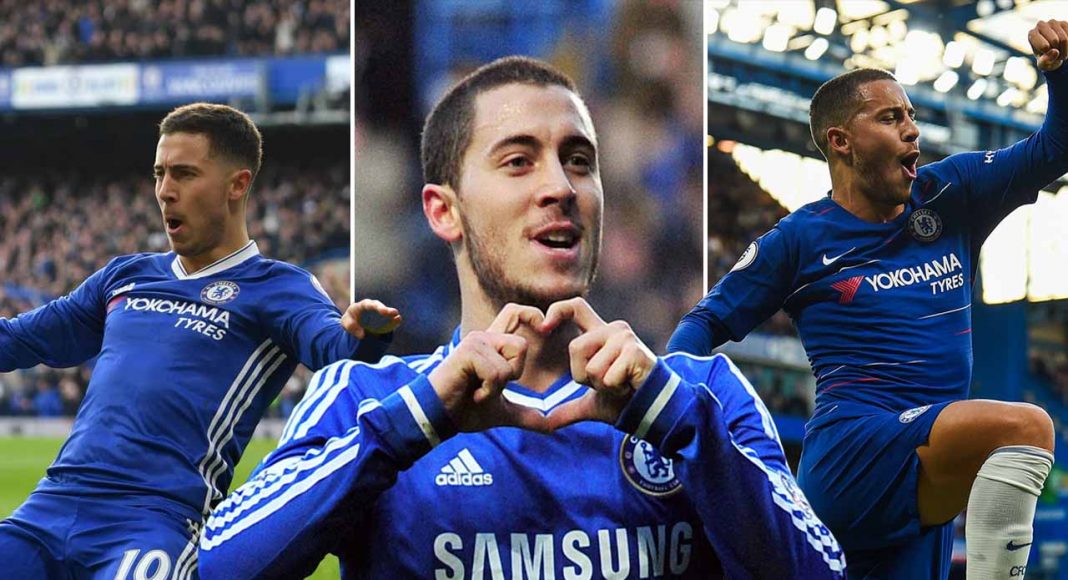 Eden Hazard scored his 100th goal for Chelsea yesterday evening, and Blues fans have sprung into action to celebrate our star man achieving such a feat.

Hazard is all of our favourite player. He’s our best player, and his influence is near immeasurable. The role he has played in our recent successes cannot be understated.

Last night’s game was testament to his importance. A brace against Watford to win us all three goals in our efforts to keep pace with Liverpool, Tottenham and Manchester City.

His first goal was trademark Hazard. A brilliant drop of the shoulder to sit the goalkeeper on his back-side and a clinical finish. We’ve seen it from him time and time again.

With Hazard hitting his 100th goal, it’s time for us to reflect and consider which of them was the best. Thankfully, one Chelsea fan has put together a compilation of the lot.

Our favourite has to be the solo goal against Arsenal. Let us know yours either in the comments section or on Twitter @TalkChelsea.