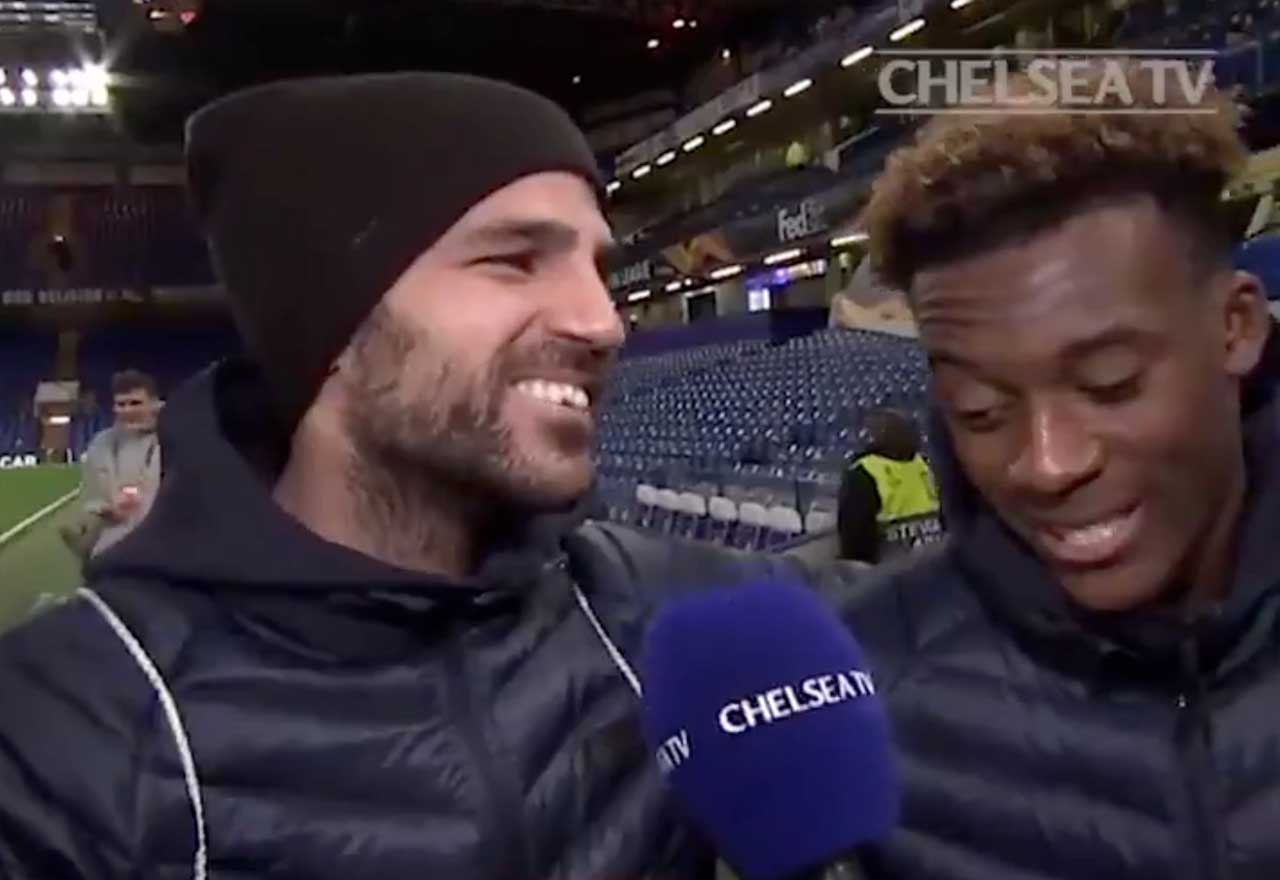 Hudson-Odoi scored his first ever goal for Chelsea against the Greek side. The first of many, we hope.

Fabregas, who has built a career on his ability to assist goals, rather than score them himself, made sure that Hudson-Odoi won’t forget who assisted his first, no matter the amount he goes on to score in his time as a footballer.

As Hudson-Odoi chatted with Chelsea TV after the game, Fabregas himself appeared keen on getting on camera…

‘Who gave you your first ever goal for Chelsea?’ 😂@cesc4official on hand with another assist tonight! 🎯 #CFCvPAOK pic.twitter.com/HsFOzr16IZ

Though they are two players at polar opposite ends of their careers, Hudson-Odoi and Fabregas are two players whose future at Chelsea is under the spotlight. Let’s hope that Cesc has a word in Callum’s here off camera and tells him to sign a new deal!