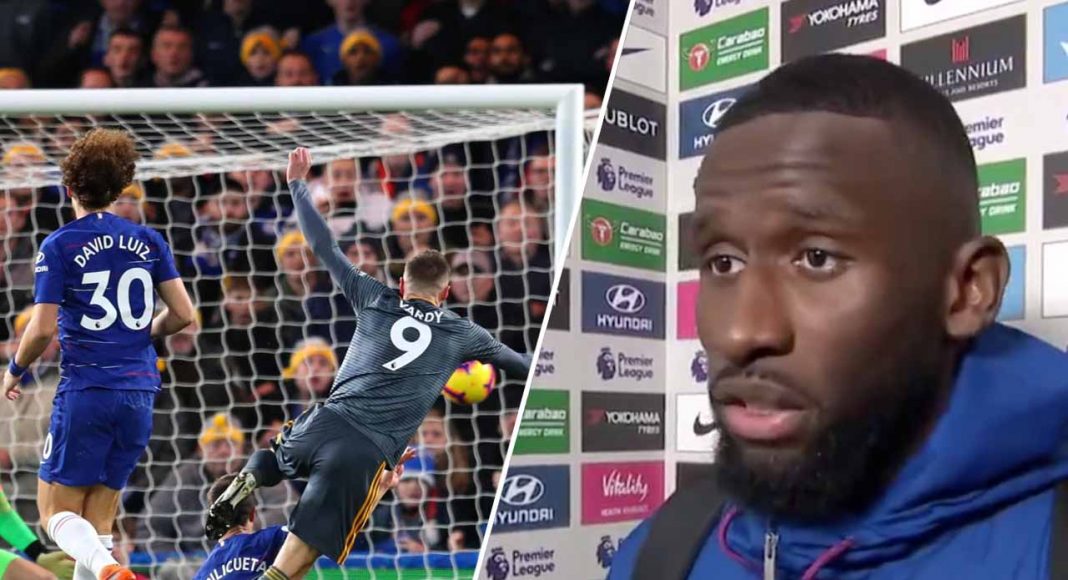 Oftentimes, when someone claims they ‘say it how it is’, they actually tell you how it isn’t, just loudly. Antonio Rudiger isn’t one of those people.

Rudiger is blunt. No bulls**t. No cliches. And we like it.

Following Chelsea’s shocking loss to Leicester City at Stamford Bridge, Rudiger was noticeably fuming during the post-match interview he did with the BBC.

The German international didn’t hold back, suggesting that the reasoning behind the defeat were a “lack mentality” and our players being “stupid”.

We’re not sure that his teammates will appreciate his stark words, but we certainly do. Have a look at this.

“Stupid” and a “lack of mentality”

Rudiger has been a rare consistent performer in the Chelsea team this term. He did everything he could to prevent the Leicester goal, but it wasn’t enough.

He had the presence of mind to move across to the left to cover for David Luiz, but nobody tracked Jamie Vardy’s run and we were subsequently punished.

We hope that Rudiger’s harsh words carried over into the dressing room. Some of the players could do with them to wake them up to how poor they’ve been.