A little bit of time has passed since John Terry announced to the world that he will not be wearing a Chelsea kit next season (it may have been four days or maybe a couple of years, since the announcement I have not been so sure about mundane things such as time) and with the time that has passed, a few more details have come out about the whole ordeal, and apparently it could get messy.

Terry spoke to journalists about this new revelation after our latest FA Cup win, one of those journalists was Dan Levene, and here is what our captain’s had to say:

“To be honest, I was in last week before the Arsenal game and it’s not going to be extended.  It’s my last run in the FA Cup so I want to make it a good one.  It’s a big season for me and I want to push on — not just in this competition but in the Premier League as well.  I knew before the Arsenal game so mentally I’ve kind of accepted it.  We just have to move on and climb the radio.”

“They said that when the new manager comes in, things might change.  It’s a no at the minute.  I needed to know now like I have done every January and sometimes it takes a couple months to get done.  Unfortunately it was a no.  It’s not going to be a fairytale ending, I’m not going to retire at Chelsea. It’s going to be elsewhere which took me a couple of days to get over.  But like I say, I knew before the Arsenal game and my performance isn’t going to change — the way I train, what I give for the club.  I want to give everything and finish on a high, on 100 per cent good terms with the club.”

“We spoke about my legacy and coming back to the club when I finish.  The most important thing now is to get us up the league.”

Up to this point, one would think that we are heading for a clean breakup, John even said that he was not going to play for another Premier League club.

“My agent made the call like we do every January. He got told over the phone and I called to set up a meeting the following day. The club immediately set that up which was great of them to do that. I wanted to hear it face-to-face.  They told me.  Unfortunately it’s not going to be. I feel though I’m in great nick, I’m playing great and I’ve got a couple of years to go.  It’ll just be elsewhere.”

Still, we can think of plenty of ways that things could be much worse. And the Telegraph reports one of those ways:

Chelsea have been left bemused by John Terry’s decision to announce publicly that he would not be given a new contract extension – given that the player and his agent were told that they should wait for the club’s new manager to make the final decision.

Terry asked the club last month to meet with him and his agent Paul Nicholls to discuss the question of a new contract extension. The club explained to them both that it was not a question of definitively answering whether Terry would be given a new deal or not, but player and agent said that an answer had to be given there and then.

Placed in that position, the club told Terry, 35, that as things stood they could not guarantee he would be getting a new deal as they did not want to pre-empt what their new manager would think about the situation. Terry was told that the issue was by no means decided and that he should wait to see how it developed.

It seems from this article and something similar in the Guardian that the club were hoping that the of the negotiations could stay behind our heavily bolted doors until everything is a little clearer, but Terry seems to be playing just as roughly and ruthlessly on the negotiations table as he has been playing on the football pitch for many years. The obvious reason for taking things out to the public stratosphere would be to put pressure on the Chelsea management because the last few months have seen the board’s relationship with the fans deteriorate like the prices of oil. Terrible results and the sacking of the club’s best ever/most popular manager were never going to be easy to digest by the supporters, and when you add an apparent unwillingness to keep the most successful player in Chelsea history, the club-fan relationship looks worse than ever.

However, our current manager seems to be leaning towards Terry’s side, according to the Independent

“I like very much the way he is playing, and that he is committed to the team. John is doing perfectly in his performances, he can carry on [playing], of course. He is fit, his ambition is enough to carry on.”

“The door is not shut, dialogue is always possible. But John’s statistics, and not just that but also the view I have on him [show] that he is very fit. He is not what you normally see in a 35-year-old player, that you feel you are getting a bit slower, and cannot accept that you are in a danger zone for red cards.”

“But none of that for John. He is fit and is performing as [well as] he has been while I have been here. And he will do. We have spoken about that, and he will be professional, but also work hard as well.”

So to sum up, Terry wants to stay and the club is not sure, which would be fine if he didn’t want an answer right away, but he does. And that means he could sign for another team right now. But the club could change their stance if the new manager needs Terry to stay, but we don’t have a manager set for next season. What we do have is a manager for the next few months who wants to give Terry a new deal if it were up to him, but does not want it to be up to him (he does not want to be the manager long-term)

So for anyone bemused about all of this, I would like to say: Welcome to Chelsea 2015-16! It is now clearer than ever that the club are having a real identity crisis since they’ve decided to part ways with Mourinho, but at least we seem to be attempting to give the next manager as much of a “clean slate” as possible, which is probably the best thing we can do right now, other than actually trying to get a manager for next season. 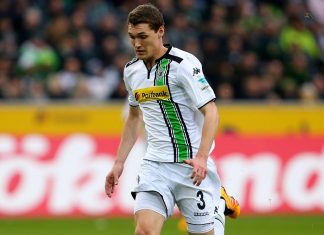 Andreas Christensen will not be sold

Can Chelsea Challenge for the Premier League Title? 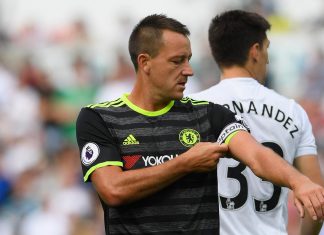 Terry out of Arsenal game & news on Zouma 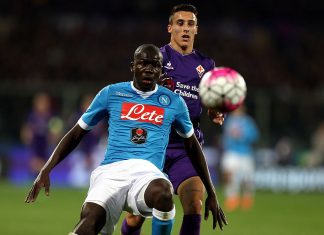 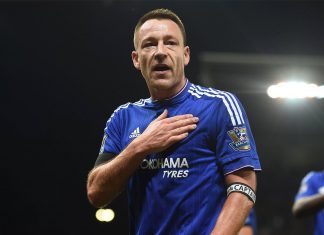 Walkout on 26 minutes for John Terry