In the darkness of our multiple failures last season, one player shined bright above the rest. His name was Willian Borges da Silva. His timely free kicks at the first half of the season, along with a handful of great performances earned him the Player of the Year award and now, an upgraded -reported- £120,000-per-week contract.

Willian’s new deal is Conte’s first order of business since officially arriving at Chelsea after the Euros. Of course, an agreement over the extension was long in the agenda even before Conte was announced as our manager, but it must say something, that the deal has been signed under the Italian’s eye and with his blessing, all of which could tell us that the Brazilian is going to be an important part of the Conte Revolution.

The 27 year-old was simply delighted with his contract, as per Chelseafc.com:

“I’m very happy to sign a new contract with Chelsea. It’s a dream to continue with this club and over the next four years I will try to help the team win more trophies.”

“It’s been an amazing time for me since I joined the club three years ago, I’ve won titles and last season I was named Chelsea Player of the Year. I hope to be able to stay at that level during the coming seasons and achieve more success.”

Willian has racked up 10 goals and 8 assists last season, his highest stats since signing for us three years ago. He has always been criticised for his relatively meager numbers and his bad decision making in the final third. He has however become an irreplaceable part of Jose Mourinho’s Chelsea, due to his exceptional work-rate and ability to keep the ball, especially against younger teams. And while he has maintained his place and role under Hiddink, there could be a change of role in the squad on the cards for the attacker, with some analysts speculating that he could be used as a wing-back by the incoming manager if there was a switch to a back three formation.

Now that Conte is finally here, we will get to see what kind of formation he will use and what exactly his plans for Willian are. Meanwhile, our winger will enjoy his newly bumped up paycheck before Conte makes sure that he is earning every penny of his new wages. 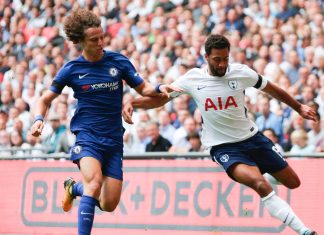