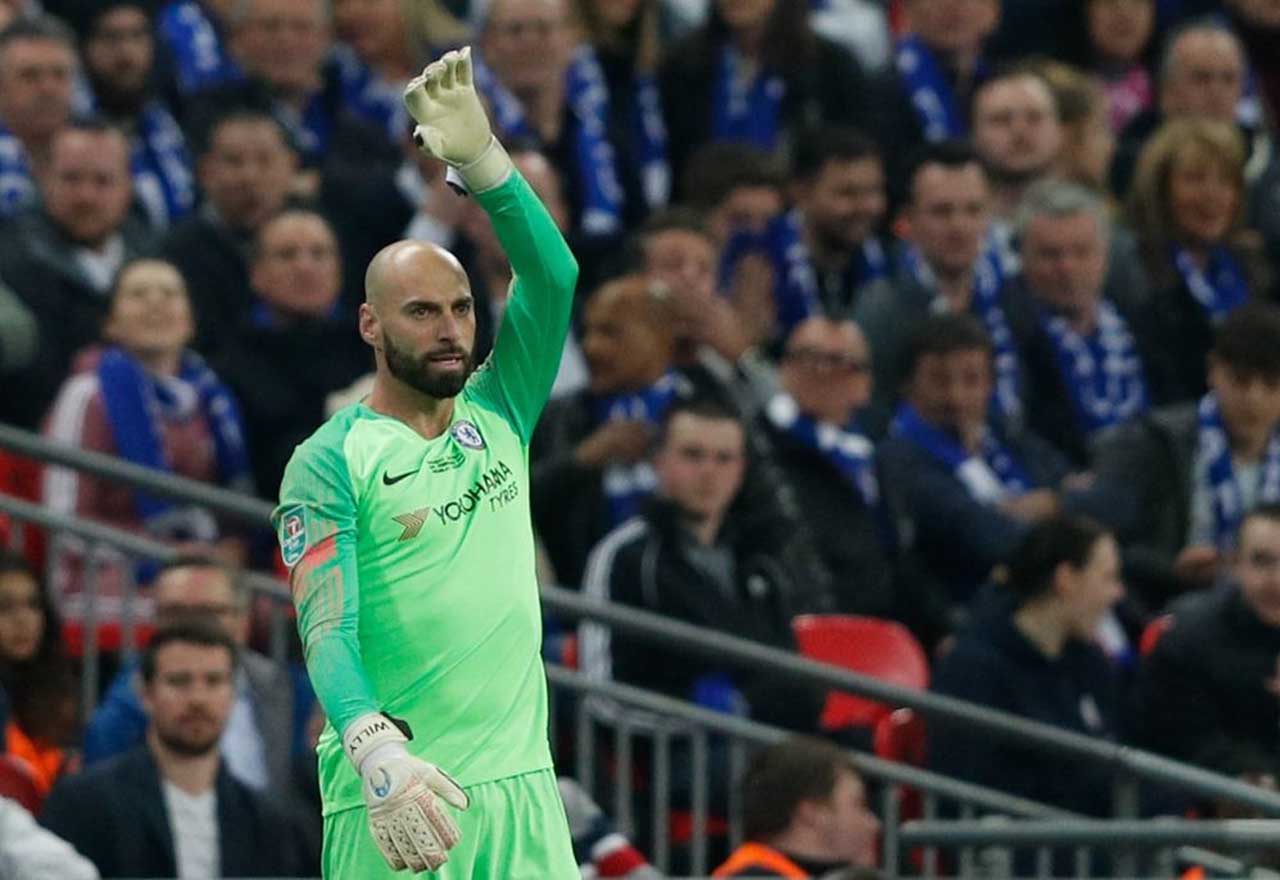 Willy Caballero was reportedly upset that Kepa Arrizabalaga denied him of the chance to face his former side in the Carabao Cup final on Sunday.

Many have had sympathy for Maurizio Sarri following the incident with Kepa Arrizabalaga, and rightly so. Our manager was humiliated in front of the entire footballing world. If we were in his shoes, we’d have stormed down the tunnel too.

One man who hasn’t had their fair share of the sympathy is Willy, who was stripped and ready to enter the action ahead of the penalty shootout at Wembley. He stood on the touchline waiting for Kepa to leave the field of play, but he never did.

According to the Telegraph, Caballero was upset that he was not given the opportunity to face his former side and have the opportunity to be the hero for Chelsea. Kepa, who he works with on a daily basis at Cobham, disrespected him also.

In many ways, Willy deserves to start against Tottenham, if only as further punishment for Kepa. With Sarri’s job on the line, however, we would be surprised if he didn’t name his best available starting eleven tomorrow. That doesn’t include Caballero.

(Image) Kepa trains at Cobham – and why this could prove significant for Sarri
Revealed: The Chelsea player who has confronted Maurizio Sarri TWICE this season