In the wake of Chelsea’s current defensive predicament, the answer may well lie in the much-maligned John Mikel Obi.

It would be impossible to argue that Mikel has failed to develop into the player many expected him to. Such promise was showcased in his first couple of seasons at the club, where, under the tuition and guidance of Claude Makélélé, Frank Lampard, Michael Essien and Michael Ballack, the young Nigerian never once looked out of place competing for a starting berth with such famous midfield generals.

Such high expectations have been imposed on Mikel considering the calibre of those aforementioned players – expectations that the former Lyn-Oslo man has never quite lived up to – but with the Blues in disarray defensively, a recall may well be within the team’s best interests.

It is clear that current pivot pairing Nemanja Matic and Cesc Fabregas are struggling at the moment, and their lack of form has left the defence overly exposed on more occasions than José Mourinho would have ever expected. True, the Blues took a calculated risk in allowing the squad a full month’s rest and recuperation over the summer. The consequence of this has been that the squad are not yet quite match fit, and performances have dipped as a result

Yet it is increasingly apparent that the biggest contributing factor to the West London outfit’s start to the season has been their midfield toils.

Chelsea have conceded more shots on target than any side in the Premier League this season, and having already shipped seven goals in their three fixtures so far this term, the form of their back four has been highlighted in the media – perhaps rightly so, as the team have already conceded a fifth of all the goals they let in in the entire 2014/15 campaign.

True, John Terry looks short of confidence, and his red card at West Bromwich Albion last Sunday has only added to an abysmal start from him, personally. Branislav Ivanovic has also been beaten in one-on-one duels eight times in 2015/16, the joint-highest in the division. The player he shares that honour with is Cesc Fabregas:

The Spaniard, this time last season, was utterly outstanding. Yet since Christmas, the former Barcelona man has endured a slow decline, and that has never been so pronounced as at present.

As a result of Fabregas’ failings, the pressure has been firmly placed on Matic’s shoulders – but even the imposing Serbian has struggled to stem the tide of goalwards momentum in Chelsea’s opening three league matches.

The point of a defensive pivot in a five-man midfield is facilitate the old “one stays, one goes” midfield principal. First and foremost, however, those two players are charged with plugging the gaps that are left by the marauding full-backs, Ivanovic and Cesar Azpilicueta, who are so crucial to Chelsea’s attacking dispersal.

Those two players offer the only genuine width under Mourinho’s present system, but it is because of the lack of positional awareness and defensive discipline currently exhibited by Fabregas (and to some extent Matic) that the Blues are conceding a lot of space in wide areas in their own defensive third. There is a reason that Chelsea are conceding a lot of chances from phases of play originating in wide positions.

This isn’t something that can be pinned on Chelsea playing a higher defensive line – because we’re not. To avoid exposing the lack of mobility of our centre-back pairing of Terry and Gary Cahill, the Blues have still been setting up with a relatively deep defensive block, which means following a turnover in possession, there is an almighty gap in between the back four and that midfield pivot.

Mourinho attempted to amend this against Manchester City a couple of weeks back. After being royally shafted in the first half by Yaya Toure and David Silva for that very reason, Mourinho brought on Kurt Zouma in order to play a higher line. It worked, and Chelsea performed far better in the second half – though that is hollow praise, in truth, considering how abject the first-half showing had been. 3-0 was possibly an unfair reflection on the game, but Chelsea deserved little from that particular encounter.

It wouldn’t be surprising if that discouraging result has dissuaded Mourinho from playing that higher line, and until another competent ball-paying centre-back – ironically in the David Luiz mould – such as John Stones or Raphael Varane arrive, it is unlikely seeing Mourinho change the backline too frequently over the course of the season; especially when that same defence played such an integral role in our double triumph last campaign.

That leaves only one real option – the return of Mikel. Mourinho has his favourites and it seems that Ramires is one of them, but in big games especially where possession is likely to be limited and the Blues are likely to have to be defending frequently, the Portuguese has opted to play Ramires in a wider role to offer a little protection to the full-backs. Yet maintaining the same pairing of Fabregas and Matic – whether it’s against world-class opposition in the Champions League, or even Walsall in the Capital One Cup next month – would be a recipe for disaster given their current shortcomings.

Playing Mikel would relieve much of the pressure on Matic, who is effectively doing the work of two sitting midfielders due to Fabregas’ lethargy. Kurt Zouma would be another option for that midfield position based on Mourinho playing him there on occasion last season, but it is likely that the Frenchman’s youthful exuberance would be better utilised in his more natural central defensive position at the moment with questions over Terry’s future in the side refusing to go away.

Yes, Mikel is technically limited. He lacks the same dynamic pace that Ramires has, so he can’t burst out from midfield and drive forwards with the ball. He also has nowhere near the same vision or creativity that Fabregas can exhibit, but he is far better from a defensive standpoint at the moment. Scoring goals isn’t so much Chelsea’s problem at the minute, but with Fabrgeas offering next to nothing in the offensive department, it currently comes down to the two players’ defensive contributions – and Mikel wins this contest hands down.

Mikel is a consummate practitioner in closing the game down. When he came on against West Brom on Sunday, even with ten men, Chelsea looked untroubled. His unfazed approach and composure in possession means that keeping the ball becomes a lot easier. He may not have the eye for a pass than Fabregas possesses, but the play is hardly ever forced with Mikel on the ball, and frankly, it is the pace of the game that Chelsea need to slow down in order to contain their opponents at the moment.

I am unsure over where Fabregas’ best position is in the 4-2-3-1 system. At the moment, relieving him from any major defensive responsibilities might enable him to recapture his incisiveness and creativity in attacking areas. Yet whilst his performances this time last year suggested that the deeper role was somewhere he could thrive in, it seems his inability to defend has led to him being “found out” in that position.

Likewise, some of his most abject individual showings last term came in a more attacking deployment, but such is his lack of form at the moment that him dropping to the bench at the expense of Oscar, who is a more rounded player for this particular Mourinho system, would not be unwarranted. Oscar would slot into the attacking three behind the lone striker, with Mikel then partnering Matic in the pivot, with the Serbian’s performances likely to improve if he’s given something of a helping hand in that part of the pitch.

He may be one of the most criticised players in our squad, but right now, John Mikel Obi may be the short-term answer to our problems. Football really is quite ironic at times.

Can Chelsea Challenge for the Premier League Title? 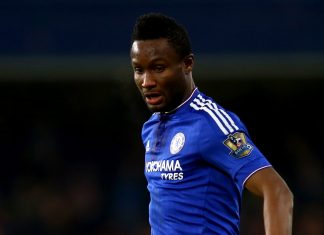 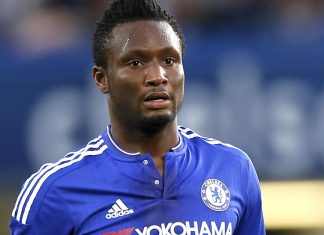 Mikel slams Mou: He was always looking for mistakes