Talk Chelsea
Home Opinions Arsenal-Chelsea combined XI: The Blues dominate the team – but not in... 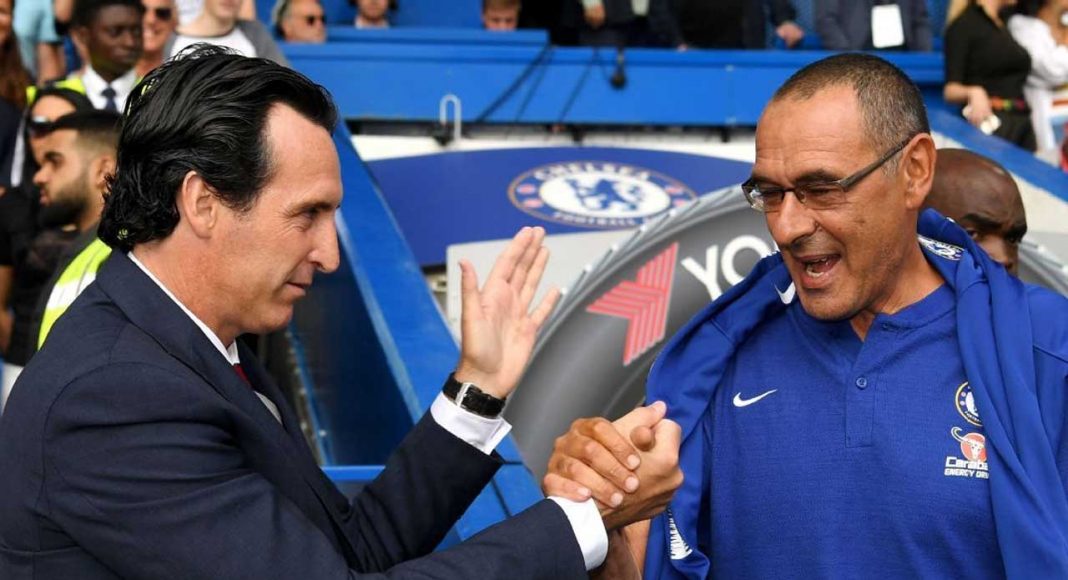 Chelsea visit the Emirates to take on Arsenal this weekend in a Champions League qualification six-pointer. We’ve combined the two sides’ starting elevens ahead of the game.

This age-old rivalry has produced plenty of drama over the years – and we’re hoping for more of the same this weekend. Arsenal v Chelsea, at the Emirates, with three precious points on the line in both side’s pursuits of Champions League qualification. It’s sure to be a cracker.

The points aren’t the only thing up for grabs in this one. Whichever side that loses the game condemns their loyal fans to a week of abuse from their counterparts, whether that be at work or school. Bragging rights are every bit as important in a game of this magnitude.

Chelsea head into this game six-points ahead of Unai Emery’s side, but that lead will be halved if Maurizio Sarri doesn’t get his game plan spot-on. Arsenal have been struggling in recent weeks, but when they have players like Pierre-Emerick Aubameyang and Alexandre Lacazette, they’re always dangerous.

Though, it’s rare that clubs like Chelsea and Arsenal do business over players of that quality, even if Aaron Ramsey was linked in the summer. The only time we’d realistically see either of them lining up alongside Eden Hazard would be in a completely theoretically combined starting eleven. Luckily for you, that’s exactly what we’ve put together.

Even putting bias aside, it’s hard to argue against the notion that Chelsea’s squad is superior to Arsenal’s at this current time. We have a better defence, better midfield and Eden Hazard. The only area in which that Arsenal made us look weak is at the spearhead of the attack.

We have also included Mesut Ozil in the third midfield position, which isn’t his natural role, but he’s arguably the best number ten of his generation. We also haven’t settled on a player to play in the third midfield spot week-in, week-out, so it would be hard to justify any of ours’ inclusion. What do you reckon, Blues? Let us know your thoughts both in the comments section and on Twitter @TalkChelsea.

Previous articleTransfers: Paredes, Barella… or neither? New option emerges for Chelsea in the market
Next articleChelsea have just ONE player unavailable for Arsenal trip, reveals Maurizio Sarri