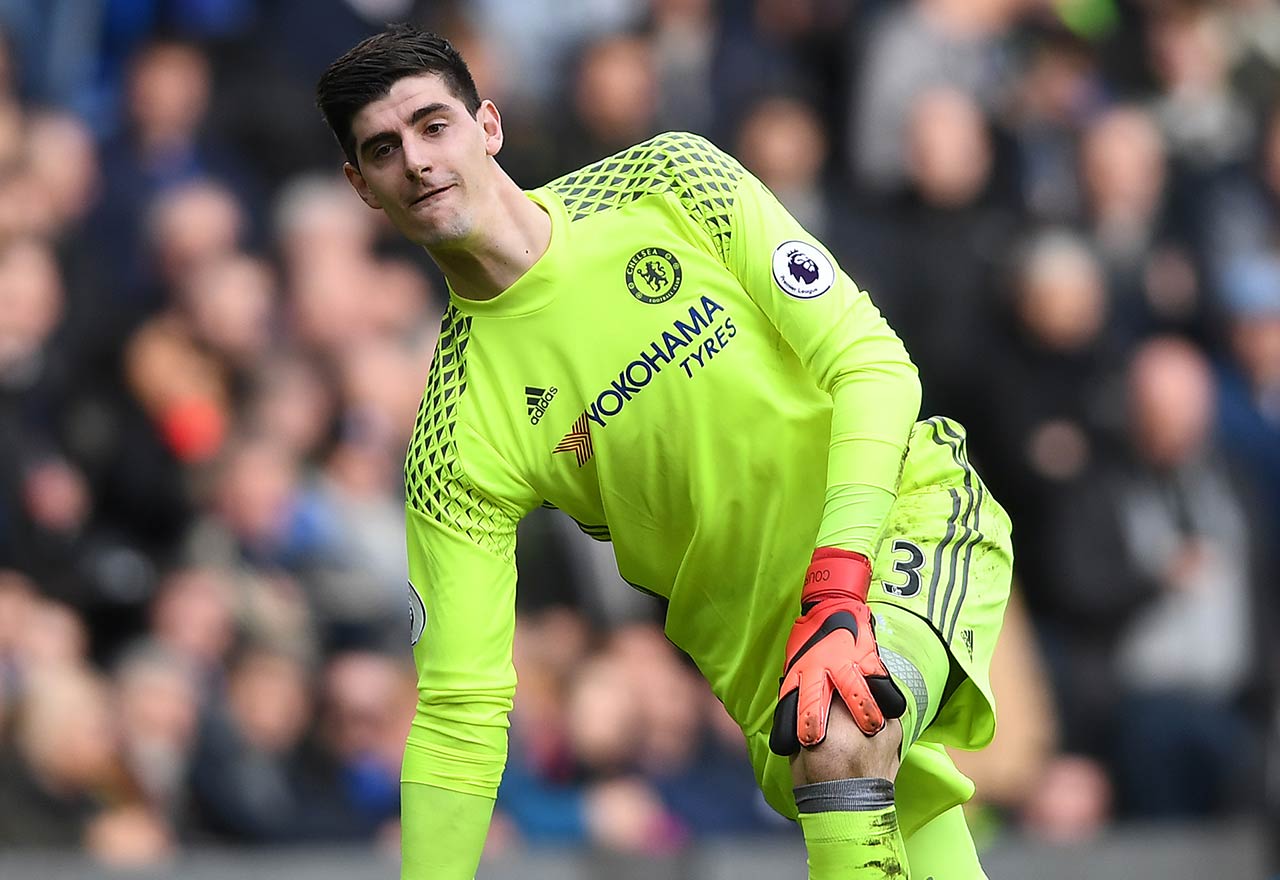 A decision which filled Chelsea fans with excitement as Courtois was regarded as one of the best goalkeepers in the world. They were eager to see how he performed and if Jose Mourinho made the correct decision about installing Courtois as number one.

At Atletico he won goalkeeper of the year twice, helped them win La Liga and also reached the Champions League final. Rumours persisted about Courtois wanting to make his loan move permanent, subsequently Chelsea reacted to this and immediately brought him back in a season where they won the double.

Unfortunately this season hasn’t gone as Chelsea and Courtois would of planned. He received a red card in the first game of the season against Swansea and then suffered a knee injury in training which ruled him out for three months. He then returned to first team action, but has fallen below expectations and performances of last season. He kept 16 clean sheets in 35 appearances last time around but this time he has just kept five in 32 games.

Courtois has been unusually vulnerable in the air and this is a cause for concern, since failing to collect a cross against Manchester City last season allowing David Silva to equalize his confidence in the air has completely faded. This has been translated into his game play too, getting beaten at the near post far too often for his own liking and parrying attempts back into the 18 yard area.

Rumours have circulated in the past few days that Courtois is weighing up his options and is considering his long term future at Chelsea. Real Madrid and Barcelona are also rumoured to be interested in the Belgium international who has caused a stir by comments he made whilst on international duty. He claimed the club were right to sack Jose Mourinho and he also preferred playing in front of his national teams defence rather than his clubs. Huge question marks remain over his future as he was quoted saying,

“I do not say yes, I do not say no. I do not know: I still have three years on my contract. We must see what Chelsea want”

Is this a player fully committed to the club or one pushing for a move?

What options could Chelsea explore if they decided to cash in on Courtois in the summer? Firstly give Asmir Begovic an extended run in the team. He came into the side when Courtois was injured, but the defence was extremely fragile and was often changed on many occasions. He is proven in the Premier League where he helped Stoke achieve their highest place finish last season.

Another is Marc-Andre ter Stegen who is not content on ‘wasting time’ at Barcelona. Employed as the cup keeper this season and last, ter Stegen evidently wants regular football. Chelsea could offer him that and at the age of 23 he has plenty of years ahead of him. If Courtois were to leave; AC Milan starlet Gianluigi Donnarumma is an option Chelsea could pursue. At just 17 years of age the teenage goalkeeper has two decades to look forward too.

It is rumoured Chelsea are demanding a world record fee for Courtois, so Chelsea fans would you cash in on the Belgium international?

As to whether he will be at Stamford Bridge next season is up for debate, with the Blues also allegedly having eyed up a potential star of the future to replace the Belgian should he leave.