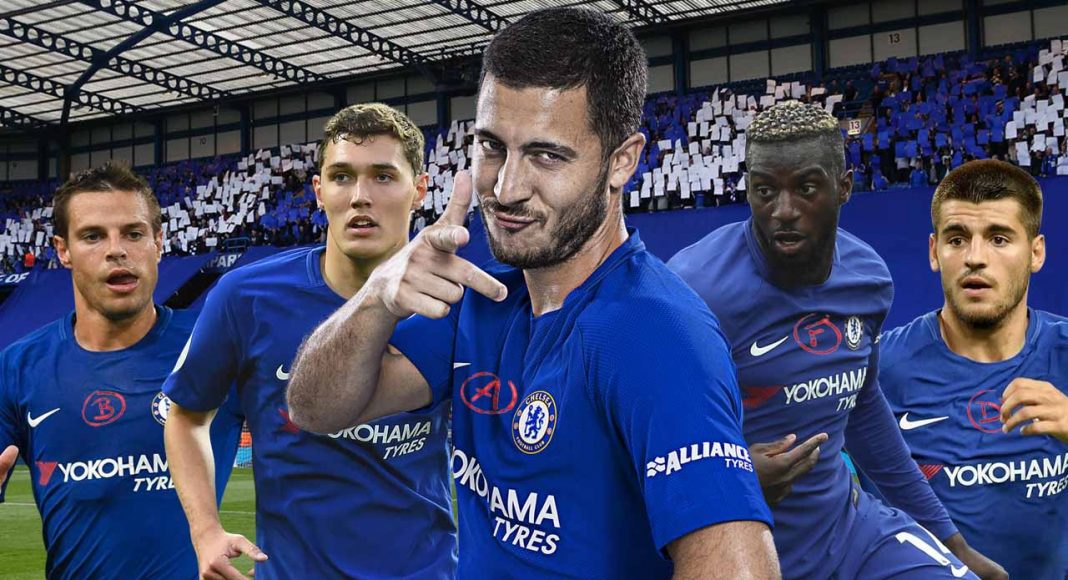 It’s safe to say that this hasn’t been the best season we’ve had since Roman Abramovich bought the club back in 2003.

We haven’t quite stooped as low as what we endured back in 2015/16 under the stewardship of Jose Mourinho and Guus Hiddink. ‘The Special One’ resembled a broken man, clearly suffering through the illness of his father. Hiddink, on the other hand, had us playing football that’d send you to sleep.

Things are not THAT bad – but they’re not great either. We have a real fight on our hands if we want to finish in the top four. Tottenham and Liverpool are flying. Our only hope is that Mourinho clicks the self-destruct button and Manchester United’s form nose-dives.

We sit here in March in this position because of the underperformance of our star players – but just how bad have they been? TalkChelsea have graded each of Antonio Conte’s usual starting eleven based on their performances this term. Do you agree with us?

Especially having won the Premier League Golden Glove last time around, we expected better from Thibaut Courtois this campaign.

He’s one of the best goalkeepers on the planet, which is why the bar is set so high for him. However, he hasn’t been as reliable as you would expect this term, and has been outshone by deputy Willy Caballero.

Cesar Azpilicueta is a world-class defender. This is now an indisputable fact. The Spaniard proved his credentials during the first-leg of our Champions League tie with Barcelona. The world is finally taking notice.

He has also provided more assists in the Premier League than any other defender this season. His early-season partnership with Alvaro Morata proved fruitful for the both of them, and the team as a whole!

Andreas Christensen’s two-year stint at Borussia Monchengladbach was an overwhelming success. He returned to Chelsea a far more complete footballer than we could ever have hoped for when he was shipped off to the Bundesliga.

He has taken to life as a Chelsea starter like a fish to water, and we can’t wait to see how many prosperous years the Dane spends at Stamford Bridge.

We’re not going to sugarcoat it, early on in the season we were worried that we had wasted our money by splashing out on Rudiger.

The BBC’s report on the move claimed that we spent £29M on the German, who on first viewing didn’t look to be a considerable improvement on Kurt Zouma.

However, with every game that he’s played, he’s looked more comfortable. He’s also a real threat in the air. The best is yet to come from Rudiger.

One of the disappointments of the season, especially after having such great season last time around.

Davide Zappacosta has not exactly set the world alight since joining from Torino on Deadline Day, but he’s still managed to provide Moses with genuine competition for his starting spot.

This is an area that we ought to look to build on in the summer.

N’Golo Kante, as he did for us last season, as he did for Leicester City in 2015/16, has set the example for his midfield counterparts this campaign.

The Frenchman no longer needs any introduction. He’s one of the best, and he’s here to stay at the top of the game.

Where do we start…

As per the BBC, we parted with £40M in order to land Tiemoue Bakayoko from AS Monaco. This is a player who was influential in AS Monaco’s Ligue 1 title triumph last season. He was also included in the Champions League team of the year.

That fee appeared to be a small price to pay for a player who had the potential to become one of the best midfielders in the world.

However, Bakayoko has failed to adapt to life in the Premier League and it is unclear whether Antonio Conte, or any potential incoming manager, would be willing to gamble on him.

Marcos Alonso’s defending has been characteristically suspect this season, but we’ll let him off because he’s been superb going forward.

The Spaniard has scored some excellent, and very important, goals this term. He’s also a constant threat from free-kicks.

We’re not going to become disillusioned by Willian’s incredible run of form. It’s easy to forget that he was sub-par for the first-half of his campaign.

However, the team has been struggling since the turn of the year and we dread to think where we’d be without our 2015/16 Player of the Year. At this rate, he may well be set to pick up that accolade for a second time.

We are always left wanting more from Hazard, but at times this season he has been closer to Cristiano Ronaldo and Lionel Messi than he has ever managed before.

The Belgian has found the back of the net 11 times in 26 Premier League appearances. He hasn’t been helped by the shortfalls of his teammates, and it’s for that reason that you couldn’t blame him if he jumps ship in the summer.

Alvaro Morata enjoyed an electric start to life in England. At first glance it looked as though we had found the perfect successor to Diego Costa at the first time of trying.

However, his form has tailed off, and prior to our FA Cup quarter-final tie with Leicester City, he had gone 13-games without scoring a goal.

Morata needs to buck up his ideas or risk being replaced in the summer, whether that be by a new arrival or Michy Batshuayi.

Do you agree with our grades? Let us know in the comments!

I dont agree with a couple Azpilicueta is an A all day long, his attitude and performances have been fitst class. I feel its a little harsh on Alonso too, i would say his performances and goals merit a B definately. Is there a z possible for Bakayoku, the worst… Read more »