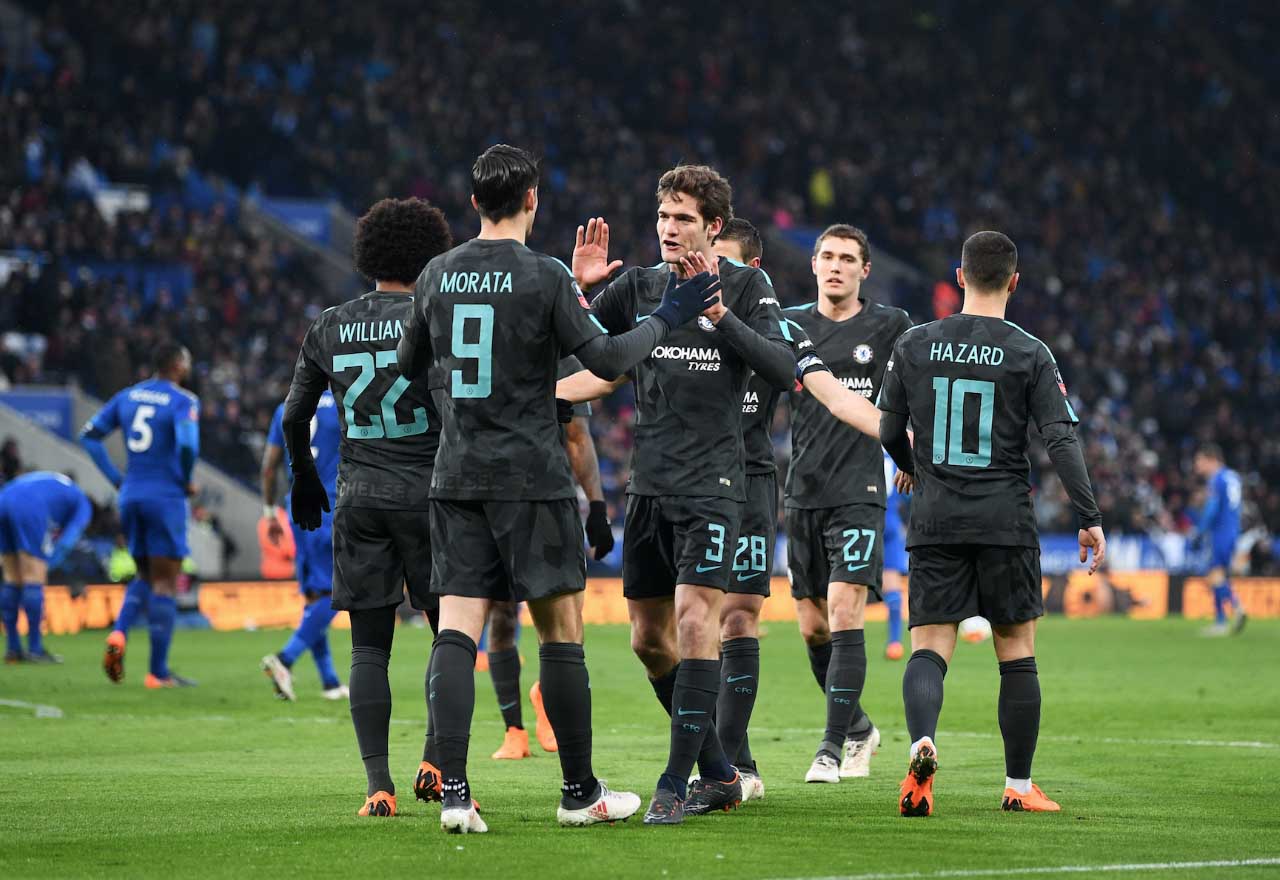 Chelsea have been drawn with Premier League counterparts Southampton in the semi-finals of the FA Cup – and we’re extremely excited about it.

We will play Southampton in the semi-final of the FA Cup. pic.twitter.com/2IpRNlOIdo

The Premier League champions defeated Leicester City on Sunday afternoon thanks to an extra-time header from Pedro to book seal their place in the semi-finals at Wembley. Southampton, who currently sit in 18th place in the Premier League table, won 2-0 away to League One outfit Wigan Athletic in the sixth round. Following the game, new manager Mark Hughes (as the BBC report) described the victory as “a statement of intent”.

All due respect to Wigan, but it’s chuffing Wigan.

Hughes left Stoke City in real genuine of being relegated from the Premier League, yet Southampton (for some bizarre reason) decided he was the man to help them beat the drop.

The Saints’ squad are extremely inexperienced in fixtures of this magnitude. Out of the 15 players Antonio Conte fielded at the King Power Stadium at the weekend, 13 of them have won a title of some form during their illustrious careers.

On paper, this is a serious mismatch, and it provides us with our only avenue to winning a piece of silverware this term. Though we mustn’t take Southampton for granted, you have to fancy our chances to progress into the final. Either of Tottenham and Manchester United would provide us with a tough test should we reach the final, and a showdown between Conte and arch-nemesis Jose Mourinho would be a mouthwatering season finale.

There’s plenty to look forward to from a Chelsea standpoint in a period where there hasn’t been a lot to cheer about. Regardless of whether we’re able to finish inside the top four and secure Champions League qualification – we can still end this season on a high.

One final thing… thanks, Petr! Look at his face, he’s chuffed to bits.

Leicester v Chelsea likely XI: Conte to make major change upfront, Fabregas to be dropped
Which Blues players could play themselves back into form at the 2018 World Cup?