Talk Chelsea
Home Opinions Chelsea opinion: Who is to blame for the Blues’ problems this season? 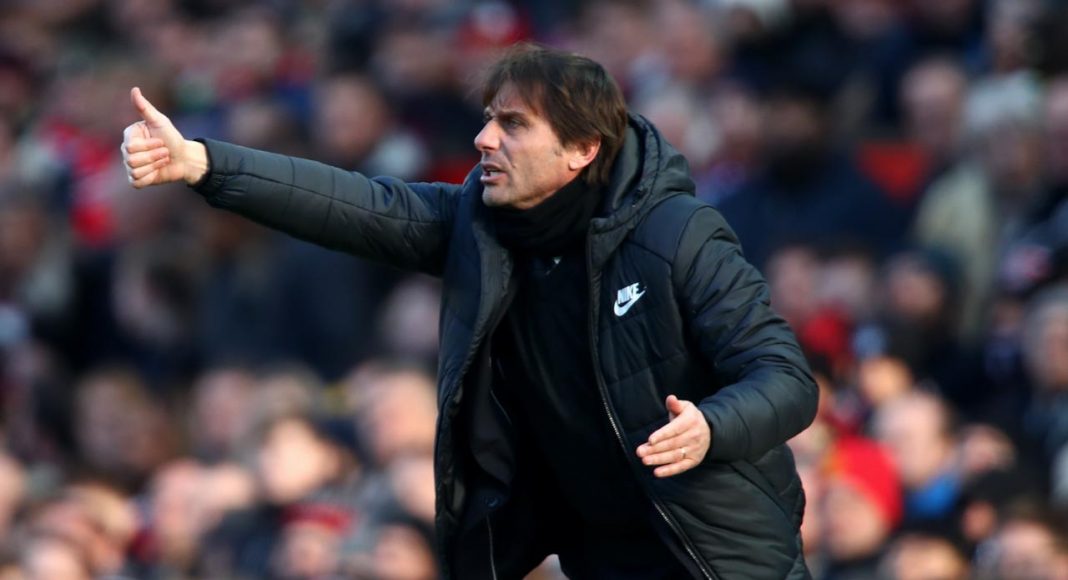 After an unlucky defeat to Manchester United at the weekend, Chelsea are now facing an uphill struggle to finish in the top 4 and qualify for next seasons Champions League. But the question every fan will be asking themselves at their workplace this week is “who is responsible if the club do not qualify for the Champions League?” The board?  The manager? Or even the players themselves?”

Antonio Conte has to take responsibility for some of the poor performances and, on occasions, his team selection in certain matches has raised more questions than it has answers. The decisions to field 3 central midfielders against teams in the bottom half of the league and the decision to play our best player, Eden Hazard out of position as a false 9 has raised doubts about Conte’s tactics in certain matches. Going half a season without a second striker that Conte trusts has had a negative impact on the team in terms of tactics, but also has resulted in the team scoring significantly less goals this season. Thus far, in the Premier League, after 28 games, Chelsea average 1.78 goals per game. We have also conceded on average 0.89 goals per game. Compare this to the title winning side of last year and there is a story to tell! Last season we scored 2.23 goals per game and conceded an average 0.86 per game.

Those stats clearly show that the team has declined at both ends of the pitch this season but the goal scoring stats speak volumes and goes some way to explaining why we are 5th in the league. In our title winning season, we were scoring 0.45 more goals per game. If Chelsea had the same goal scoring rate as last season, we would have scored an extra 12.6 goals at this point. This almost equates to scoring one extra goal every two games. After 28 games the stats suggest that we should have an additional 12-13 goals if we were scoring at the same rate as the 2016/17 campaign. If you look at our record this season, Chelsea have lost 5/7 games by a single goal, the club have also drawn 5 out of their 28 games they have played. Allow me to play devils advocate and state that if these these 12-13 extra goals had been scored, some of those draws would have turned into wins, and some of those defeats would have turned into draws. With these goals, we could be 5-10 points better off in the league. With these extra points, the pressure seems to ease and the “crisis” magically disappears.

Antonio Conte took a big risk by showing Diego Costa the door in the summer, the saga was handled poorly via text message and the club really didn’t need the controversy of this whilst trying to add and improve the current squad. A deal for Diego Costa to leave could have easily been tied up a lot earlier had it not been for the bad handling of the situation. Although I realise Costa is a bit of a handful, there is no denying that the situation could have been handled better.

Another question which arises from this, is who has picked his replacement? Strong rumours suggest that Antonio Conte’s number one target was in fact Alvaro Morata. As we all know it is impossible to tell what happens behind the scenes at Chelsea, but if this is indeed true, Antonio Conte has to take a big slice of the blame for failing to fire Morata into action, and failing to replace the valuable goals that Diego Costa brought last season. Alvaro Morata has only scored 10 goals in the Premier League so far, which is a long way off what the main strikers of our rivals have been achieving. The lack of goals and form from our number 9 has put extra weight on his team mate’s shoulders. Antonio Conte has to accept the blame for this, as does the player himself

Despite certain unfortunate events this year, the manager is not the only one to blame for the current league position. The board of directors at Chelsea FC have left Antonio Conte short in numerous positions on September 1st 2017. Conte had clearly demanded his club signed players that improved the squad in terms of “quality and quantity”, however some of the club’s new signings have put in questionable performances on the pitch.

Although the deals to sell Diego Costa and Nemanja Matic were very good financially for the club, the real question that needs to be asked is; “how is this income being spent?”.

The Danny Drinkwater transfer illustrated Chelsea’s desperation for a home-grown midfielder on deadline day in the summer, and when you acknowledge that the likes of Mo Salah have been purchased for a similar price, it really makes you question whether the money would have been better spent elsewhere. For a player that has only made 11 appearances this season, the majority of those coming from the bench, it seems as if it would have been more sensible to pocket that money and play the likes of Kyle Scott and Ethan Ampadu instead. The hefty £30M could then have been spent improving other areas of the squad.

As for Tiemoue Bakayoko, his career at Chelsea started with so much promise with a personal highlight coming in the 2-1 win over Atletico Madrid away from home. However, he has failed to hit the consistent performances which Nemanja Matic undoubtedly brought every single week.  He is a young talent and only 22 years of age, so he will surely improve over time. But this is a clear example of how a long-term transfer strategy can have severe implications. The club have failed to bring in an adequate replacement for Matic, and the league table suggests we are now paying the price.

The fact remains that Antonio Conte was severely let down by the board last summer. After winning the Premier League title I think our manager deserved a little more than what he ended up with. Going from August to January 31st without a number 2 “target man” forward and without a second choice Left Wing Back is inexcusable. Marcos Alonso has already played in 36 matches for the club this season.  Unfortunately, the times where we could have played our second choice Emerson Palmieri seem to have vanished considering every game from now until the end of the season is crucial.

If you look at the names and ages of the players Chelsea have signed in the last two transfer windows you can see there is a pattern. Alvaro Morata is 25, Tiemoue Bakayoko is 23, Ross Barkley, 24. We can also put Davide Zappercosta and Emerson Palmieri in the early-mid 20s bracket.

There is a clear strategy coming from the very top of the pyramid, these acquisitions have shown that there is a long term plan in place that represents huge potential and a lot of room for improvement, however, the fans may not be able to taste the fruits of success until the club move into Wembley Stadium 2-3 years down the line. In the mean time, the board of directors, or whoever is in charge of the recruitment of playing staff have taken a huge gamble, hoping or expecting that the team can still perform consistently, finish in the top four and win the trophies the club desires in the short term.

If the board honestly believe that the players will prove to be greats in the years to come, maybe missing out on the top four is a sacrifice worth making. Maybe for once the fans of Chelsea Football Club should start to see the bigger picture.  Maybe the fans and the board can come together and support a project that will start to blossom in five years’ time, instead of tomorrow. But if I know Chelsea as I do, I think the fans will see things very differently if we are playing Europa League football every Thursday next season. I also know that the board are ones to constantly contradict and undermine themselves, which normally ends up in a manager getting sacked and the club resetting and going back to square one.

Previous articleChelsea summer overhaul: Four in, three out, Blues eyeing one of the world’s best
Next articleChelsea interested in signing Real Madrid star, player speaks out on future