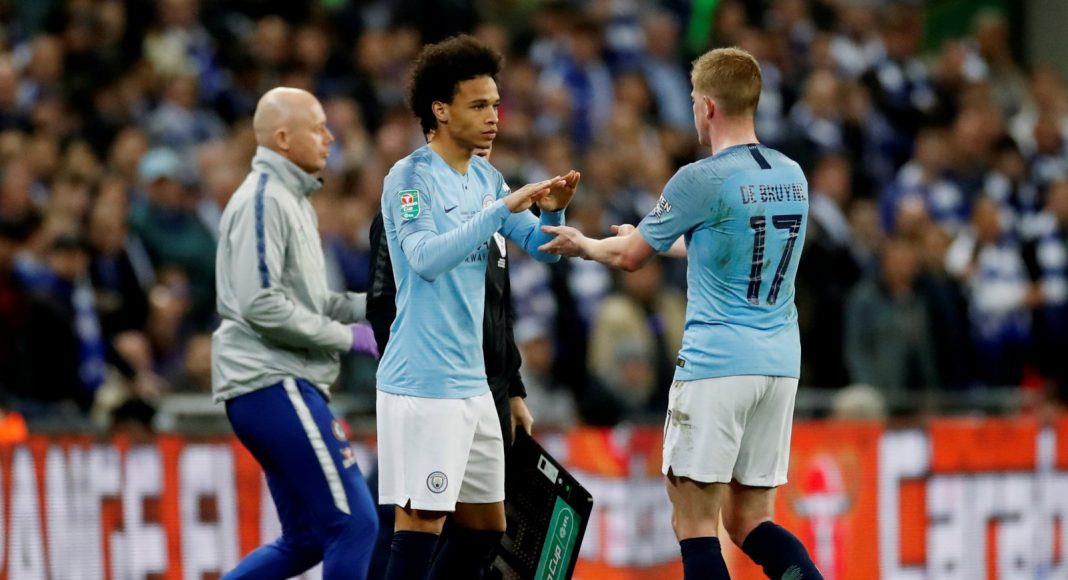 Chelsea have already signed Hakim Ziyech before the transfer window has even opened, but they would do well to attempt to tie up another ground-breaking deal as well if they are wise.

Although it seems unlikely right now, Chelsea should at least make an attempt to sign Manchester City winger Leroy Sane.

Of course, City will be reluctant to sell to a direct rival, and Sane will also draw the biggest names in football for his services including Bayern Munich, but it would be wise for Frank Lampard to get involved and ask the board to make a move for such a talented player.

Sane reportedly wants to leave City, with his family encouraging him to ‘turn his back on Manchester’. His current contract is up in 2021 so City might be persuaded to cash in, especially as he has spent a lot of his career there out injured.

Chelsea are likely to lose both Pedro and Willian in the summer with their contracts up and not looking likely to be renewed. Chrisitan Pulisic and Callum Hudson-Odoi have both been struggling with injuries for a lot of this season, and Ziyech is more suited to a central role than the wings.

So going for Sane would give them the quality needed on the wings to compete at the very top again. The 24-year old Germany international has the type of ability that can change a game in an instant, a lot like they have been missing since selling Eden Hazard to Real Madrid.

Sane is what I would call a world class player which at the moment, Chelsea don’t really have with the argument that N’Golo Kante or Mateo Kovacic could at least be near to it.

Nothing to lose in at least making an offer for the alleged unhappy City player.

This will be a good signing if CFC can avail themselves the opportunity. He is so talented and will love to see him in real Blue jersey.