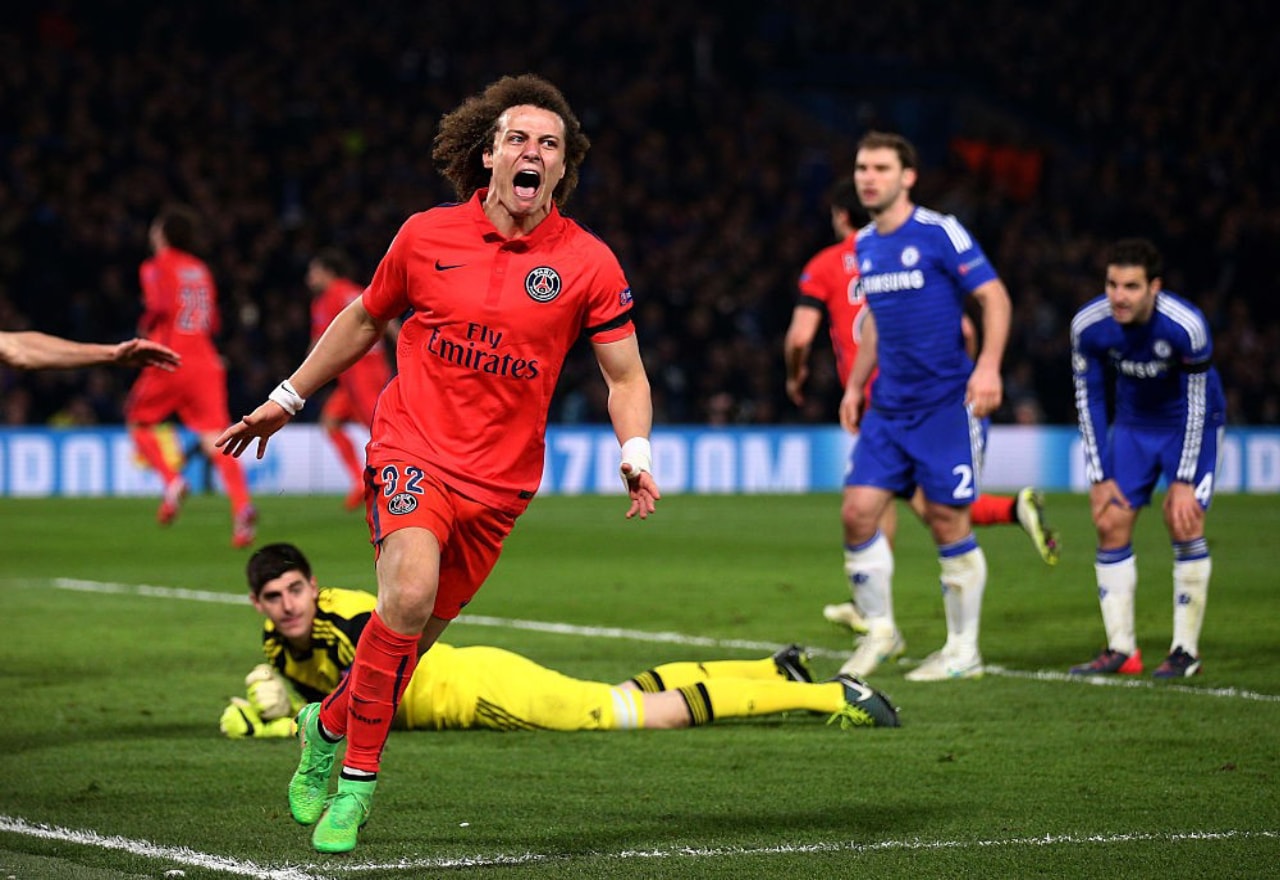 With the BBC reporting that Chelsea and Arsenal have agreed an £8M deal for the transfer of David Luiz, TalkChelsea editor Jamie Wilkinson takes us through his raw emotions.

David, this is the article that I never wished to write.

Reliable in his first stint, that would be a stretch. Dependable in his second, more so, but the edges remained rough.

David Luiz’s saving grace was never his defensive ability, of which he had little. It was his temperament. His ‘never say die’ attitude. His willingness to lay down his life for the shirt.

With the old guard departed, Luiz stood alone at the forefront of the dressing room. The only surviving member of Chelsea’s famous Champions League triumph.

With a new deal penned, Luiz was supposed to aid former comrade Frank Lampard in laying the foundations for our youngsters to thrive.

A gradual ushering out of the starting eleven was to be expected, but a collapse in relationship and subsequent departure was not considered a possibility.

Yet here we are, with Luiz on the verge of becoming an Arsenal player, with the reasons behind the fallout with his beloved club a mystery.

The only explanation, at least for I, is that Luiz’s affection for Chelsea football club was nothing more than an elaborate ruse.

History shows that he has a dishonourable edge to him. Perhaps it is our own fault for remaining ignorant to it for so long.

The facts speak volumes. His proposed move to Arsenal will be the fifth transfer of his career. Four of those will have materialised within the final 48 hours of the transfer window.

Luiz has not shown a great deal of sympathy in leaving his employers without sufficient time to secure a replacement.

That is merely a single slice of the pie. I was there in March 2015. I remember the look on his face and the stirring among the crowd.

His accomplishments first time around were a distant memory as he darted and dropped to his knees on the Stamford Bridge turf, having netted a late equaliser.

That cannot be considered appropriate behaviour from a man who claimed to have such a fondness for Chelsea. His endearments were screwed up and tossed in the trash.

While his actions on that night were long forgotten upon his return, we must remember them now, rather than waste energy mourning the loss of a fake.

The reality is clear, it is evident for all to see. Luiz is not one of this great club’s finest, he will be defined by how it ended.

Let us remember this moment, with us seeing through Luiz’s facade as he betrayed us to strengthen a rival without the possibility of us keeping pace.

His legacy has been tarnished, but that is no great shame for us. It is he who has to live with his mistakes.

He will realise what he cheaply discarded – and it will hurt.