Talk Chelsea
Home Opinions How Chelsea could be handed chance at the title by coronavirus chaos:... 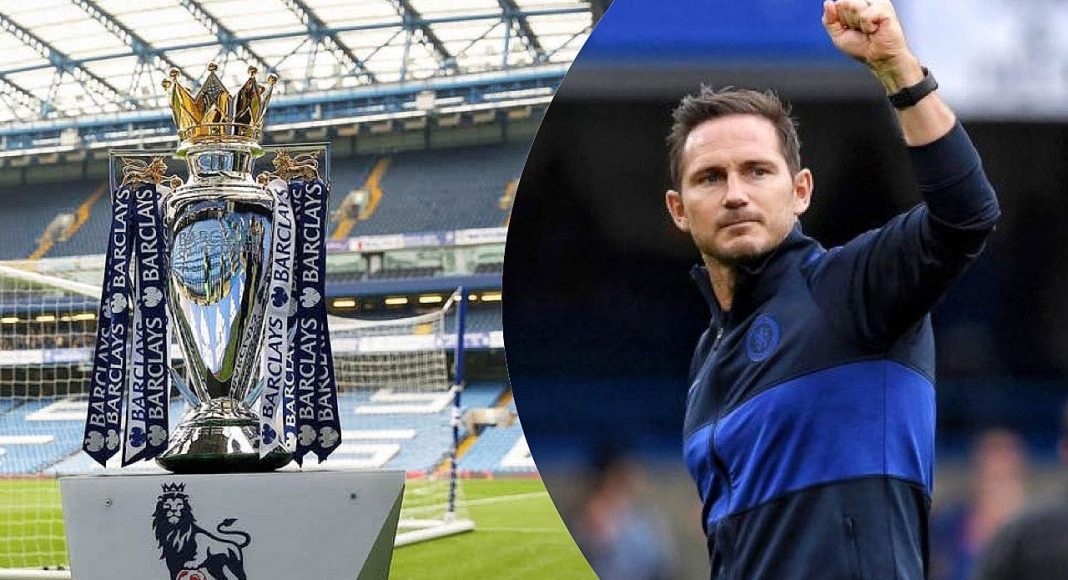 The Premier League today announced that the competition is suspended until the 4th of April, with the hope that things can get going again then in the wake of the coronavirus sweeping the world.

There’s no guarantee we will be anywhere near the end of this nightmare then, and the future of this league season is very much up in the air.

On Caughtoffside they suggested four ways the season could end, based on the options being assessed in Italy, where Serie A has been shut down for several days already.

The first option is to have a “vacant title” – effectively nobody wins the league, and everything else is left as it is. Nobody gets relegated, and there’s the possibility of a 22 team Premier League next year to stop Leeds and West Brom missing out on promotion. In this scenario, Chelsea would presumably remain in the Champions League on the basis that they were in it this year.

Italian FA mulling 3 options based on when/if situation allows Serie A to start again.
1. Declare title vacant, assign Euro spots based on current standings, no relegation
2. Season over, title/relegation based on table
3. Playoffs for title/relegation
(rooting for 3 myself)

The second would see the season ending on current standings – Liverpool win the league, Chelsea get fourth and the Champions League spot, the bottom three as it stands would go down. That would cause issues in itself, with Norwich, Bournemouth and Aston Villa not likely to accept relegation.

The third option is maybe the most intriguing – playoffs to decide who wins the title, who gets relegated and who gets promoted. Liverpool won’t be happy, given they have a 25 point lead in the title race – why would they agree to this? What would happen to Chelsea in this situation isn’t clear – but we would probably have to play some form of tournament to get into Europe.

That’s hardly ideal for us, given we’re sitting pretty in fourth, and have everything to lose. On the other hand, if we’re included in some kind of mini-playoff among the top teams to decide where the title goes, that does open the door for us to win the whole thing. That would be a quite astonishing turn of events given we’re thirty four points off the top. It would be a hard title to take seriously, but we’re certainly not going to turn our noses up at the chance to win it.

It’s not exactly clear how such a system would work, but Gab Marcotti has one suggestion for how it might operate in Italy:

Depends on how many games they can play, but if it is option 3 + you can manage 8 games I'd like a mini-league which takes into account points accrued so far. Maybe home/away and..
1-5 – Title/UCL
6-10 Play for 2 Euro spots
11-15 bottom gets relegated
16-20 bottom two go down https://t.co/I5qjzsBGzM

The final option is the most hopeful – the virus burns itself out and we’re able to resume the league on the assigned day (April 4th). But given the latest UK government forecasts say that the peak of cases won’t be until mid-May, this seems extremely unlikely to happen. Perhaps a further delay into May or June would allow things to return to normal, with the Euros this summer being cancelled or delayed until next year, but with the situation evolving on a day by day basis at the moment it’s difficult to know whether that’s a total pipe dream or actually realistic.

Opinions will of course be divided on what the best course of action is, and you can expect bitter fighting and probably legal challenges whichever direction the league decides to go. In our opinion however, the sensible thing to do it hand Liverpool the title now – through gritted teeth – add two teams to the Premier League next season, and let everyone else finish where they stand.

That would mean 5 teams relegated next season – and Chelsea in the promised land of the Champions League.

If the rest of the football season is cancelled, what happens to people’s ante post bets? Are their stakes returned