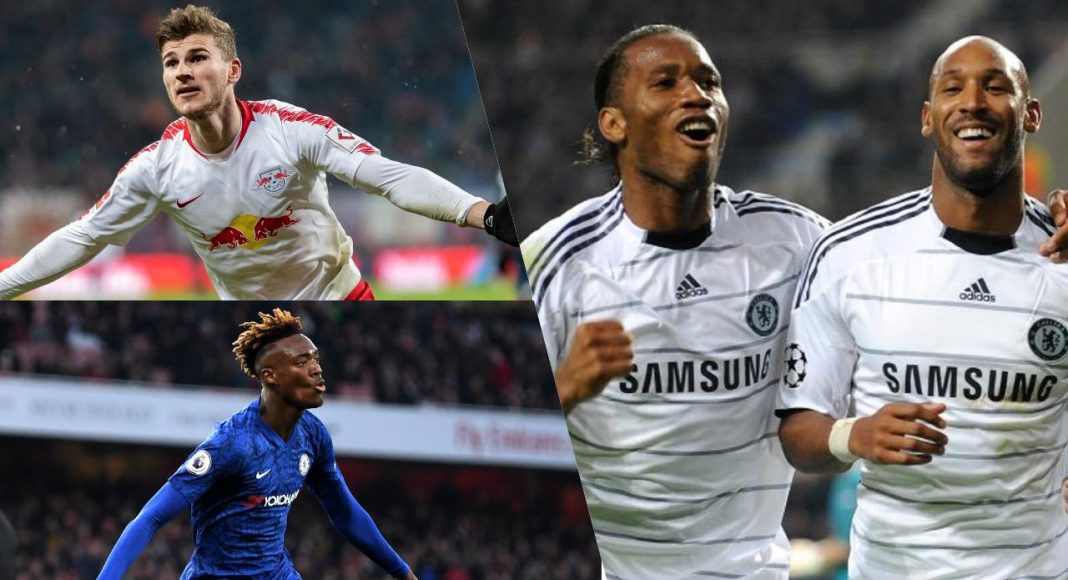 Chelsea have had a number of successful strike partnerships over the years, one of which stands out to me because it was quite different.

Didier Drogba and Nicolas Anelka had a great partnership at Chelsea both playing in the same side. But they were not two centre forwards in the classic sense; Anelka used to play deeper and often out wide, allowing Drogba to be more of a lone target man. It worked very well.

Anelka had ridiculous pace, but he wasn’t a back to the goal target man type of striker, or a focal point to the team.

This meant that he was far more effective in the wide role that he was often asked to play in, or as a second striker.

Chelsea boss Frank Lampard played in this team and would have seen how well this works, and he may well look to emulate this with his potential new strike partnership of Tammy Abraham and Timo Werner.

The German international is close to signing for Chelsea, as per The BBC, and he could be adopted in a similar way to how Anelka was.

Werner, like Anelka, is not really a back to goal loan target man but has bags of pace and the ability to beat a defender. He works better playing in a counter attacking system, or playing off the last man as a number nine.

In the Premier League, Chelsea will face many teams who will play a deep low block, making them very hard to penetrate. Werner will struggle against those types of defences.

If Chelsea are playing a team like Manchester City or Liverpool who we know will attack us a lot more, leaving spaces at that back – then that is when Werner will thrive as a number nine and might get the nod over Abraham.

But I think we will often also see him being used alongside Abraham, playing off him as such as a second striker, or playing in a more wide position cutting in on his dangerous left foot from the left.

Werner’s pace and energy will also be very useful in a wide position getting up and down, something he has done a lot already over the years.

They have all the makings of Anelka and Drogba – the second coming!

Previous articleChelsea will not pay close to £85m for Ben Chilwell, despite Harry Maguire precedent – Opinion
Next articleChelsea risk getting stuck in expensive Europe-wide left-back shuffle this summer – Opinion