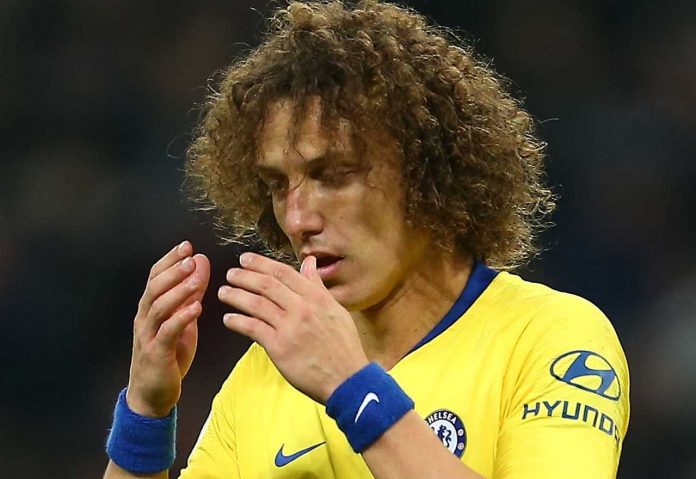 David Luiz is about to join Arsenal for £8 million, with that figure being reported by the BBC below:

This has understandably angered some Chelsea fans and I can see why.

Personally, I’m not angry, and I will always respect him for his part in bringing the Champions League trophy to London for the first time ever.

However, a player who I once saw as a hero, will now always be just another player who played for Chelsea.

My main gripe is that he isn’t prepared to fight for his place in the team.

If Frank Lampard has told him he might not always be first choice anymore, then surely the attitude to have is to fight for your spot and prove him wrong, if you have that self belief and love the club as much as you say?

But no, with the season not even started yet, he’s chosen to jump ship and give up under the first stumbling block.

This is a blessing for Chelsea. With our players’ mentalities being questioned in the last few years, do we really want a player who gives up that easily? Not me.

And let’s be honest, Luiz has often been one of those who drops his head and goes missing when things go bad. He’s also one of those to often fall out with players and staff, creating an atmosphere.

Petr Cech did it I hear you say? Different circumstances for me. Cech had already spent time on the sidelines, and fully knew he had no chance of taking the number one spot back at Chelsea. Luiz could have played out of his skin and earned his starting place here, instead of sulk off.

Luiz has two to three positions he can fight to play in, Cech had one.

I also have in my mind, the way that he celebrated scoring against Chelsea when he left us the first time. Yes, he had already previously jumped ship before.

Need I say a word…. pic.twitter.com/CHzrPiXWqx

Just look at that emotion in his eyes, he was buzzing to score against Chelsea. Whereas Frank Lampard was genuinely gutted. Says it all.

Another reason was the timing. Chelsea are transfer banned, and cannot replace any players who want out. This news breaks one day before the deadline, causing drama and unwanted attention for Lampard right before a massive game away at Old Trafford. Not cool.

Like I said Mr Luiz, I’m not mad, just disappointed.

Good riddance, thanks for your contributions. This story could have been so different.