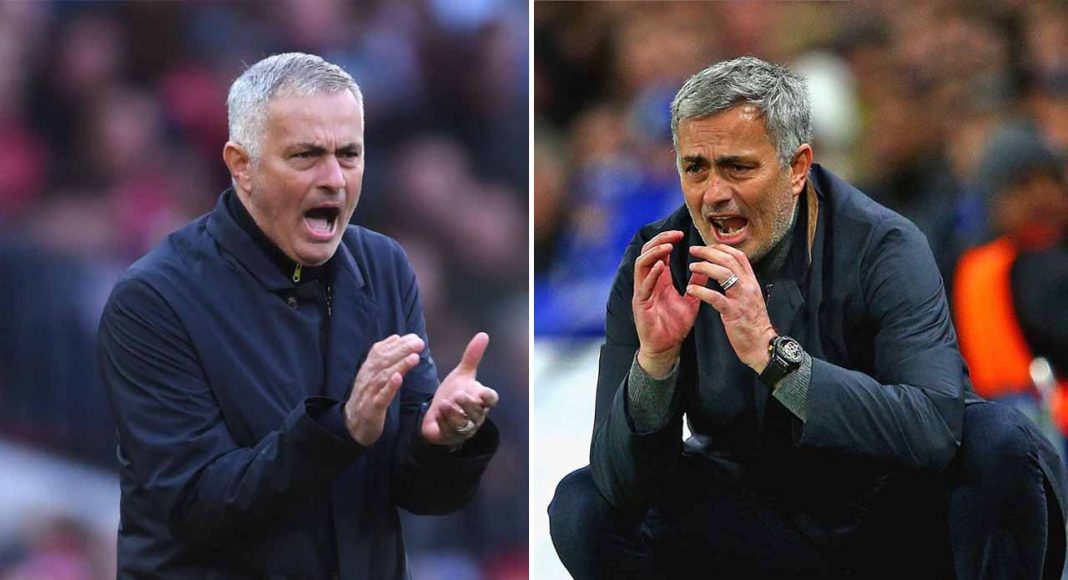 Former Chelsea manager Jose Mourinho has been sacked by Manchester United – and nobody in the Blues community will be surprised.

Mourinho is one of the greatest managers this club has ever had. Just how good we were during his first stint at the club would probably place him at number one.

That’s in the past now, though. Just as Fernando Torres was not a world-class striker in a Chelsea shirt, Mourinho was a substandard manager in the Man United dugout.

He failed to show the United board that he was capable of dragging the club out of the rut they found themselves in, and paid the price for his shortfalls.

Manchester United has announced that Jose Mourinho has left the Club.

We would like to thank him for his work during his time at Manchester United and wish him success in the future. #MUFC

Hindsight may be 20/20 for United and their fans, who will probably now acknowledge that it was an error of judgement to appoint Mourinho – but we saw this coming.

The old Mourinho, The Special One, if you like, would not have allowed Chelsea to collapse in the manner that we did in 2015/16.

We had just won the Premier League title, quite convincingly, in fact. Mourinho’s men fell to nine defeats in their opening 16 league games. He left with us narrowly above the relegation zone.

Though there could have been unrest behind the scenes, with his on-pitch rant at Eva Carneiro suggesting such, the performances were inexcusable.

Mourinho lost his swagger. The man who previously appeared impregnable was being played off the park week-in, week-out.

His reputation alone bagged him the United job. They probably assumed he couldn’t be any worse than David Moyes or Louis Van Gaal. They were wrong.

Not only has Mourinho’s mismanagement essentially ended United’s chances of qualifying for the Champions League this term, he leaves Paul Pogba’s future at the club looking precarious.

Pogba was instrumental in France’s World Cup win in the summer, but was brought back down to Earth upon his return to Carrington.

After months of being rotated in and out of the team, Pogba being an unused substitute during United’s loss at Anfield has to be considered a career low for him.

He is a supremely talented footballer and one that would star at Old Trafford under the right stewardship. Mourinho failed to get the best out of him, as he did with many of the United squad.

There are countless similarities between how Mourinho’s second stint at Chelsea ended and how his United fairytale has fallen apart.

The demise of an influential figure in this club’s history is not something that we would ever celebrate, but it was incredibly predictable that it would end this way.

It’s difficult to envisage where Mourinho will go from here, but one thing’s for certain, a third crack at life in SW6 is certainly off the table.

I’m also sorry for Jose. I think he’s a fine manager and a principled person. He has a major weakness in that he is unable to tolerate failing. Instead of standing up, taking a breath and trying harder , he seems to go into a panic mode and become sulky,… Read more »

A very short sighted story . This is football sometimes things go on your side and sometimes not. therefore to put all blames on his shoulders it is absolutely not correct at all. Chelsea football club understand clearly the rise of fame history will be incomplete without the name of… Read more »

I feel sorry for Mourinho. He is being blamed for spending a load of money on players he had no part in selecting to buy and for renewing contracts for others that are not good enough, again nothing to do with him. He’s been lumbered with players he doesn’t want… Read more »

Previous articleFurther allegations of anti-semitic chanting from Chelsea fans, this time on a train
Next articleChelsea injury news: Blues without three for cup quarter-final, including Eden Hazard