Talk Chelsea
Home Opinions N’Golo Kante can be the DM Lampard wants if he wears his... 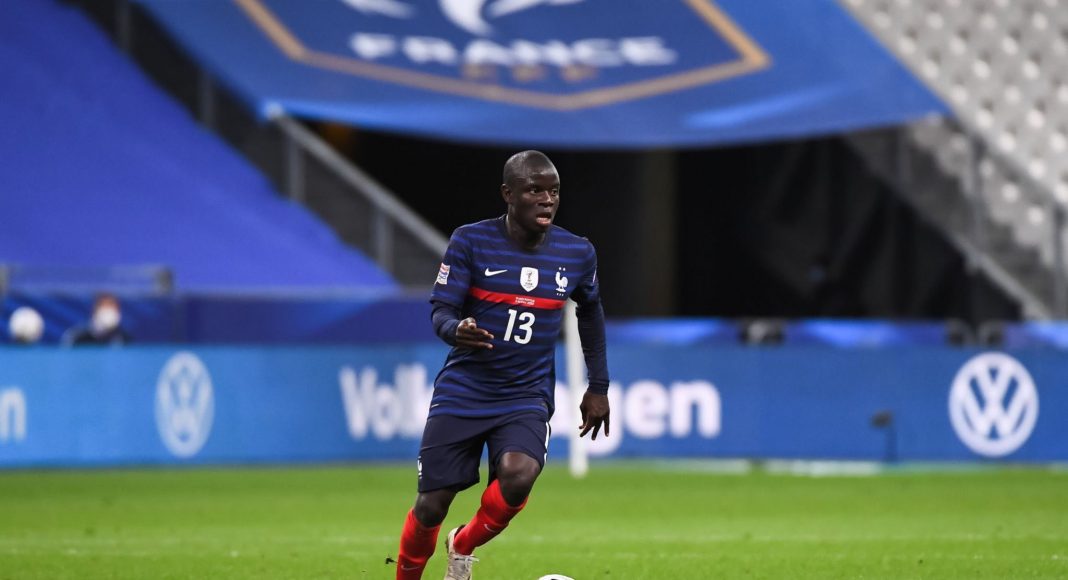 The humour behind this title is quite ironic. Because the N’Golo Kante that turns out for France putting in top class performances game after game, IS the exact N’Golo Kante that surely Frank Lampard is looking for to play as his defensive midfielder?

The Chelsea boss seemingly wants to play with a more traditional style defensive midfielder – a robust athletic player who can intercept, read the game well, and pass to a high standard.

This is absolutely Kante for France, and for Chelsea…. But for France, the difference is his positioning. He manages to stay more disciplined and more routed to his position.

Many argue that this takes away many of Kante’s best qualities of ball carrying, high pressing, and his energy, and it absolutely does. But if this is what Lampard wants from his holding midfielder, as Kante does for France, he can certainly be that guy for Lampard and Chelsea as well.

Kantes heat map for France v Portugal where he looked immense. Why is he able to play the exact role we need at Chelsea for France but when he plays that role for Chelsea he can’t seem to show any semblance of discipline in that role.. pic.twitter.com/Y2dtKdbzW5

Now see his stats and the highlights of his game and how well he played.

Kante Created the most chances on the pitch (2). 🇫🇷🔵👑#CFC pic.twitter.com/4E4kVIsZTb

Kante’s getting back to his best 🤩pic.twitter.com/M9uhKy5Nzo

Rumour has it this is why Lampard wants to sign Declan Rice so much, so he can play that traditional DM role.

So if Lampard REALLY wants to play a 4-3-3 with one holding midfielder, then Kante can absolutely be his guy if he is asked to stay disciplined.