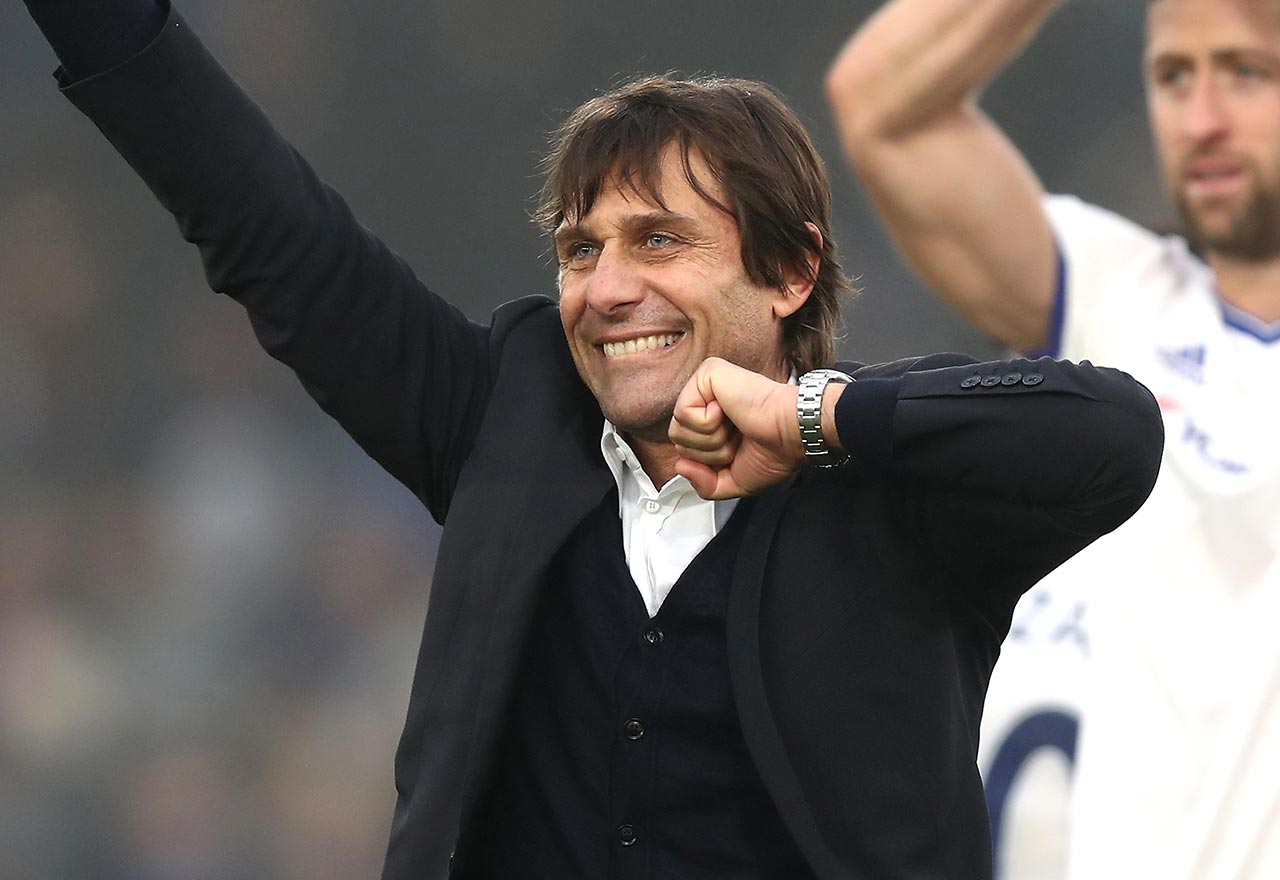 Antonio Conte stated earlier on in the season he wanted to bring back “the right spirit” that is essential for Chelsea to get back to the Champions League next season.

The manager’s main aim was to ensure the squad reaches its potential, and now Conte’s achievement of 11 straight league victories, with only two goals conceded, puts him him on the verge of making history with league wins.

Kante’s arrival to Chelsea was the best transfer of the summer, the player who won the Premier League title with Leicester last season was signed for his ability of winning possession of the ball back in the middle of the park. What a difference a year makes, last December Jose Mourinho was sacked for a second time and the team was 16th in the league. Diego Costa was on a verge of being dropping due to poor performances/explosive character and nothing was going right for the blues.

Today Chelsea are top of the league and have won every game for months. Costa is in explosive form, he can’t stop scoring and is the league’s top goalscorer with 13 goals.

After 11th straight victory Conte admitted that the blues are getting better and better each game and it’s no wonder as the manager organises the players beautifully as well as instilled self-confidence in every single one of them.

Among other strong players who have impressed are goalkeeper Thibaut Courtois who made a fantastic last-minute save against Palace last weekend which was arguably his great Chelsea save. The three ever-present centre-halves have been fantastic especially David Luiz who everybody wrote off after his return in the summer. The cover provided in front of them by Nemanja Matic and Kante has been superb as well as wing backs Moses and Alsono.

Today Chelsea have 43 points and have a 6 point lead of closest rivals Liverpool in second with third-placed Man City on 36 points. Arsenal are up to there usually tricks of falling away due to a couple of defeats and have 34 points.