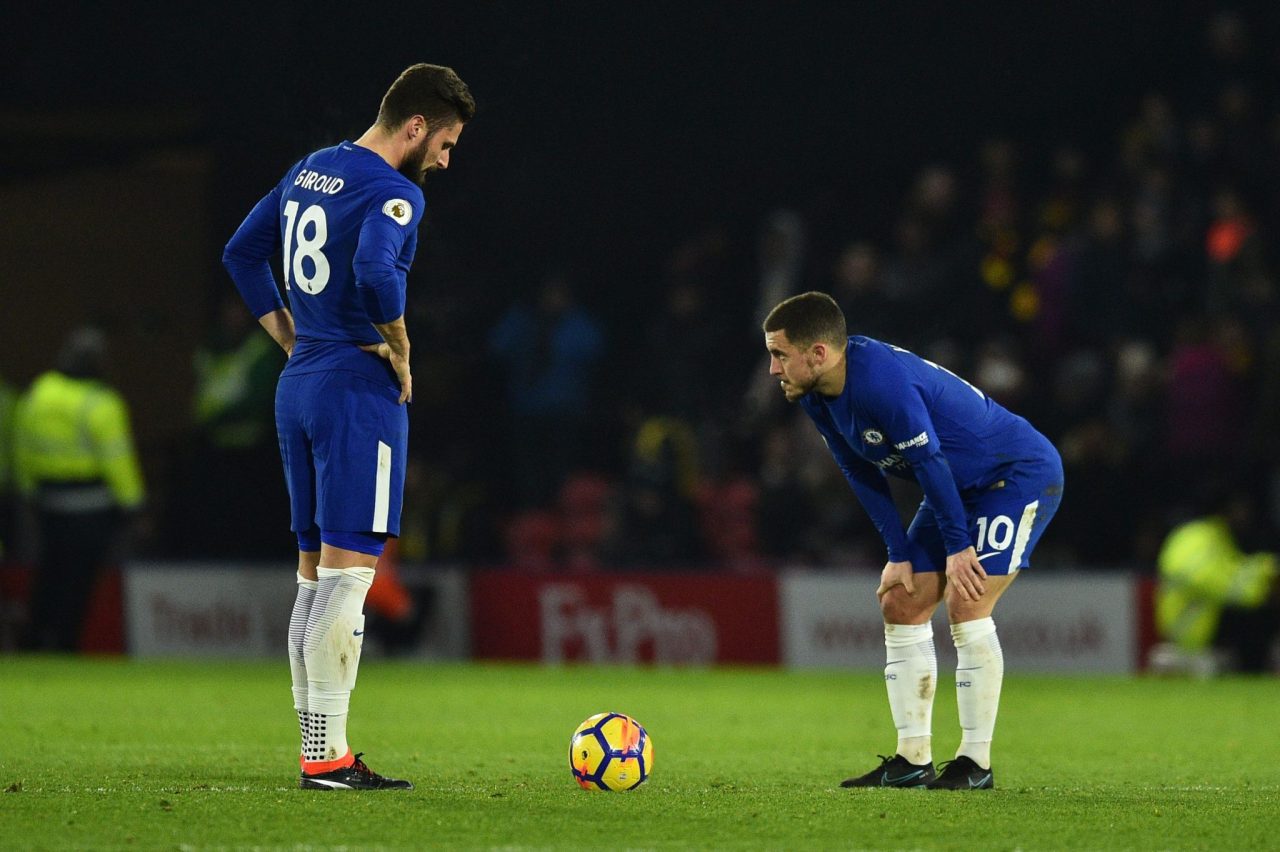 Chelsea won the 2017 Premier League title although they are scrambling to land a top four spot this season. Antonio Conte has had an interesting two seasons at Stamford Bridge.

The fiery Italian actually experienced his first “mini-crisis” in the autumn of 2016, with Chelsea losing at home to Liverpool and away to Arsenal, leading to suggestions that the former Juventus coach could lose his job very quickly.

However, the Blues then embarked on a massive winning run which not only propelled them up the table but actually sent them clear of the chasing pack and it was pretty much a procession to the title.

In the end, the title was won by seven points and Chelsea finished a full fifteen points ahead of third-placed Manchester City. So why are Pep Guardiola’s side an incredible twenty-five points clear of the London side, and seemingly destined for their second Premier League title, going into the international break?

Leicester City won the 2016 Premier League title and this was partly down to their focus being primarily on domestic matters. The Foxes didn’t have European competition as a distraction and it literally became a succession of cup finals for Claudio Ranieri’s team.

Similarly, Conte inherited a Chelsea squad who had previously finished out of the European places and the Italian could prepare for domestic matches while the likes of Liverpool, Manchester City and Tottenham were involved in European Champions League action.

This season, Chelsea were handed a tough Champions League group that also featured Atletico Madrid and Roma, with the Blues then facing Barcelona before bowing out at the last sixteen stage.

It was clear that Costa had no future at Chelsea after clashing with Conte and the forward has returned to Atletico Madrid, although there is no denying he was highly effective in England.

Costa bagged twenty goals as part of the Blues’ title-winning campaign and his ability to play as a lone man and link up with Eden Hazard effectively helped seal the deal.

Costa was able to draw defenders away from Hazard and allow the latter to be more effective, with Alvaro Morata and Michy Batshuayi not proving to be the answer this time around.

The form of Tiemoue Bakayoko clearly hasn’t helped, although Nemanja Matic has been badly missed in the engine room alongside N’Golo Kante. That pair protected the back five so well and the Serbian’s move to Manchester United was questioned by several fans. Manchester City have blown away the competition

It would have actually been a competitive title race if you take City out of the equation, although they have been head and shoulders above any team this term, with Pep Guardiola able to get things right at the second time of asking.

Similarly, Liverpool, Manchester United and Tottenham have all been strong which means that Chelsea are now scrapping away to get into the top four after a glorious campaign twelve months ago.

Which Blues players could play themselves back into form at the 2018 World Cup?
Chelsea 2018/19: New manager, potential signings, starting XI and gorgeous new kit