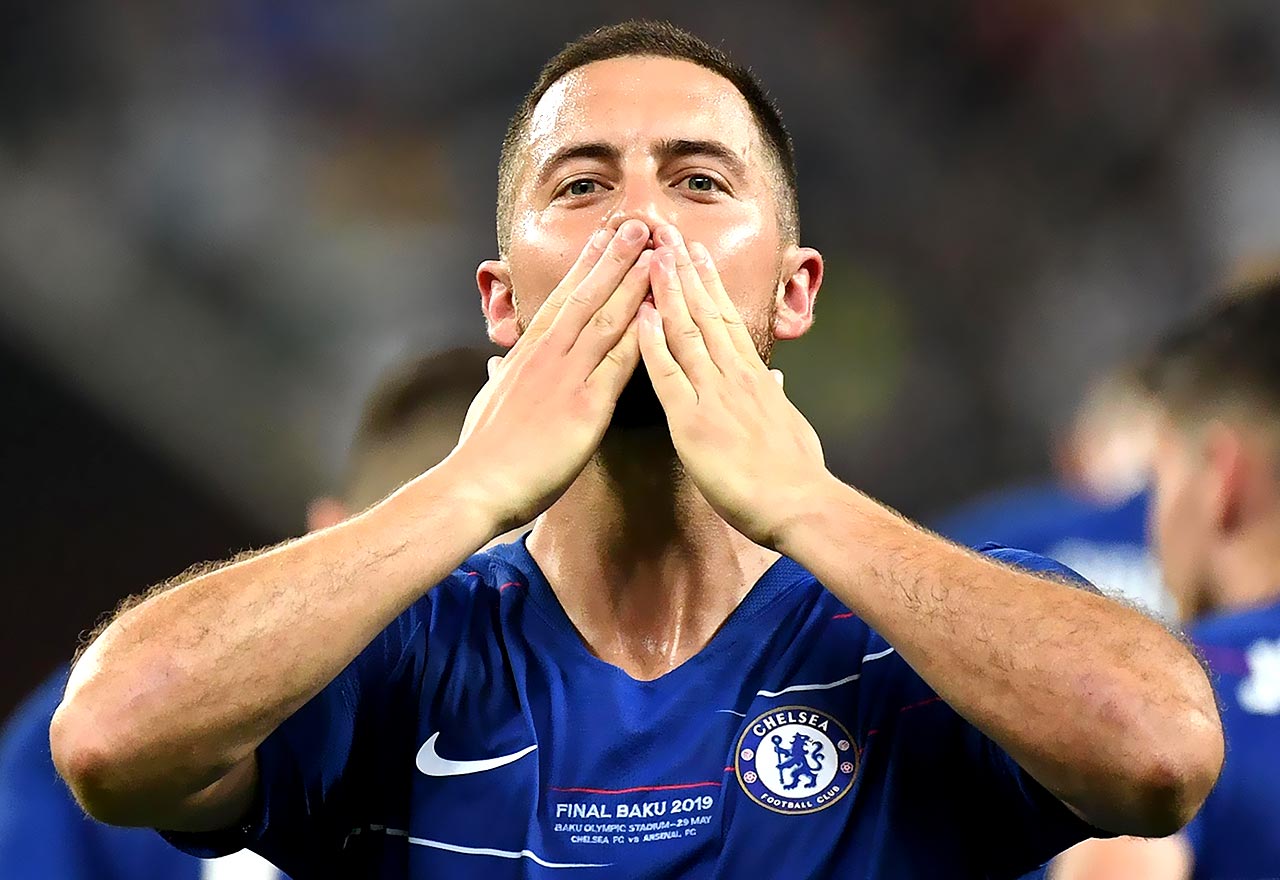 Eden Hazard, the man powering two title wins and two Europa League triumphs since arriving at Stamford Bridge in 2012, was pried away from London at the start of the summer. With Frank Lampard now at the helm, just who can he get to fill Hazard’s boots?

A lot can change between now and the time Chelsea’s transfer ban expires, and with Frank Lampard likely to target young English talent as part of a wider agenda, he has several potential options amongst the many linked to a move to Stamford Bridge.

For an English number ten with the ability to adapt quickly and many years of development ahead, James Maddison is a clear candidate to fill Hazard’s boots. Many Leicester fans were sceptical of his ability to mix it up in the Premier League, following a relatively expensive £22m transfer from then-Championship side Norwich last summer.

If anything, he was even better for Leicester at a higher level, additionally outstripping Hazard in one tantalising area. He has thrived alongside Jamie Vardy since moving to the King Power Stadium, providing a notable number of killer passes. If he worked on his long-range shooting in advance of any move to Chelsea, Maddison could certainly thrive alongside Ross Barkley, in an all-English midfield partnership that can stun goalkeepers from a relatively deep area.

Should Maddison’s second season with Leicester be as good as his first, the 22-year-old’s fee would easily clear £50m by next summer under current market conditions, but as it famously did back in a record-breaking 2004/05, fortune favours the bold.

When it comes to proven talent in the ‘number ten’ area, but one that will truly break the bank, Lampard needs to look no further than Philippe Coutinho. At the moment, the Brazilian cuts a tortured figure at the Nou Camp, but there are currently links between him old club Liverpool that have the potential to steal all the headlines over the coming weeks. Many Liverpool fans and pundits alike would assert that a maiden Premier League title might have been forthcoming, had Coutinho stuck with the Reds.

While Coutinho would surely relish a return to Anfield, a transfer of such potential magnitude is always easier said than done. Any hitches in the pursuit would certainly open up new avenues for Chelsea, who could accommodate Coutinho immediately.

Despite being rich in talent on the wings, with players like Mikel Alonso, Willian and Pedro providing the bulk of Chelsea’s threat from wide, most of the elite players currently being linked to Stamford Bridge are wingers. David Neres, Goncalo Guedes and Leon Bailey are amongst the names currently being circulated most widely, though it is unclear as to whether any these would accompany a direct, central-playing Hazard replacement.

If any of these are to be unaccompanied by a new number ten in 2020, then either  Ross Barkley or Mason Mount will have been established as the new number-one pick for that position. While Neres will almost certainly have moved on by next summer, despite publicly sticking by Ajax, either of Guedes and Bailey will likely be fair game for Lampard.

Indeed, the latter man has now been linked to a Chelsea move in several transfer windows now, although nothing significant has ever happened. Well-known for his lightning speed, Bailey would undoubtedly be a fine addition to the Blues XI. However, with no prior experience in the Premier League, and the Bundesliga played at an altogether different pace, Bailey would still have his doubters.

Can Lampard Attract the Right Strikers?

While Callum Hudson-Odoi and Olivier Giroud proved revelatory in the Europa League last season, Lampard may also feel duty-bound to sign at least one outright striker in his absolute prime next summer. The expected departure of Michy Batshuayi will contribute further to this shortfall in the final third.

The regrettable episode that was £60m man Alvaro Morata’s time at Stamford Bridge served to underline the marginal difference between a Drogba and a Shevchenko. Many strikers arrive at Stamford Bridge with stats that back up their credentials as a world-class hitman, but such is the nature of the modern Premier League, nobody can truly know who the ‘right’ striker is for a club’s setup until the moment of reckoning itself.

At present, many expect Lampard to make a wrong call and suffer the consequences due to his experience. Such expectation stands to reason, but he still has the unique selling point of being a young, English manager. Logically, he would have an advantage over other Premier League sides, should any young stars emerge over the next 12 months.

Provided that club owner Roman Abramovich is prepared to give Lampard time to build for the future, this core strength could give Chelsea a subtle edge in the long-term.