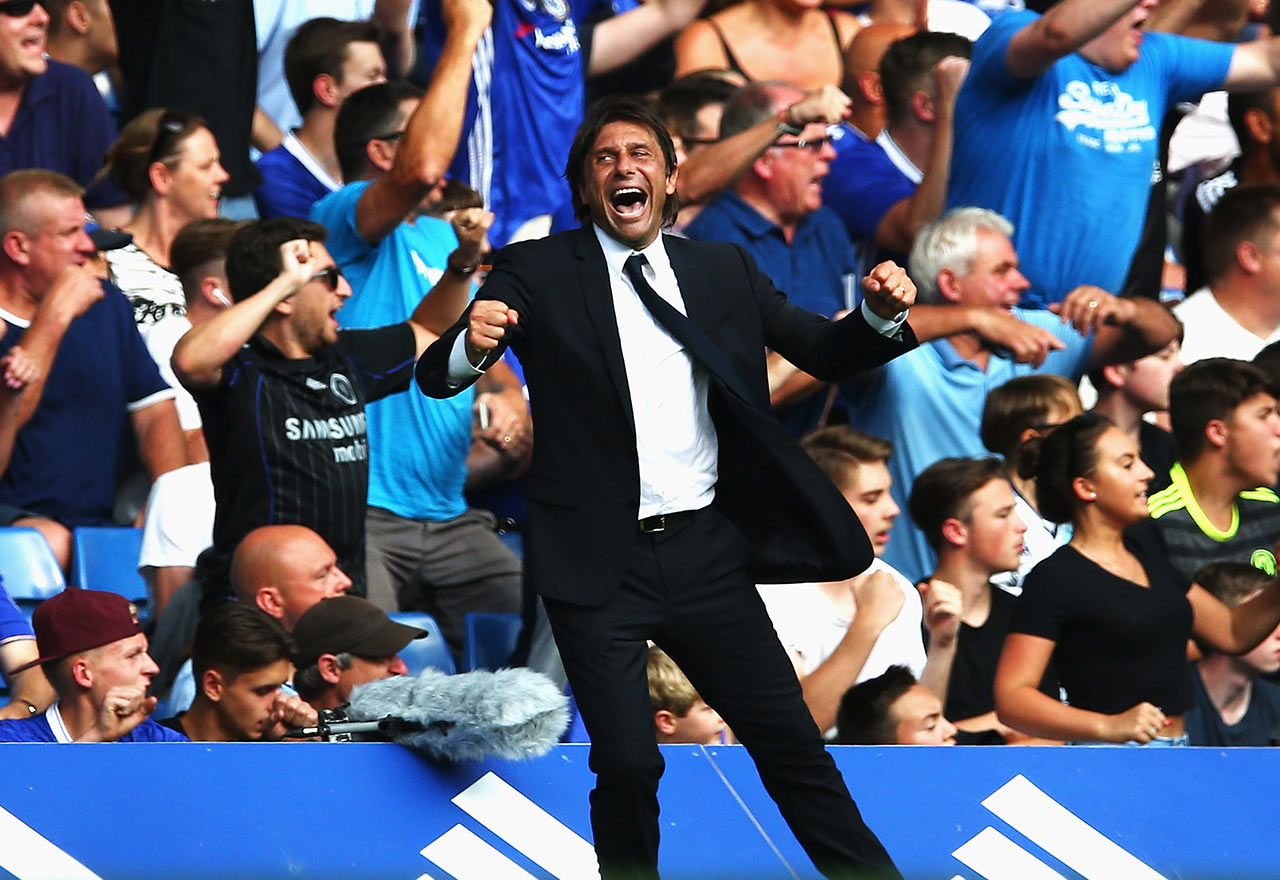 I don’t want to speak too soon, but Antonio Conte has had the best start possible as the new Chelsea manager. Not only has he made a good impression with the fans but the players seem to have a respect for him too that wasn’t evident last season at all. Why is this? Why does Chelsea love Conte?

Firstly, the man’s got a great record in the game. He undoubtedly has the know-how that comes with being a player after the huge success he had captaining Juventus to a Champions League title and five Serie A league cups, but to mention a few. He has also proven that he has the skills to manage too: evident both in his time as Juventus and Italy manager. It’s the ultimate reassurance for any fan that you’ve got a man in charge who knows what he wants from a squad and how to get it.

Conte also has the one thing us fans admire above all else: passion. He’s humble but he doesn’t hide his competitiveness and ambition for this Chelsea team. You’ve got to love a manager who will shout and encourage his players for 90 minutes and jump to celebrate a goal with the fans; a breath of fresh air from the last five months of Guus Hiddink who barely got up from the dugout during games. It’s created an atmosphere within Chelsea that Conte has our best interests and wants to win as much as we do.

Perhaps the most surprising is the way that Conte took to the challenge that was our squad so professionally and mercilessly. He was not scared to try to change what we had become last season: unthreatening. We saw from pre-season that his tough, new training regimen paid off immediately: another reassurance. He isn’t afraid to give new players a solid chance, such as Aina, Batshuayi and Moses, and through this has instilled the message that any player is capable of being in the first team. He also doesn’t bat an eyelid when his formation or vision isn’t working – always quick to make substitutions and again give every player the chance to work for their place.

Conte has already managed to bring a dressing room together which was in turmoil last season, to put it lightly. I have to mention Eden Hazard at this point too. His relationship with the fans and his teammates has rocketed since the beginning of this season, and although it’s early days I think it’s safe to say that he’s got his spark back. Hazard said himself that Conte understands him and motivates him, which couldn’t be more evident.

We can see a future with Conte (I say this with a pinch of salt as we’ve all thought that at one point about most of our other managers). But it’s likely that if given the chance, Conte will build this team into more than just a winning side… he will build a legacy. Now please, Abramovich, don’t make me eat my words.