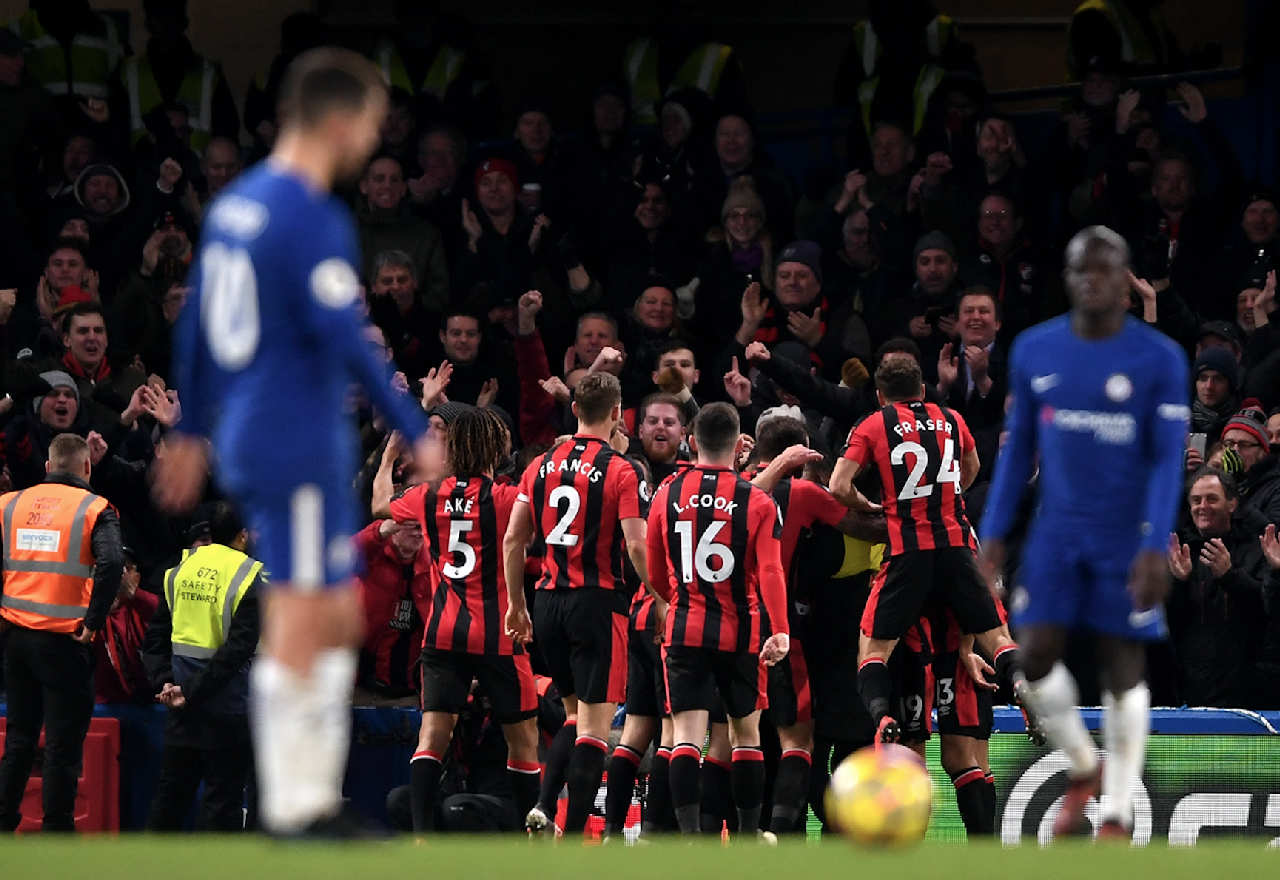 Chelsea were defeated 3-0 to AFC Bournemouth at Stamford Bridge.

Goals from Callum Wilson, Junior Stanislas and former Blue were enough to sentence the reigning champions of England to one of the most humiliating defeats of their illustrious history.

The club’s stagnation and shocking recruitment appear to have come to a head tonight, and it wasn’t pretty for anyone in attendance, or watching at home, who have any affiliation with Chelsea football club.

Antonio Conte will likely leave at the season’s end, that has been clear for some time, but he already looks to have thrown in the towel. With no available archetypal striker, he opted to field Eden Hazard down the centre, with the Belgian flanked by Pedro and Ross Barkley. What a disaster that proved to be.

Callum Hudson-Odoi came on as a late substitute, bizarrely fielded as a right-wing-back, and showed more inventiveness than Pedro and Barkley combined during their respective time on the field.

There’s not a lot that can be said about this. It’s one of our most embarrassing moments as Chelsea fans. Here’s our player ratings.

*Christensen was withdrawn early on with what appeared to be a hamstring injury.

Will Chelsea bounce back in their next game against Watford on Monday?

Hodson Odoi came on and played as he was Hazard. I was surprised that we have had someone like him all these while. But when are we going to draw the line on the unperforming Bakayoko? Why on earth did we buy Ross Barkley whom Everton could not use? As… Read more »

I want to know…who chooses what player to buy…is it the manager or the board?

i’d love to know who rates this shit… yea we were poor.. but still, pedro was the main player in the 1st half trying to make things happen and you rate him a 3 hahahahah ….god i dont think half you lot actually watch the matches.

Bakayoko should be sold ..this time they realize ..selling diego costa and matic is most mistake things happen in chelsea history…instead of conte. Player like cahill..bakayoko..alonso …sold be fired or sold…because they are to slow with speed..they should be playing for c division club

Why has Roman taken time to such Conte this time around?