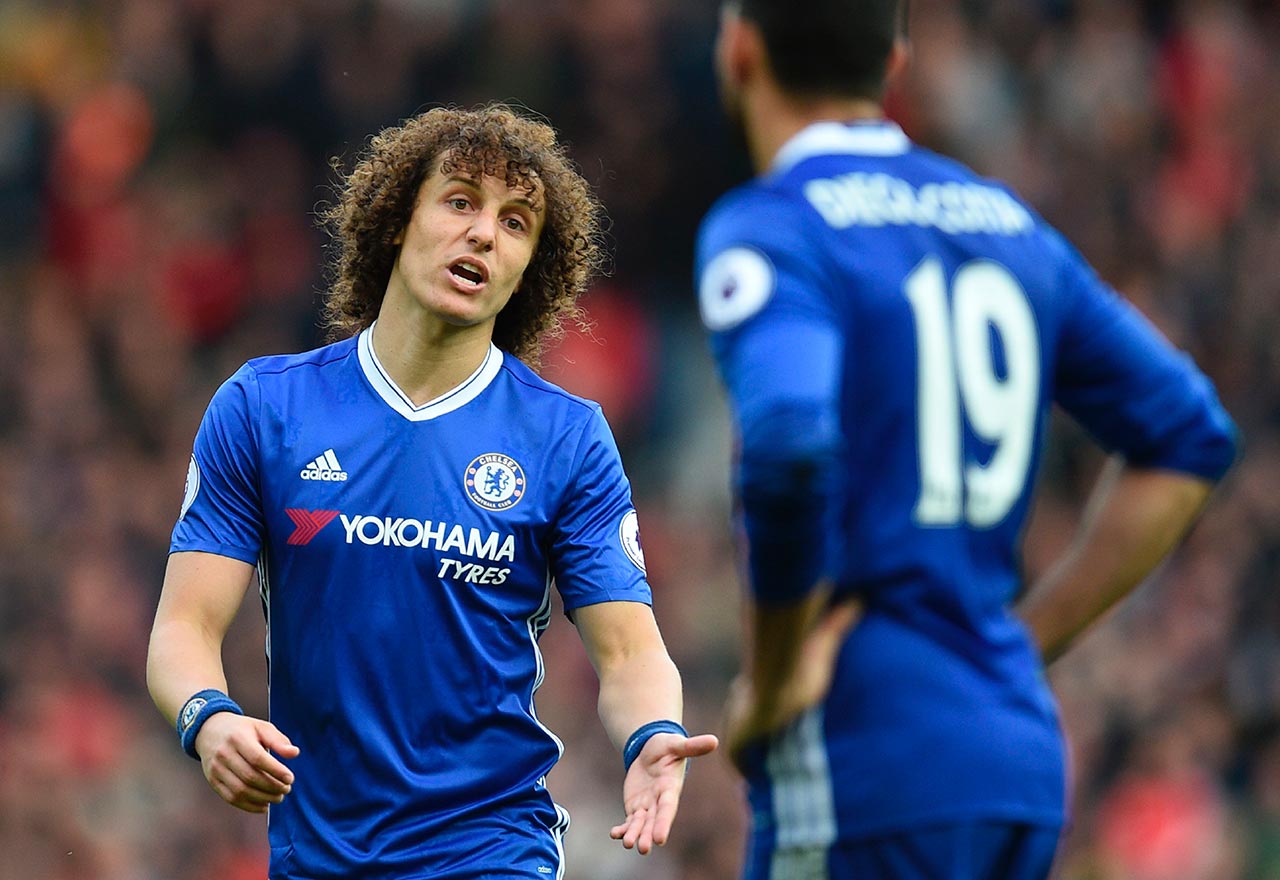 Chelsea’s alarming recent dip in form continued as the Blues were defeated 2-0 at Old Trafford by old manager Jose Mourinho.

Having already beaten the same opponents twice this season, Antonio Conte’s men would have been confident of a repeat today.

However, diabolical refereeing decisions and equally abysmal individual performances mean the Blues’ lead at the top of the Premier League is now just four points. The latest odds on Chelsea to win the league are 1/5, all new users at Bet on Brazil can get a £50 free bet.

Goals from Marcus Rashford – following a blatant handball by Ander Herrera – and then a massively deflected effort from Herrera himself consigned the Blues to a third defeat in the league this calendar year.

Chelsea’s luck was out, but nothing can detract from the fact that the Blues were utterly shambolic from front to back. With Tottenham on a seven-match winning run, the lead at the top has been whittled down from a massive ten-point advantage to just four points.

Begovic – 5 – very little he could do about Herrera’s massively deflected second. Reacted well early on to deny Lingard what would have been a tap-in, but went down far too early and made it easy for Rashford to net the opener. Made one or two comfortable saves thereafter.

Zouma – 5 – featured very infrequently this season, and this performance will do little to change that. A last minute replacement for the stricken Marcos Alonso, he looked uncomfortable in possession and was given the run-around by Rashford and Lingard. Shaky, and far from his previous best.

Cahill – 4 – horrendous. Very fortunate not to have netted a bizarre own goal. Conte wants ball-playing centre-backs – this lad is as far from that as you could imagine. Indecisive when in possession, which set the tone for a passive performance collectively. Hardly captaincy material, either.

Luiz – 4 – his passive defending in the first few minutes seemed infectious. Hesitant and dawdling when in possession, he is beginning to look more and more like the David Luiz that was on the receiving end of that hammering by Germany in the World Cup. Rashford had him backing off all game, and his usual assured and composed presence was replaced by the frantic “PlayStation defender” of old. Azpilicueta – 5 – moved around several times due to tactical reshuffles, having started on the left he looked quite uncomfortable at times, but battled away. A relatively committed performance, but frustrating offensively and wasted some good counter-attacking opportunities with misplaced paces.

Moses – 5 – relatively solid by the defence’s standards, one foul throw too many led Conte to sacrifice Victor for a tactical reshuffle. Moved from right wing-back to the left, but looked equally happy. No shortage of effort and endeavour, but his limited tactical understanding of the role was exposed by a pacy United front two.

Matic – 4 – useless when in possession and even less effective without the ball. Offered precious little protection and meandered forward aimlessly to slow down potential countering opportunities.

Kante – 7 – the only player to emerge with a shred of credibility, in his side’s worst performance of the season, the Frenchman still dominated £90 million Paul Pogba. Industrious and hard-working as ever. The lone shining light.

Pedro – 5 – no lack of endeavour, but an obvious downturn in end product today. Several wasted crossing opportunities, though he did have Chelsea’s “best” opportunity when his left-footed shot deflected over. Tracked back dutifully but limited going forward whilst under Darmian’s close attention.

Hazard – 5 – offered precious few opportunities to get forward and show his quality. United paid him the ultimate compliment by having Herrera shadow him all match. Never got into the positions to make a telling contribution, but that was more down to Mourinho’s tactical nous than a lack of effort from the Belgian.

Costa – 3 – a waste of space up front. That mega-money offer from China suddenly looks enticing. More interested in getting into fights than playing football, which is probably a good thing as he looks like a punch-drunk boxer on ice. He can barely string a simple ten-yard pass, and whenever he’s moving with the ball it is a miracle if he doesn’t fall over his own feet. To think he was the outstanding player of the Premier League before Christmas, the Diego Costa of the past month looks like a poor impression of Mateja Kezman. At least Kezman worked for the cause. Pathetic.

Willian (5) was full of running but barely had the chance to do anything meaningful. Fabregas (6) offered some impetus but his only telling contribution was a yellow card for a crunching tackle. Loftus-Cheek (5) barely had a touch.

Is Antonio Conte afraid of Diego Costa or what…Costa’s heart is no longer with Chelsea anymore…the sooner Antonio Conte knows that the better for Chelsea!

What, who rated 3 to Costa, u must be crazy… You know nothing, he should be given 0 if possible give fucking -ve to that cuck sucking whore looking son of the bitch. He should be ripped off from Chelsea shirt and should not give anymore matches to play. He… Read more »

Costa’s description is so apt. I hope he gets somebody to interpret it for him. He’s gone back to his days with Mourinho last season when he looked more of a boxer than a football player.

Agreed we were poor, but i think Conte panicked when Alonso got injured. Should not have broken up the usual back three, instead use Ake on the left, i mean why make more changes than are necessary. Costa has been diabolical of late, but i believe Conte is scared to… Read more »