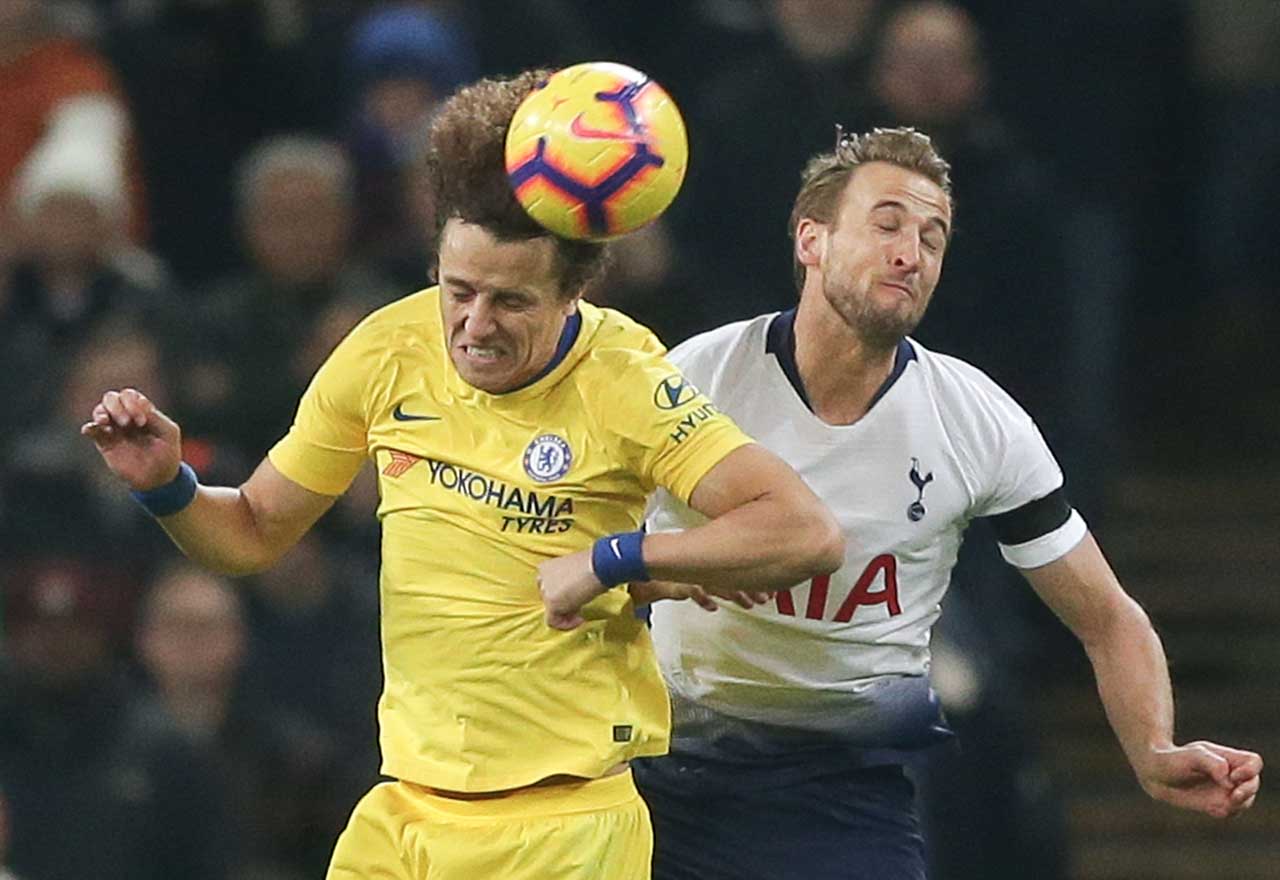 Chelsea fell to a 3-1 defeat against London rivals Tottenham in the Premier League thanks to one of our worst performances in recent memory.

Tottenham took the lead early on through Dele Alli. Christian Eriksen’s superb delivery was directed into the back of the net by the England international, leaving Kepa Arrizabalaga with no chance.

Chelsea had a stonewall penalty turned down after Eden Hazard was clearly fouled inside the penalty area. The referee somehow missed it, and his poor vision cost us dearly as Harry Kane doubled Tottenham’s advantage.

Kane fired at goal from long range. David Luiz felt it appropriate to jump out of the way of the shot and allow it to bobble into Kepa’s goal. It was a decision that left us speechless, and it’s typical Luiz.

He wasn’t done there, though. As Heung-min Son battled with Jorginho down the right-hand side, Luiz went to assist. His attempt at winning the ball, if it can even be called that, was a joke. Son found himself through on goal and beat Kepa.

Olivier Giroud, on as a second-half substitute, scored a smart header to give the travelling supporters something to shout about. It was too little, too late, though, and the game ended 3-1 to Tottenham.

Chelsea are no longer unbeaten, and today’s game raised serious concerns about our capability to achieve our goals this season. Maurizio Sarri has a lot of work to do, but we have full faith in him sorting this mess out.

We will bounce back. We have to. We can’t sit around and cry after having our pants pulled down by our rivals, we have to be proactive and ensure this doesn’t happen again this season.

In the meantime, here’s our player ratings – and they don’t read well.

Kepa Arrizabalaga 8
Was partially at fault for the first two goals, but also spared his teammates’ blushes with several saves which prevented the game from becoming a serious thrashing.

Olivier Giroud 8)
Did well to net the consolation, but ultimately was faced with a monumental task, coming on at 3-0 down.