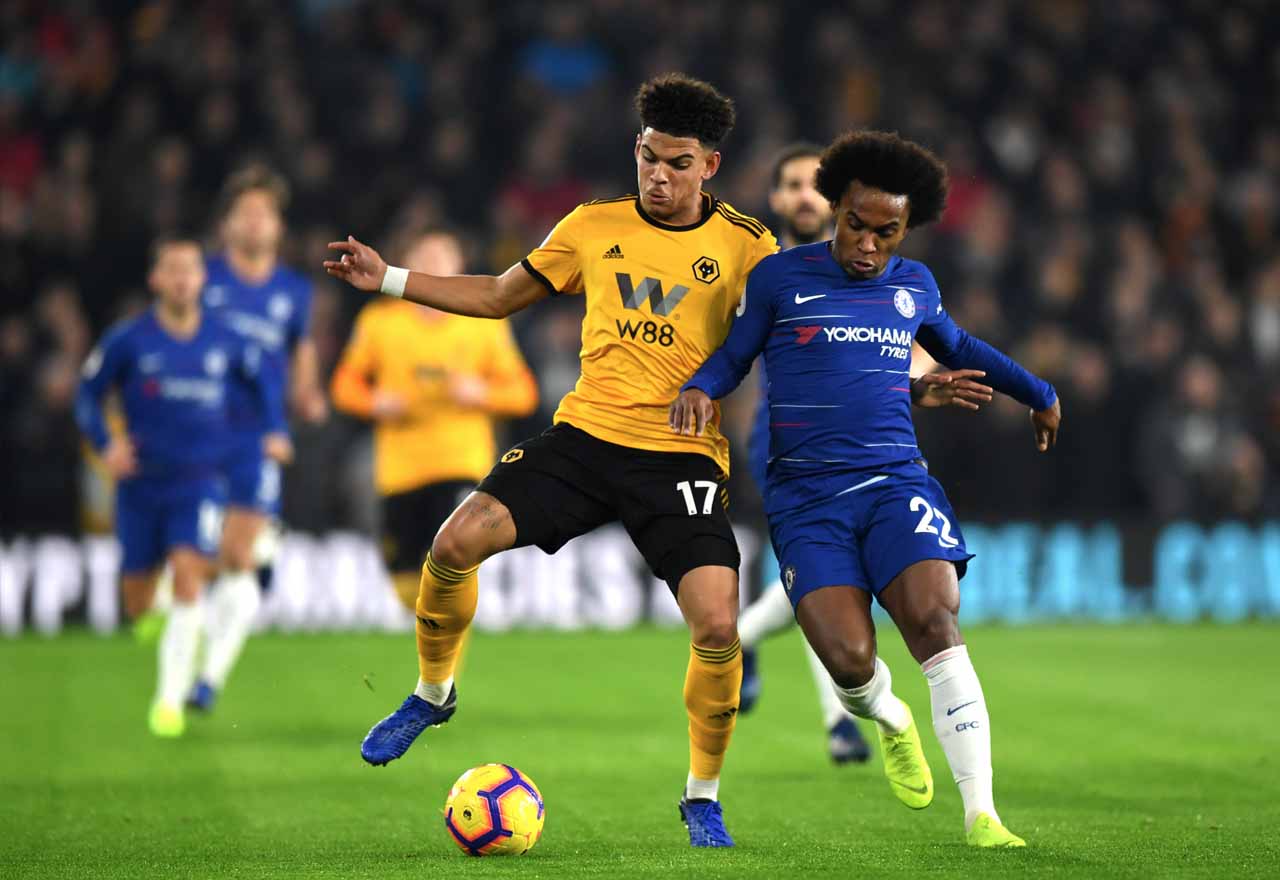 Chelsea were defeated 2-1 by Wolves to fall eight points behind second place Liverpool ahead of our weekend clash with Manchester City.

Chelsea took the lead through the in form Ruben Loftus-Cheek. Loftus-Cheek got handed a rare Premier League start by Maurizio Sarri this evening, and it only took 18 minutes for him to justify his inclusion.

The England international fired towards goal from the edge of the box. His effort took a heavy deflection on it’s way to the back of Rui Patricio’s net, but the dubious goals panel has awarded it to the Chelsea man. Maurizio Sarri’s men took the foot off the gas and became rather passive. Virtually of our opportunities in behind the Wolves defensive line fell to Willian, who was characteristically wasteful in the opposition’s final third.

Just before the hour mark, Wolves drew level. Raul Jimenez fired towards goal from an angle and, somehow, his shot found it’s way through Kepa Arrizabalaga and into the goal. Kepa won’t want to see that one again, it was a poor piece of goalkeeping from the Spaniard. Less than five minutes later, Diogo Jota gave Wolves the lead. Chelsea’s defence could only stand and watch as Jota found himself with acres of space at the back post for a simple finish into the Chelsea goal. Kepa could have done nothing about this one, but the defence certainly could.

That proved to be enough to send Chelsea back to West London without a point, which essentially means that our position in the top four is on a knife edge ahead of our clash with unbeaten Manchester City at the weekend. Oh dear.