Talk Chelsea
Home Social Media Conte IN or Conte OUT? Chelsea fans have their say – vote... 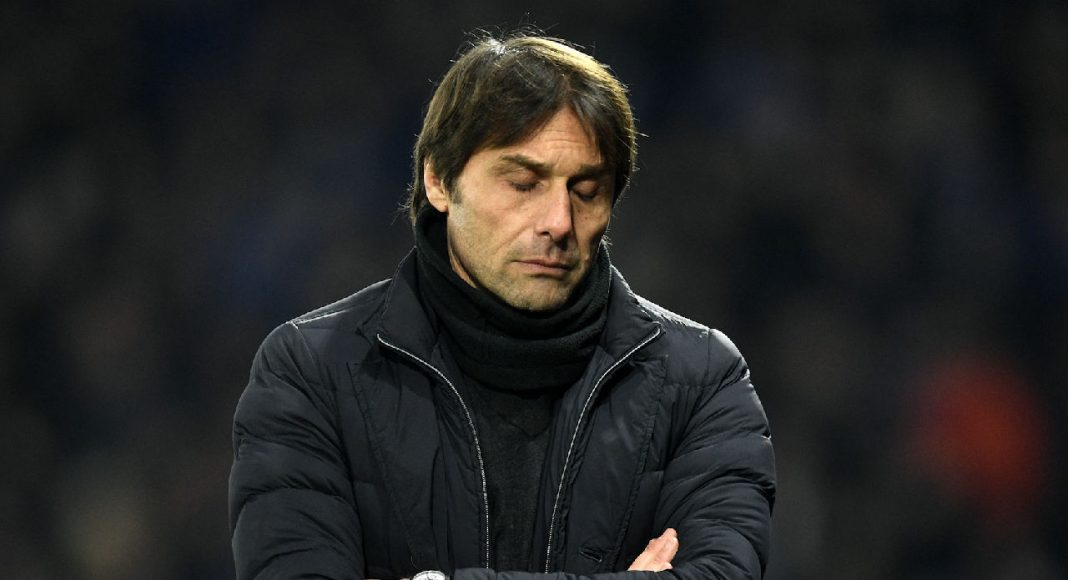 The majority of Chelsea fans are STILL backing Antonio Conte, despite witnessing two of the worst performances of the Roman Abramovich era in back-to-back Premier League games.

The Premier League champions fell to a 3-0 defeat against AFC Bournemouth last Wednesday. We all hoped that it was merely a bump in the road and the Blues would be able to bounce back against Watford on Monday night. Unfortunately it wasn’t to be, and the Hornets defeated us 4-1.

Conte’s head is on the chopping block. The pressure is mounting and it is difficult to see how the Italian can survive this. Abramovich has a big decision to make – cut ties with Conte now or give him until the summer to turn it around. If history’s anything to go by, that might not be such a difficult decision for the Russian.

Abramovich may well be ready to swing the axe, but the majority of Chelsea fans are still backing Conte. We ran a poll on our Twitter account which over 2,000 fans voted in. ‘Conte IN’ is narrowly in the lead, have your say below.

We ran this poll after the Bournemouth game, we think there might be a different result now…

I would like to see Conte remains as coach /manager for CHELSEA. We cannot afford to lose him. I feel 100% he will turn things around.

Just fix the god Damn board, why did they just send Michy out on loan when we have CL coming up, do you expect Morata or Giroud to deliver? 😕

Conte in, board is our problem any coach that comes will end up walking away. The board and player buying issue should be resolved or Abra should sell the team to more capable people.

Conte out, Marina Out

Conte out,before we drop out of top four,I don’t know y he keeps playing bakayoko,also playing without a striker

Bakayoko is a talented player and many Chelsea fans like him, IF you are a real Chelsea fan you got to support the team

In conte we trust

Cont in all the way

A kind request let him stay.

TalkChelsea is strictly for informational and entertainment purposes. Our website is no way connected or affiliated with Chelsea Football Club or any other related fan sites. The views and opinions expressed here are in no way representative of Chelsea Football Club. All images on this website are the property of their respective owners.
© 2020 Talk Chelsea | Design by James Porter | Hosting by RackSRV
wpDiscuz
29
0
Would love your thoughts, please comment.x
()
x
| Reply
MORE STORIES