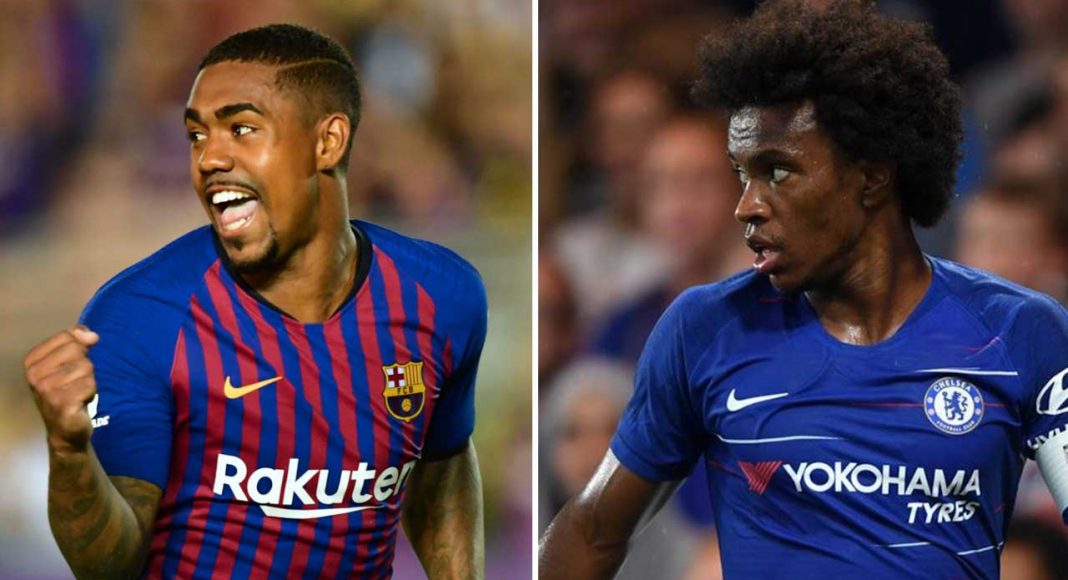 To those of you Chelsea fans who aren’t too hot on Willian, we have some good news for you, courtesy of Sky Sports News.

It’s claimed that Barcelona have revived their interest in signing the Brazilian, and could even offer promising young winger Malcom in exchange for him.

Barcelona have renewed their interest in Chelsea’s Willian, proposing a deal which would see Malcom move to Stamford Bridge.

Willian to Barcelona was one of the most widely reported transfer rumours in the summer market. Huge bids were said to have been placed, but the move never came to fruition – much to the frustration of many Chelsea fans.

Willian is a frequent scapegoat used by the Chelsea faithful to attempt to explain our ineffectiveness in attack. He has contributed to just two goals in his last 16 appearances for us, which says it all, really.

Anyway, don’t tell Barca that. They’re thought to already have put the wheels in motion to take Willian to the Nou Camp, with Malcom becoming a Chelsea player as part of the deal.

Malcom was signed by Barca as their alternative to Willian for a fee reported by Sky Sports as £38M. He’s a square peg in a round hole at the Catalan side, but could prove to be exactly what Chelsea need.

What do you think, Blues? Is this a deal we ought to be considering taking?

looking at all his stats, you could be reading about Tammy Abraham.

Previous articleJose Mourinho keeps good on his promise to Chelsea fans, 20-years ahead of time
Next articleTransfers: SARRI vs MARINA, striker signing depends on victor of behind the scenes duel