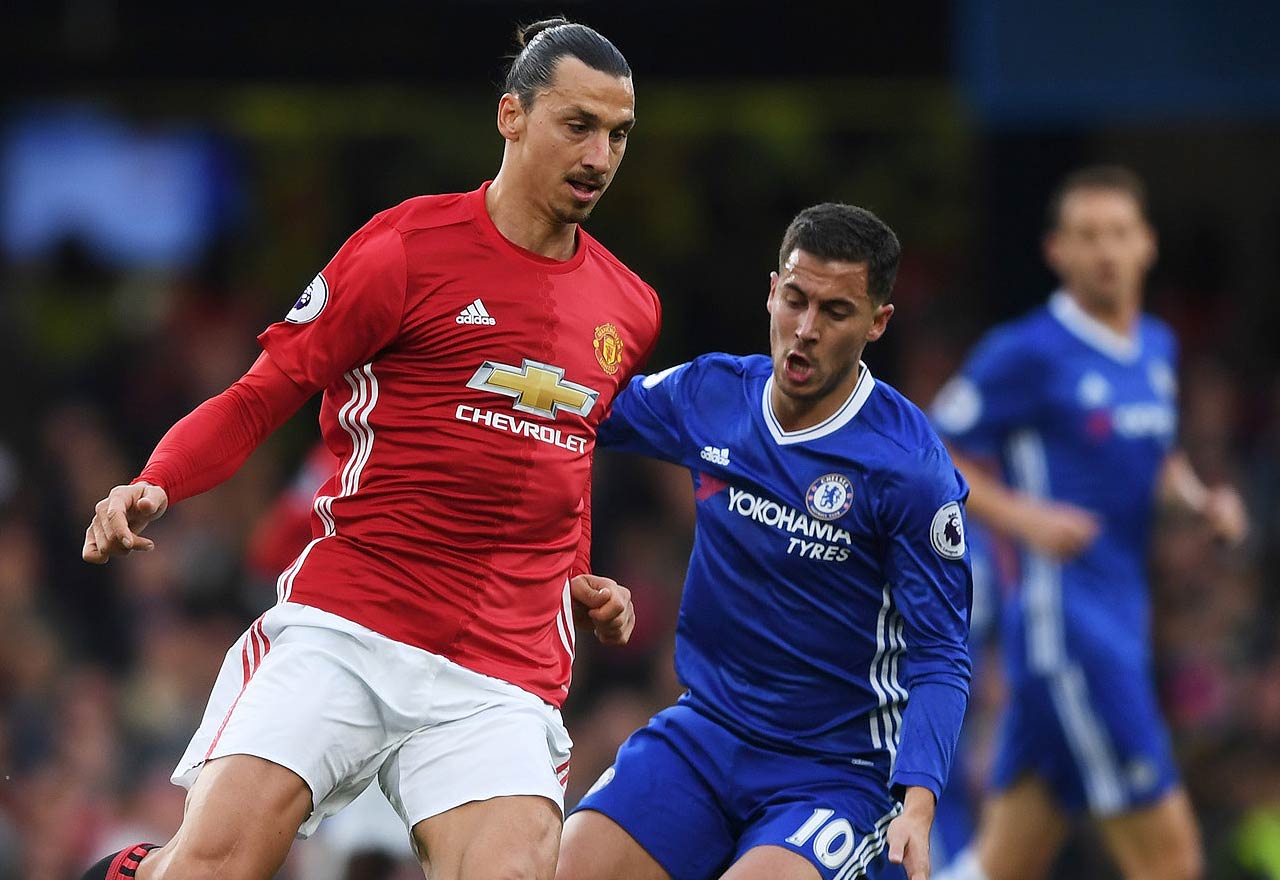 Since the prolific PSG striker has confirmed considering a move to the Premier League this summer, there have been speculation and rumors about offers by top rated clubs.

This includes Chelsea who has been eyeing the Swedish international for quite some time. Zlatan would be leaving the French champions at the end of this season as his deal ends and it is said that he has turned down offers from the MLS and Chinese Super League because England is his top choice. The Blues are not the only ones who have been alerted to Ibrahimovic’s leaving PSG. Arsenal and West Ham have also shown interest in the deal and therefore the competition for his signature will be fierce.

Chelsea has already met with Zlatan’s agent in Berlin and held negotiations over a deal. Since other Premier League clubs are also offering lucrative packages to the Swede to join their clubs, striking a deal with him isn’t going to be easy for Chelsea. The scenario might change if the Blues agree on a deal to sell Eden Hazard to the French capital in a pre-arranged contract before Zlatan’s contract with PSG expires this summer. There have already been speculations about Hazards interest in joining PSG and if Chelsea is able to take advantage of this by tying Zlatan, the odds might favor Chelsea.

According to the latest updates by Foot Mercato, Chelsea has offered a two-year deal worth £186,000 a week to Zlatan Ibrahimovic if he joins the club.

What if Zlatan Joins Chelsea?

Zlatan Ibrahimovic has been in a remarkable from this whole season which makes the 34-year-old a tempting proposition for Chelsea. He managed to score 31 goals in all competitions for the French giants this season. Overall Zlatan has scored 102 goals in 115 games since joining the PSG. The Blues are in a need of a top quality striker, especially after struggling in the Premier League.  This mercurial player can really turn things around for the Blues in future games.

Zlatan has already stated in an interview, “A lot of things have to feel fine when I’m going to take a decision this summer.” He also said, “When the moment comes, when all the cards are on the table, that’s when I have to go through what I want and then we’ll see who wants it more.”