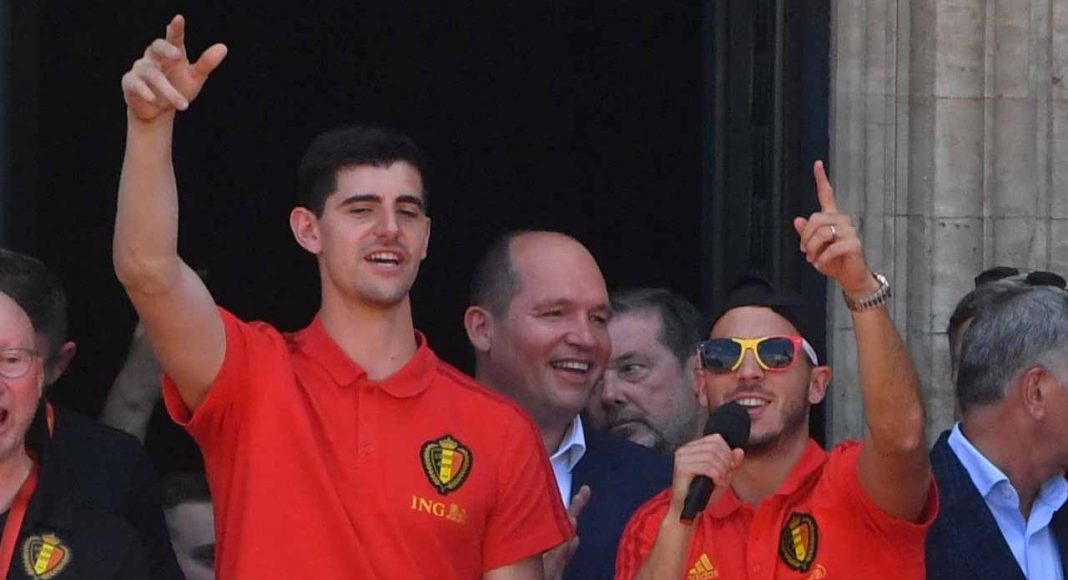 Thibaut Courtois’ agent has confirmed that the Chelsea goalkeeper is hoping to sign for Real Madrid before the end of the transfer window.

Courtois’ future at the club has been in doubt for some time now. He has just one-year left to run on his contract, and has shown little willingness to pen an extension.

Amid continual links to Real Madrid, there has been a significant, personal factor which is thought to have been significant in Courtois’ deliberating.

That is that his family still live in Madrid from his time on-loan at Atletico. He is thought to be keen on reuniting with them in the Spanish capital.

His agent has now confirmed this belief. During an exclusive interview with The Sun, Christophe Henrotay revealed:

“I have been reading everywhere that Chelsea are saying it is up to Thibaut, but he has made it clear to the club that the best option for him is to move to Madrid.”

“For him this is a big decision because he wants to be near his family, and there is an offer in place for Chelsea to accept.”

Chelsea are thought to be struggling to find a replacement, which is holding up Courtois’ move to the Santiago Bernabeu.

Unless one is found in the coming week, it seems unlikely that the Belgian will be granted his desired move to Los Blancos.