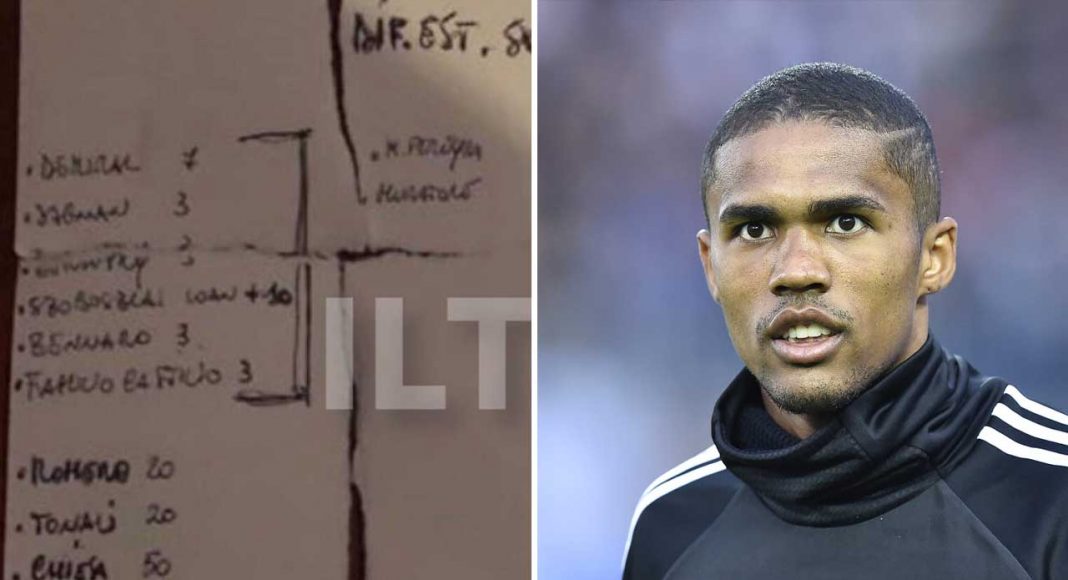 Douglas Costa to Chelsea? That’s one we haven’t heard before. This news comes from a torn up piece of paper left in a Milanese restaurant. We’re not joking.

It’s January, which means one thing – silly season. Players from around the world begin to be linked with clubs that they will realistically never have received even the remotest contact from. That’s happened once again here, but in rather bizarre circumstances.

Italian publication Il Tiempo have ran an exclusive story claiming that one eagle-eyed fan spotted Juventus sporting director Fabio Paratici having lunch in a Milanese restaurant. So it’s claimed, Paratici left the below note ripped up on the table.

This story is weird, and quite frankly unbelievable, as it is, but it gets worse. Calciomercato add that the note also mentioned the possible sale of winger Douglas Costa to Chelsea. While we’d be on board with that, it’s hard to decipher anything like it on the note.

Football never fails to amaze us. The lengths that people and even news outlets will go to in order to draw readers continues to astound. We’re going to slap a giant ‘probably bullsh*t’ sticker on this story, because let’s be honest, it probably is.