Chelsea have made their move to sign Borussia Dortmund striker Pierre-Emerick Aubameyang, according to Colombian journalist Pipe Sierra.

There have been several reports in the English media, notably from the Mirror, claiming that Chelsea are closing in on signing the Gabonese international, and Sierra backs-up those claims.

Sierra posted the below Tweet, claiming that the Premier League champions had submitted an official £56.9M bid for Aubameyang, which is considerably lower than what the Mirror believed we were willing to spend.

The recurring theme of the summer transfer window so far has been penny-pinching. It’s why neither of Romelu Lukaku and Alex Sandro are Chelsea players. We now find ourselves at a stage where we cannot afford to be hesitant in the market any longer, we need to act, and fast.

If Sierra is correct in reporting that we have placed an official offer for Aubameyang, it’s good news, but we must ensure we meet Dortmund’s valuation. 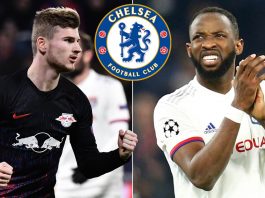