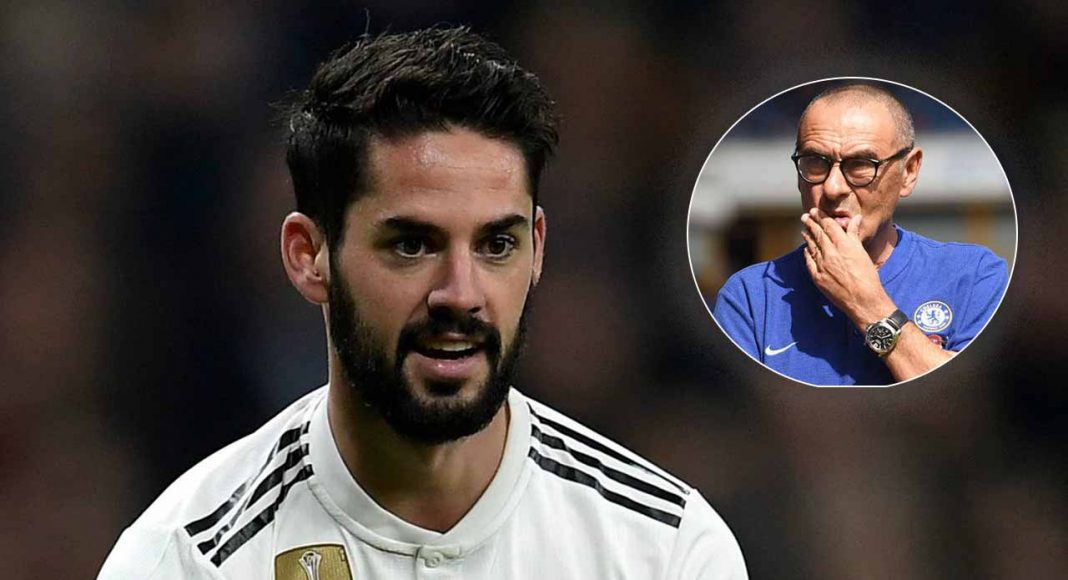 Real Madrid midfielder Isco has put an end to Chelsea fans’ hopes of seeing him make the move to Stamford Bridge in 2019. Few of us truly believed it was going to happen, anyway.

Isco’s a weird one. He’s widely regarded as a world-class midfielder, one of the best in the world, in fact. However, since signing for Real Madrid, he has never been a sure starter.

You’d think that a player of his quality would be keen on nailing down a starting position, which is what has triggered so much speculation on his future over the past 18 months.

Isco’s standpoint is clear, though. Despite The Sun reporting that Chelsea are interested in signing him from Real Madrid, he has no intention of leaving the Santiago Bernabeu:

“I’m very excited about the new year. I’m not going to go in the winter market, I’m very happy. Of course I want to continue with Madrid to continue winning titles.”

We’ll be happy if we’re able to make the Mateo Kovacic deal permanent. Though Isco is the better player, Kovacic is more suited to the third midfield position under Maurizio Sarri.