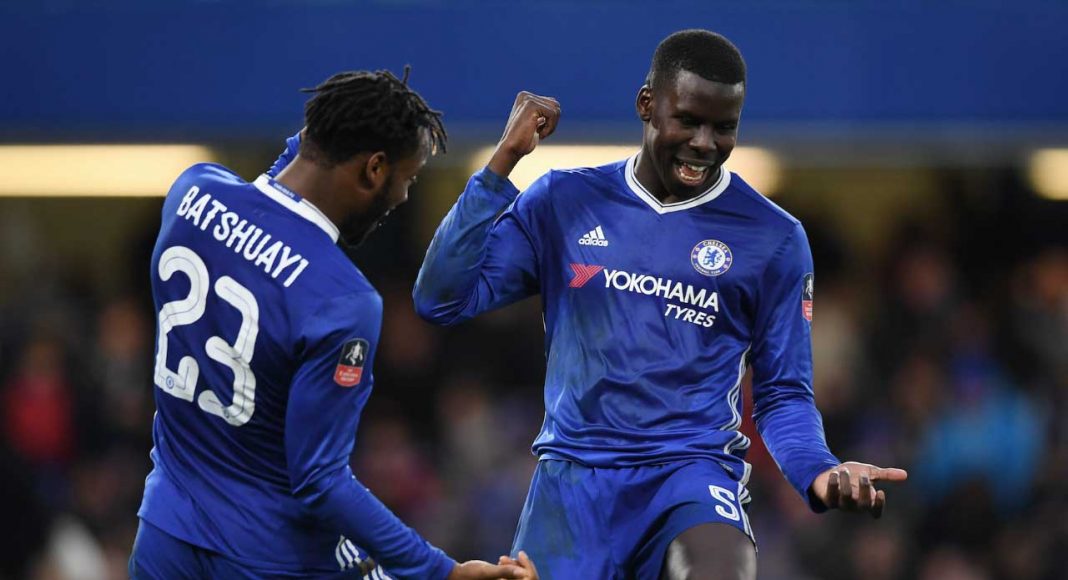 Chelsea centre-back Kurt Zouma has emerged as a summer transfer target for both Sevilla and Atletico Madrid, according to reports.

Zouma was the first player capable of pushing Gary Cahill for his starting spot in Chelsea’s back-line. Jose Mourinho continually opted to start the Frenchman ahead of the current Blues skipper.

It looked as though Zouma was there to stay at the heart of Chelsea’s defence. However, in January 2016, he suffered a rupture to his anterior cruciate ligament, which kept him out for the best part of a year.

Zouma was unable to force his way into Antonio Conte’s thinking. He was subsequently sent out on-loan to Stoke City, where he is playing currently.

Zouma has reportedly earned some admirers during his time at the bet365 Arena. It’s claimed that La Liga giants Sevilla and Atletico Madrid are set to go head-to-head in the race to sign the 23-year-old this summer.

Would you keep Zouma, Blues? Or is it time to cash-in? Let us know in the comments.

We must keep him. Soonest or sooner, Cahill will be retired. So Zouma marches his position

No way, we have to keep him soon Cahill we have to leave and need options, Zouma and Ampadou are the future after Ake

That is 100% no. …Zouma is Chelsea player and he will stay imagine if Luis Enrique become a coach and we use back 4 Rudiger Zouma Christen Azpiliqueta