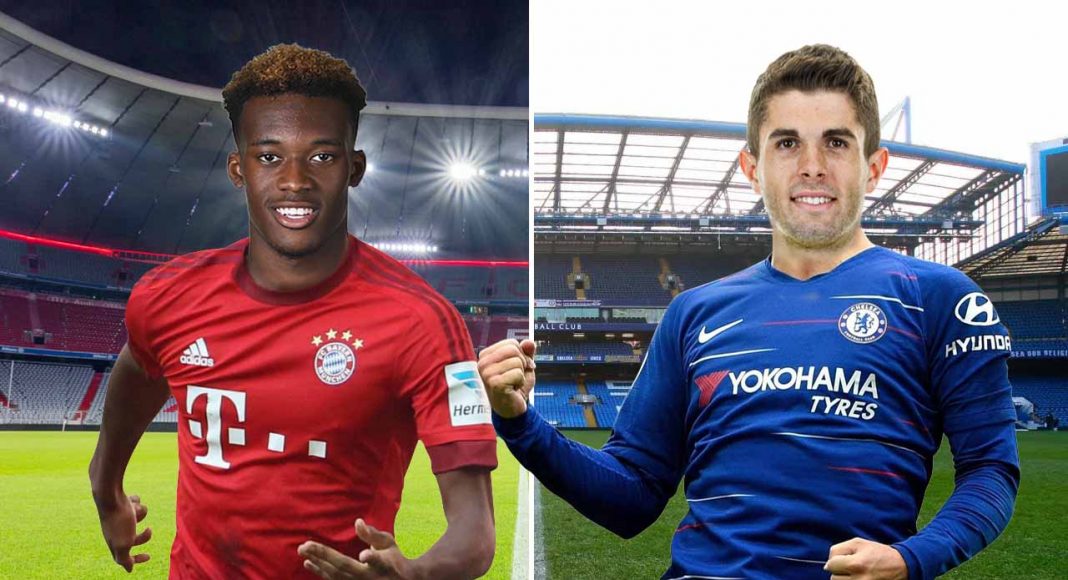 Chelsea are reportedly set to sign Christian Pulisic from Borussia Dortmund in January, but it could prove to be bad news for Callum Hudson-Odoi.

That’s what the Daily Mail have claimed. Though the paper believe that Pulisic is expected to make the move to Stamford Bridge, they note that no fee has yet been agreed with Dortmund, which tends to be the difficult part.

Pulisic is thought to be keen on making the move to West London, he has previously revealed his desire to play in the Premier League, so it will likely come down to Chelsea’s willingness to meet his £60M valuation.

If Pulisic does arrive, the Daily Mail believe that it could cut short the Chelsea career of Hudson-Odoi, who is widely considered the most promising young player at the club.

Bayern Munich are thought to be sniffing around Hudson-Odoi, and there appears to be some belief that Chelsea could let him go for around £25M.

Though we see Pulisic as a genuine club target and believe there is a high possibility that he could sign for us this winter or in the summer, there is very little chance that Chelsea will allow Hudson-Odoi to leave for any price.

Therefore we would give Pulisic to Chelsea an 80% likelihood, with Hudson-Odoi to Bayern just 20%. Let us know whether you think we’ve got this one right @TalkChelsea.

He should only be loaned within England to grow.

Pulisic is a good player but he is not as good as Jadon Sancho in the Dortmund team. It’s why the American can t get time for them in the Bundesliga. Chelsea should be trying to get Sancho, the main man instead, rather than hyping up his understudy. No way… Read more »

whenever i heard about callum Hudson odoi transfer i feel distracted, because chelsea no longer believe in young boys anymore i could remember about Kylian mbape, m. Salah when we just allow them to go like that however i’m very optimistic that if we sell callum for £25m today we… Read more »

I feel so with disappointed with Chelsea boad decisions at times, especially with the youth playes. Odoi should never be sold.

CHO is d future of CFC so we shouldn’t let him go for anything, it’ll send a bad signal and it might cause a tsunami exodus of d academy players, although pulisic will be a very good signing if d deal goes through because of d uncertainties concerning hazards renewal,… Read more »