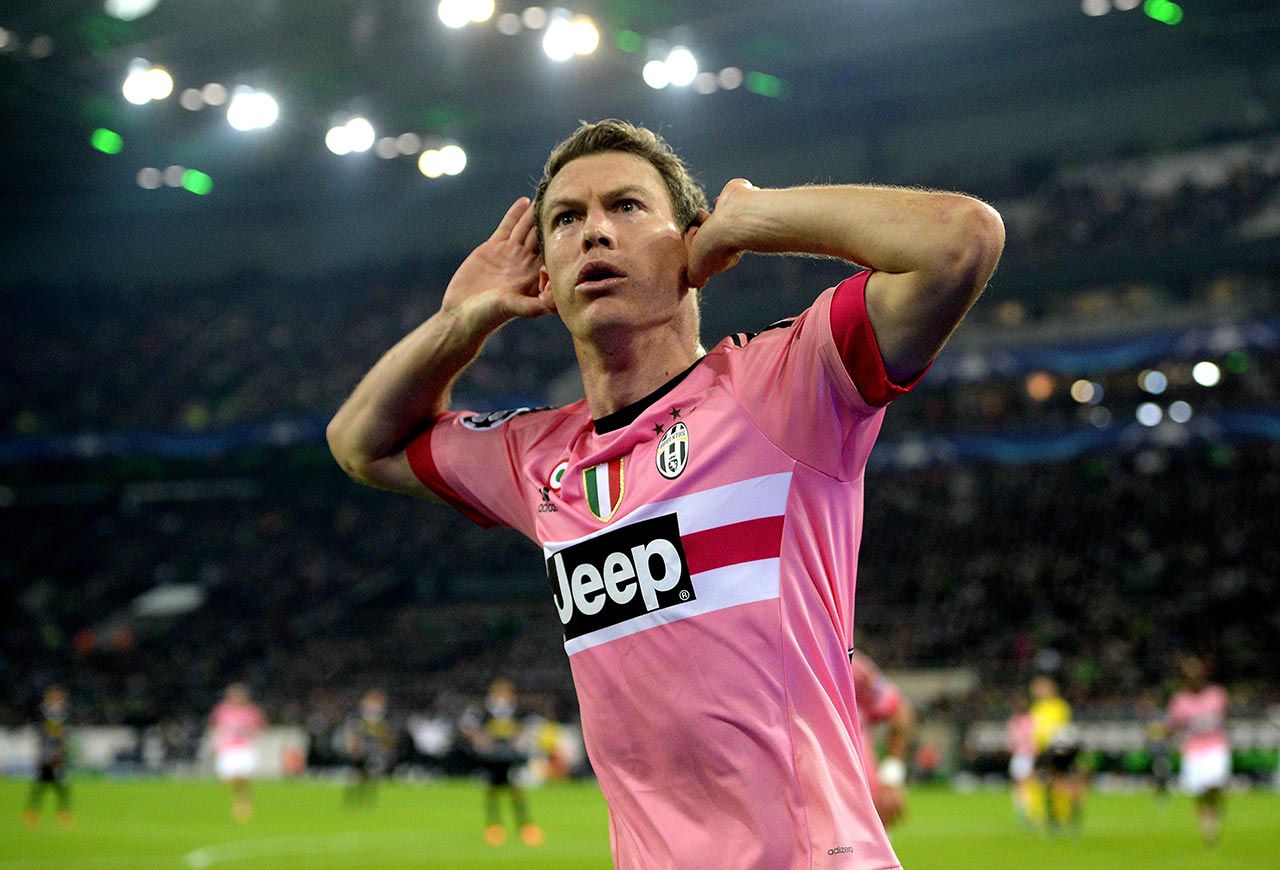 The arrival of Antonio Conte to Chelsea has already started taking effect as he currently focuses on building a new squad for the 2016-17 English Premier League Season. According to substantial reports, Conte is close to the signing of Stephan Lichtsteiner, the Juventus defender.

Some Premier League clubs, such as Arsenal had previously showed their interest in signing the Switzerland international, making the deal more worthwhile. Antonio Conte and Stephan Lichtsteiner are almost settling for a three-year deal to play at Stamford Bridge from the 2016-17 season.

With the looming move of Barcelona defender, Daniel Alves to Juventus, it is assumed that Conte had requested Lichtsteiner if he would have the interest of joining the West London club. If Alves move is completed, the starting role of the Swiss defender would be jeopardized hence reuniting with his ex-Juventus boss would easily suffice.

With reference to last season dismal performance by the Blues, Conte’s major role now is to overhaul the entire squad, starting with beefing up the back four to help in getting more clean sheets next season. His summer plans are evident with the imminent signing of the Lichtsteiner not only as the first defender in his bucket list, but also as his first signing. Chelsea fans will be looking forward to narrow down on the Juventus defender during the Euro 2016 tournament before he heads to Stamford Bridge.

The post-season transfer window has become very active this time round, with Chelsea already missing the opportunity to sign Stuttgart’s Antonio Rudiger, who earlier this week finalized a 6.8-million move to Roma. However, when it comes to the signing of Lichtsteiner, there is a high probability that he is bound to join the Blues as reckoned by Emanuele Giulianelli, a prominent Italian journalist. He tweeted such sentiments on Saturday by affirming that Conte has clinched the defender to join the former EPL champions.

Even though the deal is almost ripe, Stephan Lichtsteiner’s move depends on the finalization of Alves’ shift from Barcelona to Juventus. Unconfirmed reports indicate that Juventus is ready to sell him after the Euro 2016 tournament for £8.5 million, while Chelsea is ready to sign him for £11 million for three-year deal.

The 32-year old defender worked under Conte during his spell in Juventus between from the year 20 to 2014. Therefore, the duo know each other very well, and the Switzerland international could help Chelsea to bring back their glory days.

Conte and Lichtsteiner have together won three Serie A titles before the manager left Juventus to undertake the managerial role at Italy’s national team. The Old Lady signed the old-timer fullback back in 2011 for £7.5 million from Lazio. With the 197 appearances he has made for his club, he has scored 19 goals and has 23 assists as well.

Juventus are almost sealing their deal with Dani Alves from Barcelona. However, Beppe Marotta, the general director of the club insists that the Serie A champions’ defender is not for sale. He says that Lichtsteiner still has a significant role to play at Juventus.

Euro 2016: a Year of Historic Triumph for England and Chelsea’s Cahill?
5 players that Chelsea will be scouting at Euro 2016