The transfer market frenzy is now in full motion and Chelsea are being linked with every possible player, who could be on the move this summer and it has been quickly piling up.

First up is probably our main target at the beginning of the transfer window, Radja Nainggolan.

The Belgian is set to join Hazard and co. on the quest for the European Championship trophy, and could travel back to London after the tournament is over along with Hazard and Courtois, especially after he revived Chelsea’s hope of signing him after it’d died down a bit with some new comments:

RN: "With Conte they have a manager who always wanted to sign me. #CFC are a big club. But as long there's no contract, there's no transfer"

The 28 year-old would be a very welcome addition to our team with our lack of combative box-to-box midfielders quite as obvious as the sun. He could be on the pricer side but it would probably be worth it, if he is to bring us the solidity in midfield that we’ve been lacking for way too long.

Next up is another man hoping to win the Euros this summer, N’golo Kante. The 25 year-old has set the world on fire with his fierce performances for the miraculous Leicester City this season, and we along with Arsenal, PSG and Real Madrid are allegedly fighting to be the ones who activate a reported 20 million Pound release clause in Kante’s contract. Kante is obviously a catch for the rumoured price, and he fulfils a huge need for the team. However, it seems quite unlikely that we would recruit both him and  Nainggolan, and it be even more unlikely that he chooses us if some CL teams could match our financial offer to him, so I would be sad to admit an early defeat on this one, unless our board pull a Willian or a Salah out of nowhere.

Then there is Antonio Candreva of Lazio. Our new coaches namesake has spent a long time with the club from the Italian capital and has not really stood out that much, but he plays for the the Azzuri and we happen to share a coach with them right now, so such a rumour would make sense.

The price on the other hand, does not make sense. It is rumoured that we could pay up to 20 million Pounds for the Italian’s services, which would obviously be more than ridiculous. We have positively no need for a player in Candreva’s position (especially if we we’re going to play with three midfielders next season), nor do we need a player of his quality. So it would be business very terribly done if we were to actually sign the Italian.

Last on today’s list is Henrikh Mkhitaryan, one of the main men behind Dortmund’s ultimately unsuccessful but generally applaudable Bundesliga push. He’s also reportedly going for 20 million Pounds and is a ticking time bomb, seeing that his contract expires next year (the fact that all the prices are the same these days makes me suspicious about journalists abilities to make up stuff these days)

But of course, the competition for him is also reportedly fierce, and why would it not be, the man is coming off one of the best seasons of his career. We probably don’t have a too urgent need to sign him up, so unless someone leaves we are unlikely to make a deal come to life. 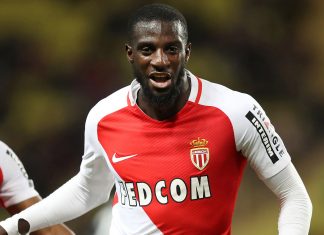 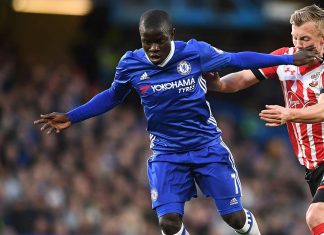 Chelsea’s three best players in the Premier League this season