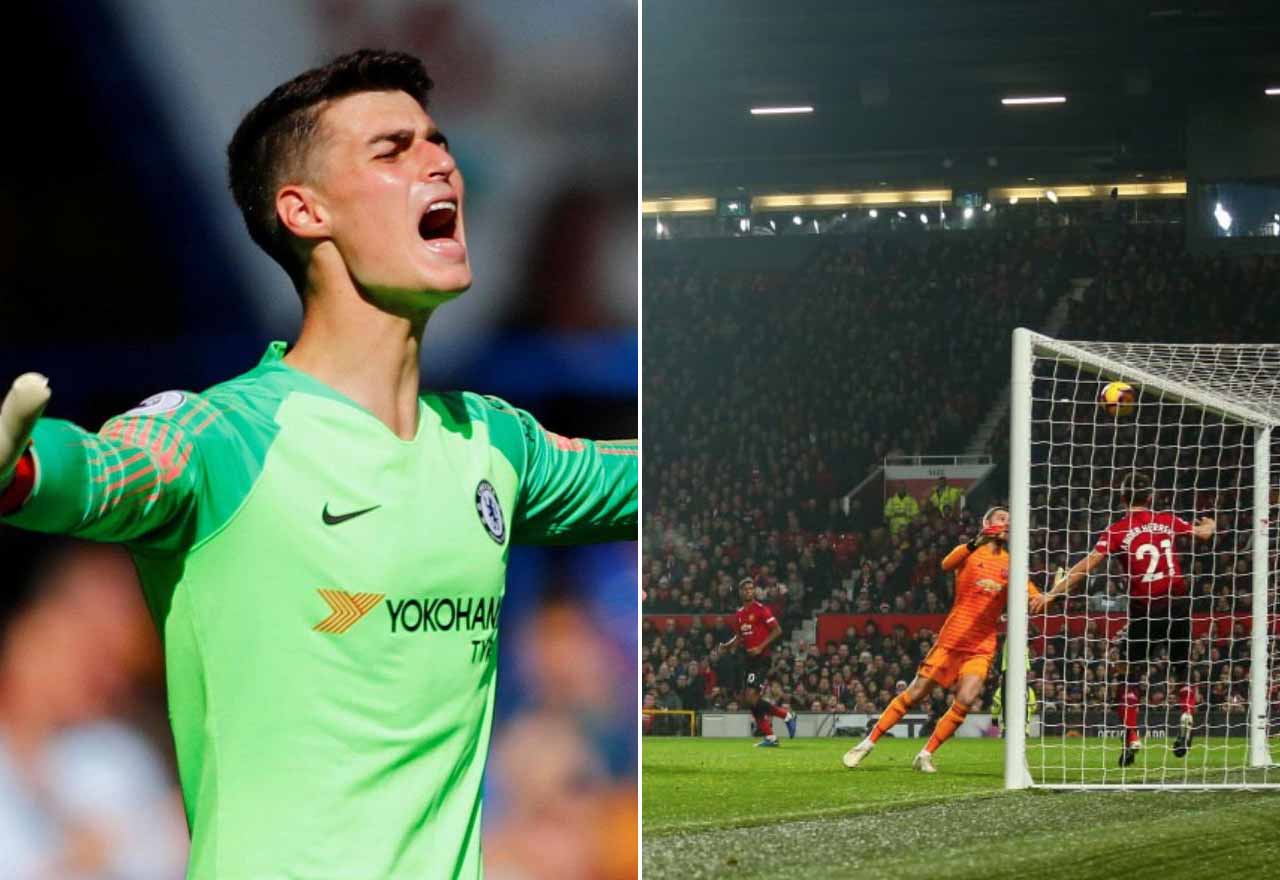 There we have it. As if we needed anymore, we have further evidence that Kepa Arrizabalaga should be Spain’s number one goalkeeper full-time.

David De Gea has occupied that role since the demise of Iker Casillas, and following a poor run of form from the Manchester United keeper, the time has come to pass the baton.

Arrizabalaga has been near flawless since signing for Chelsea in the summer. He’s the most expensive goalkeeper in history, yet there’s scarcely been a mention of the transfer fee.

He has personified value for money, and De Gea ought to be running scared – especially when he’s performing as poorly as he is right now.

We wouldn’t ordinarily cover a goal scored in a match between Manchester United and Arsenal, but De Gea’s butter fingers could prove to be a positive for Kepa.

What De Gea was attempting to do here, we’ll never know. What we do know, though, is that Arrizabalaga would have caught with his eyes closed…

(Video) Loftus-Cheek, and an enormous slice of luck, give Chelsea lead over Wolves
(Video) Wolves stun Chelsea with two goals in five minutes, Kepa at fault for the first