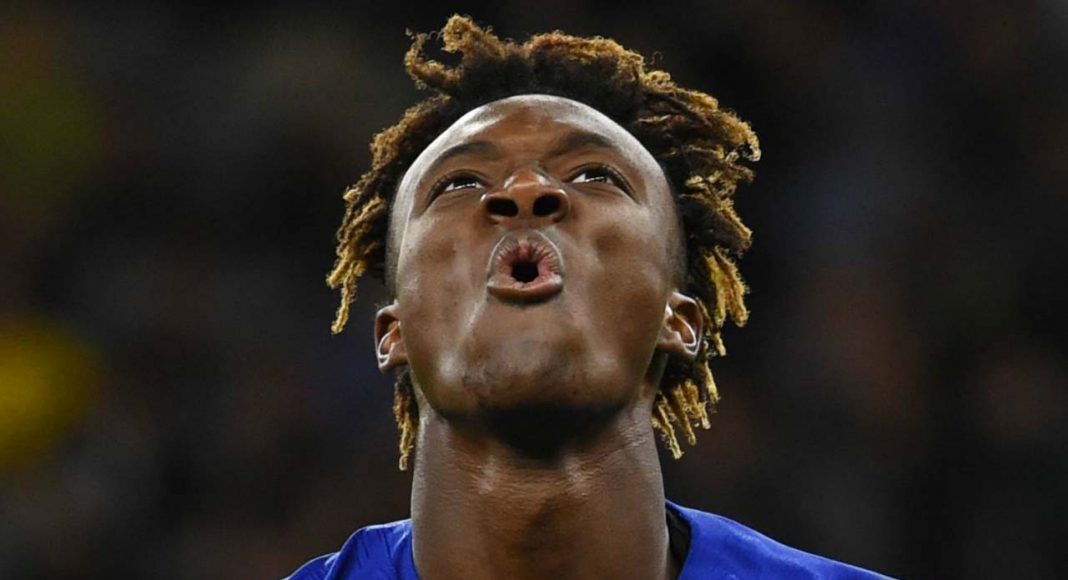 Chelsea have just three natural strikers on their books, but Maurizio Sarri doesn’t appear to have ruled out the possibility of one of them leaving.

According to ESPN, Tammy Abraham could be set to follow Michy Batshuayi out the exit door. Aston Villa are thought to be edging closer to striking a deal to take Abraham on loan.

His struggles with Swansea City last term proved that Abraham is not yet the finished article. There is improvement needed if he wishes to break into the Chelsea first-team. That development will only happen if he gets minutes under his belt.

Abraham is yet to play a minute for Chelsea in the Premier League this season. He wasn’t so much as included among the substitutes against Huddersfield Town or Arsenal. The 20-year-old’s chances of playing a significant role this term look slim.

Aston Villa would provide an interesting option for Abraham. The Villans will be pushing for promotion once again this term, having narrowly missed out last time around. Abraham proved himself able of thriving in the Championship during his time with Bristol City.

The Premier League proved to be a bridge too far for Abraham at such a young age. There would be no shame in dropping back down a division until he’s ready to compete.

ESPN claim that Steve Bruce is ‘determined’ to add Abraham to his squad. Playing under such an experienced manager, who would presumably provide him with the game-time that he craves, could prove to be a worthy step in Abraham’s career.

Sarri will, on paper, have just two strikers remaining. However, Eden Hazard has functioned as a ‘false 9’ in the past. Sarri fielded Dries Mertens in this role during his time as Napoli boss – don’t be surprised to see him do it with Hazard.