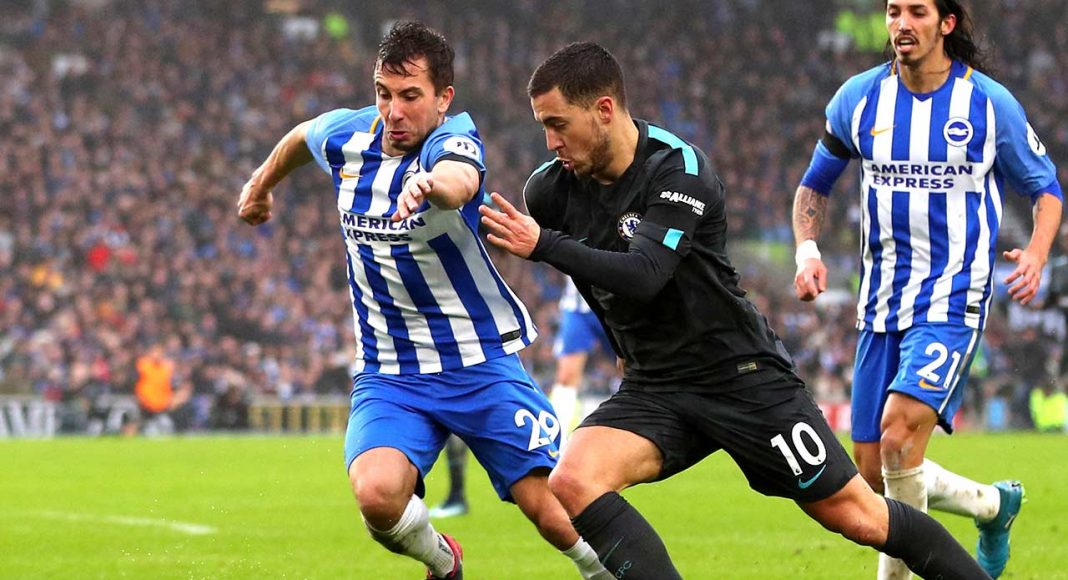 Chelsea are back in league action today and will make the trip south to play Brighton & Hove Albion. The blues will be looking to get all three points and keeps tabs on Liverpool,  Manchester City and Tottenham at the top of the league.

The last two Premier League games away from home have ended in defeat, losing to Tottenham and Wolves respectively. Sarri’s men will be looking to build on the stunning 2-0 win over Manchester City last Sunday and take all three points.

Most of the second string side drew a meaningless Europa League fixture against Vidi in Hungary on Thursday,  Cesar Azpilicueta, Eden Hazard and N’Golo Kante will come back into the side after they were rested.

Alvaro Morata is a doubt with a knee injury and Mateo Kovacic remains out with a thigh problem having picked up the injury in last weeks win over Manchester City.

Brighton do not appear to have anyone missing for the game, the only fitness worry is Iranian striker Jahanbakhsh.

What time does it start?

The game kicks off kicks off at 1:30pm in the UK this Sunday 16th December.

Where can I watch it?

The match will not be shown live on TV or online in the UK and highlights will be shown at 10:15pm on BBC’s Match of the Day 2.

Brighton are in fine form at home and have won three out of their last four games at the Falmer Stadium. Chelsea should be beaming with confidence after beating Manchester City at Stamford Bridge last weekend and should have to much for the Seagulls.