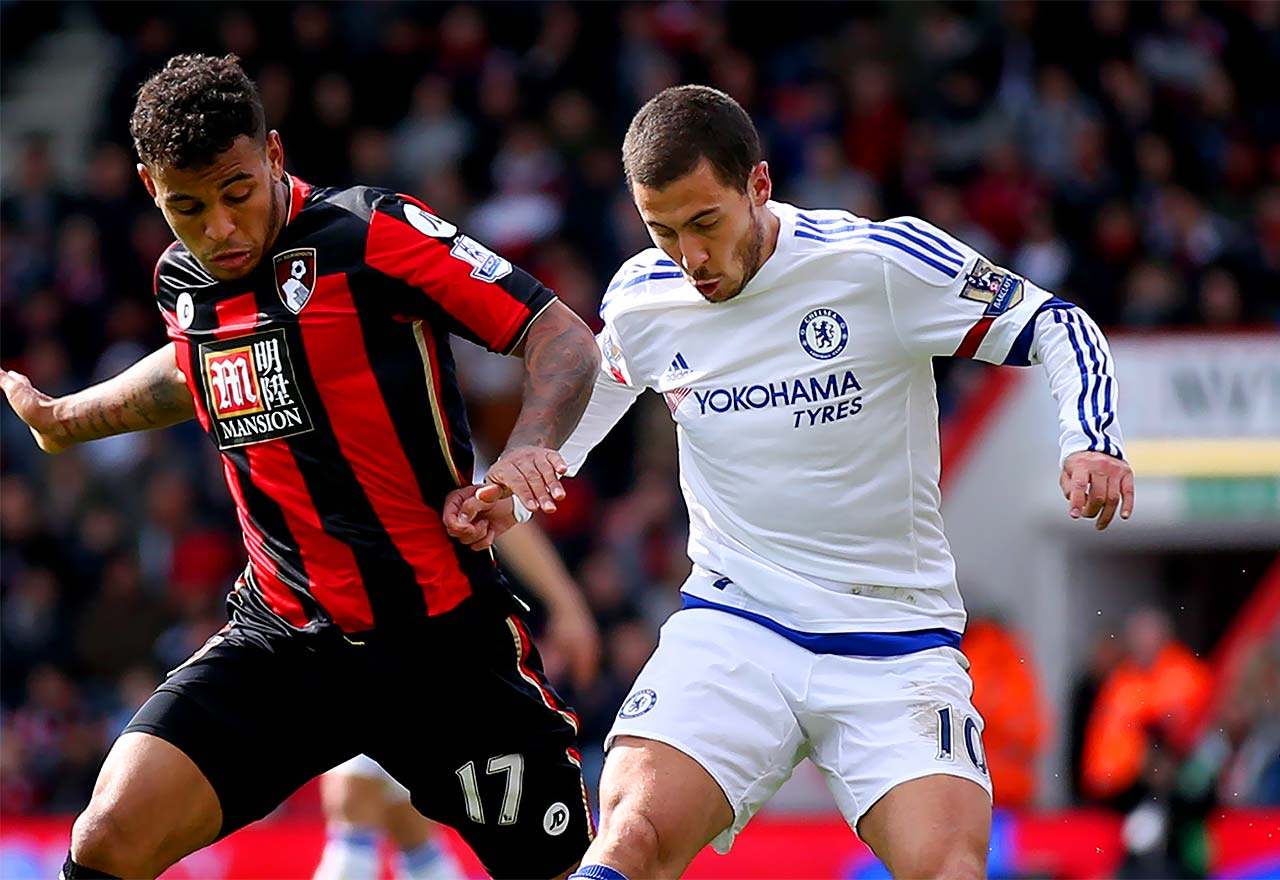 Just over a week ago the Blues won against Crystal Palace making it their third successive 1-0 victory in a row and 11 Premier League wins on the bounce. Tomorrow afternoon Eddie Howe’s Bournemouth side visit’s Stamford Bridge in a boxing day clash that could see Chelsea make club history with 12th consecutive league wins.

Chelsea have only won 1 of the last 11 league matches when Diego Costa hasn’t played so his absence could be a real blow. In 7 of his last 8 games the Spanish international has either scored or made an assist for the blues.

The goals will have to come from elsewhere and with no other forwards at the club it looks like Michy Batshuayi will come in to take his place.

Diego Costa and N’Golo Kante are suspended for tomorrow’s game after collecting their fifth yellow cards of the season against Crystal Palace last weekend. Michy Batshuayi is likely to come in and play up top unless Conte wants to use Hazard in the false 9 position. Cesc Fabregas will come in for Kante after performing well in recent weeks.

John Terry is set to return to action against Bournemouth although he will most probably have to settle for a place on the bench with Cahill, Luiz and Azpilliceuta performing so well.

For Bournemouth Nathan Ake is on loan from us so cannot play and Lewis Cook, Junior Stanislas and Andrew Surman are all out injured.

ITS A BIG GAME FOR

The Belgian’s not had the chance to prove himself since moving from Marseille in the summer due to Diego Costa’s brilliant form.

After one assist in his first game and an equalising goal in his second, he has not made any significant contribution in the Premier League in 8 appearances since. WHERE CAN I WATCH THE GAME

The games not on TV in the UK, you’ll have to wait until Match of the day in the evening for highlights.

Chelsea haven’t lost a league game on Boxing Day since being beating 4-2 by Charlton in 2003. I can’t see that stat changing tomorrow even without our best two players this season Diego Costa and Kante.

I’m tipping Chelsea to come out on top with Hazard scoring both goals.