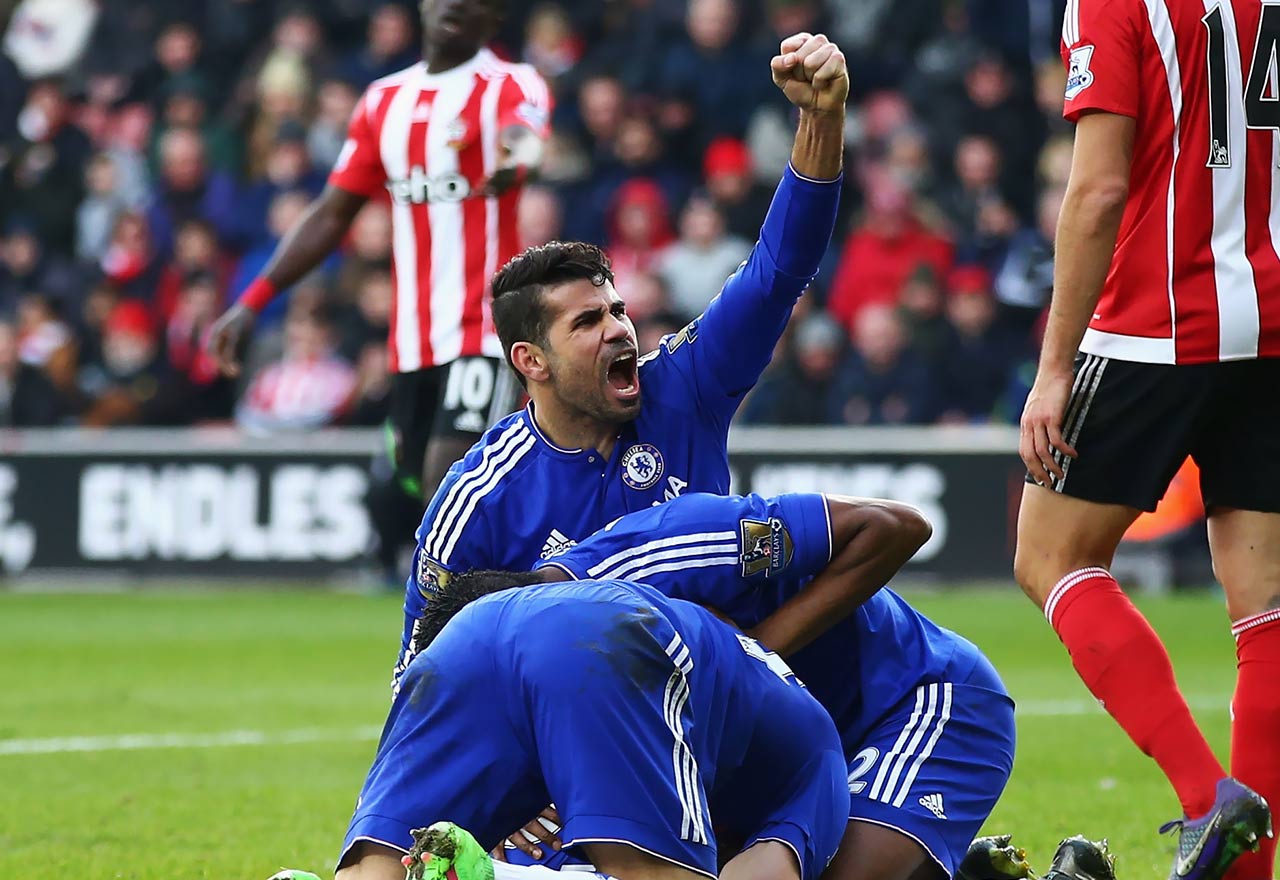 Today Chelsea travel south to play a Southampton side who are unbeaten in there last five Premier League games. The blues also go into the game in good league form winning there last 3 without conceding a goal.

The game midweek against West Ham was disappointing and frustrating to watch as we exited the League Cup at the hands of West Ham. Everything must go into getting a better result and we need to be clinical in-front of goal.

Looking at the Saints Claude Puel‘s side are very well organised, will be hard to break down and just don’t concede goals. They’ve done well this season and are undefeated in their last nine games at home.

Antonio Conte is most likely going to revert back to the starting XI that beat Man Utd so comfortably last weekend. Victor Moses and Marcos Alonso will most probably start as wing-backs.

It’s uncertain if John Terry will keep his place in defence after the Chelsea skipper endured a tough night against West Ham on his return from injury. This game comes a few weeks to early for Kurt Zouma who is expected to re-join first-team training on Thursday.

Branislav Ivanovic will be back available for selection and it looks like Cesc Fabregas is still out with a thigh injury.

WHAT THE MANAGER SAYS

“Southampton are a very good team, very strong. I watched many of their games and I like Puel. His team play offensive football and in every game they play good football. In the last game they played well against Manchester City and had many chances.”

“They are more compact in defensive situations and I’m sure on Sunday it will be very tough, but it will be a good test for us to continue after three good games. This test is different because it’s away from home against a team in good shape. For our ambition it’s a big test.”

Chelsea came back from a goal down to beat Southampton with a late Branislav Ivanovic header in this fixture last season.

WHERE CAN I WATCH THE GAME?

The games live on SkySports in the UK, NBC Sports Live Extra, Telemundo Deportes En Vivo (USA); Star Sports (India) are other channels showing the game around the world.

This will be the hardest game we’ve had in a while against an inform Southampton side. We’ve also been in good form so i’m going for a close 2-1 Chelsea win the same as last year.