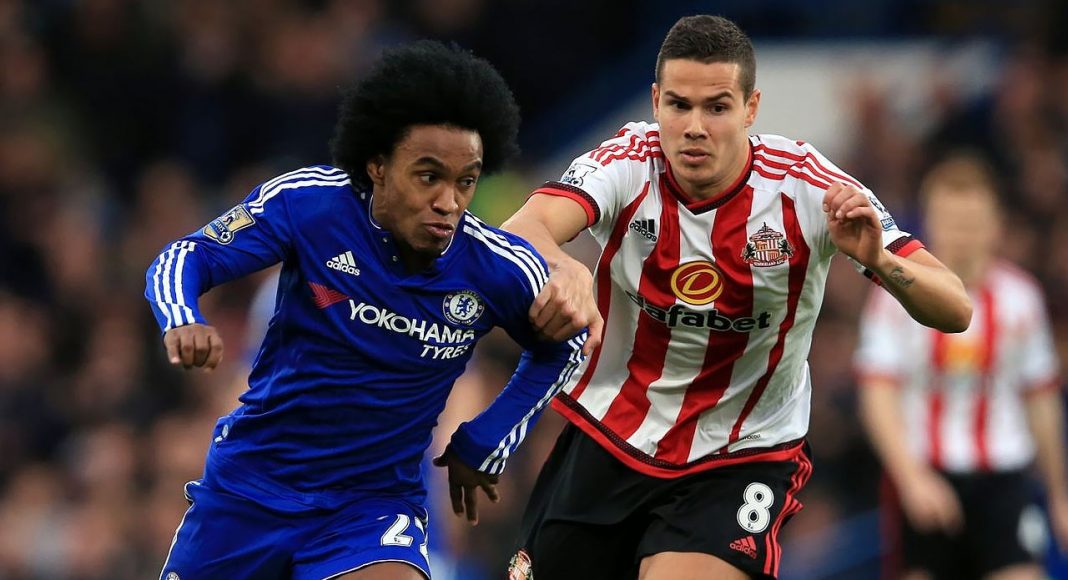 After a startlingly wonderful second half display, led by the rejuvenated Eden Hazard, against rivals Tottenham on Monday night, a game in which ended Tottenham’s title chances, Chelsea face a trip up North to face Sunderland as the season’s end looms.

Sunderland are in a fight for their lives, with rivals Norwich and Newcastle set to face Manchester United and Aston Villa respectively. With Newcastle expected to beat the already relegated Aston Villa, Sunderland cannot afford to take anything over than 3 points away with them on Saturday.

All Chelsea players are available for selection apart from the long term injured Kurt Zouma and Loic Remy. There’s a chance Guus Hiddink will let players who haven’t played as much recently start the game.

Full back Billy Jones (hip injury) could be unavailable for selection.

‘It’s important for ourselves, for our pride and for our enjoyment of football,’ Hiddink began.

‘I am not going to change a lot in the team,’ Hiddink added. ‘Before, I made some changes with Academy players, but it would not be fair to do it again to the other teams we are approaching in the last games.

‘You have the obligation as a player to act well. They did that in the previous games against Bournemouth and Tottenham and we are going in to the last three games with the same attitude.’

‘We will give them as much resistance as we have. They are now in the relegation zone which makes it not easy. They have a very experienced manager who will fine-tune the team in the right way I think.’ Chelsea needs to win this game (match), and am praying for that.

Previous articleConte VS Guardiola VS Mourinho- who is the best manager? Who will achieve success next season?
Next articleWalkout on 26 minutes for John Terry